Day 1: I masked off the bits of car that I wanted to get no paint whatsoever. After that I gave the cage and mounting pads a rub-down with some mineral spirits, followed by a pass of Isopropyl Alcohol to clean off any residue, and then got the first couple coats on the majority of the cage (ie: the bits I want to be red). 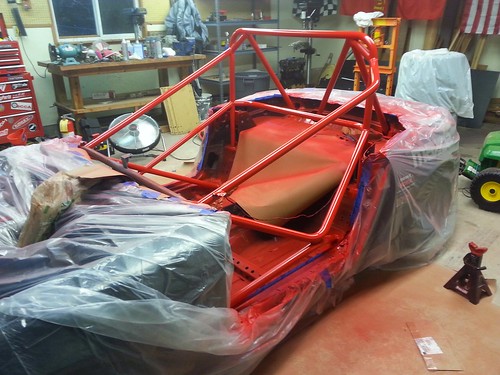 Now it’s starting to look like a race cah! Day 2 involved lots and lots and lots of brown paper and masking tape. Just, so much. Obviously at this point, we want to protect anything that is currently red, that we want to *remain* red. 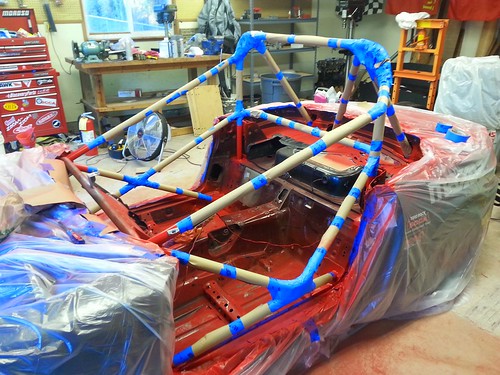 Awful picture, but you can see how much of the red on the floor is just dust that basically wipes right up. A little Mineral Spirits and Boozeohol and voila: paintable surface. 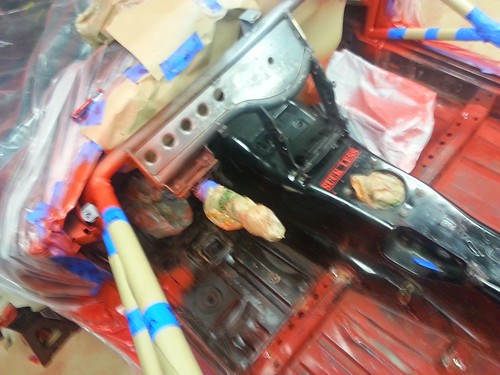 I feel like I should have left that until after the last coat of paint was on before pulling it. 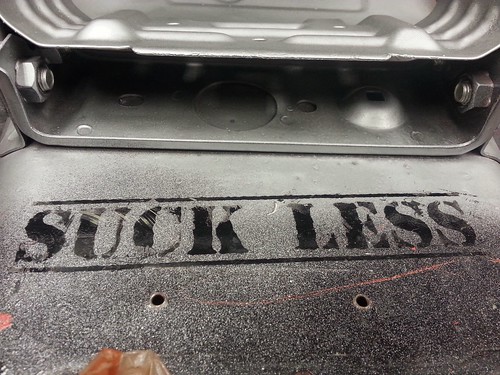 The final product of part 1. The next few days will be filled with Thanksgiving festivities in various parts of the South East, so now that the bits prone to rust (that I just spent a bunch of money on to get fabricated) are less prone to rust, I think I can take a couple days off. 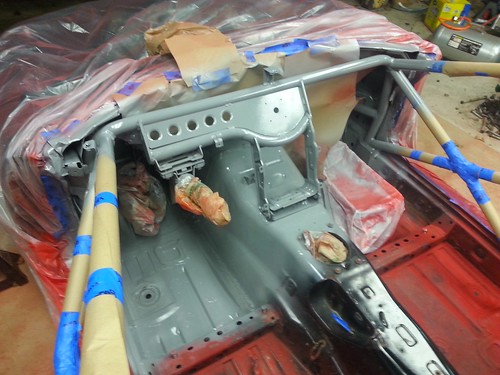 The remainder of the interior will be cleaned & painted in sections over the coming weeks.

Solid progress doesn’t begin to describe it. The car looks rowdy and even more purposeful than before. I’m also SUPER excited to have it back in my possession so I can start the job of getting it back into race-ready shape. There’s a ton to do, but  for the time being, here are some unfinished shots of the completed cage.

It’s the first time it’s seen daylight in a while. Note the Dzus fasteners on the dash cover. 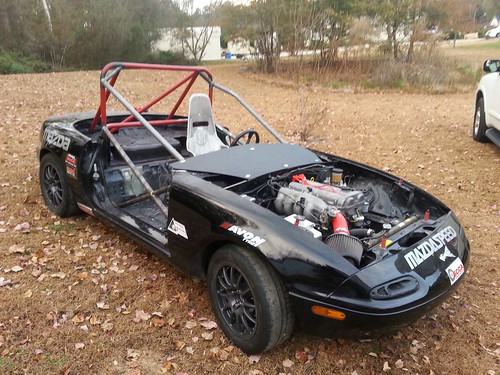 I put the hood on just to see how it looked covered up. It looks outstanding :D. 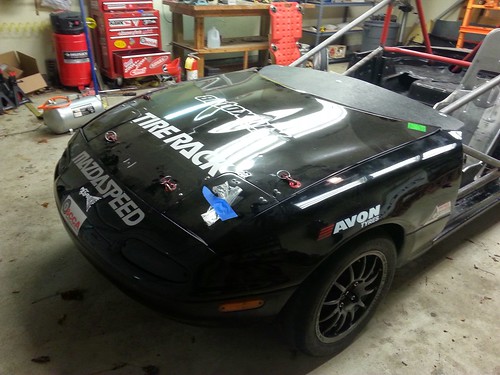 Dave said that since he had dimple dies, he might as well use ’em. I’m so glad he did. 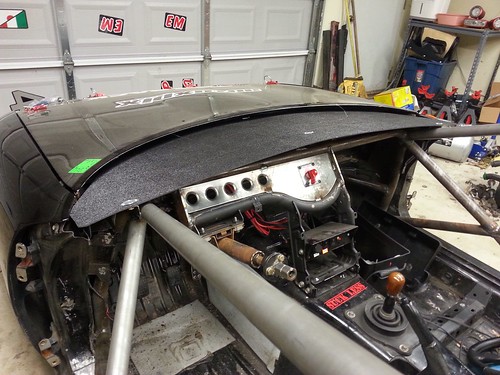 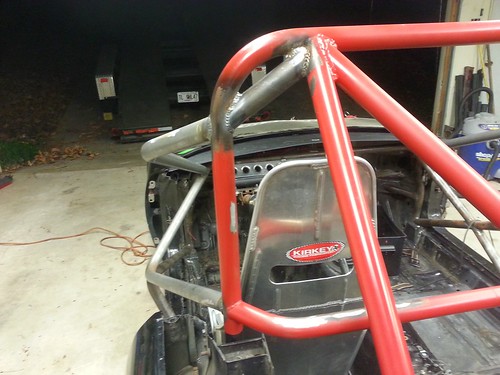 Dave managed to keep the dead pedal as well. 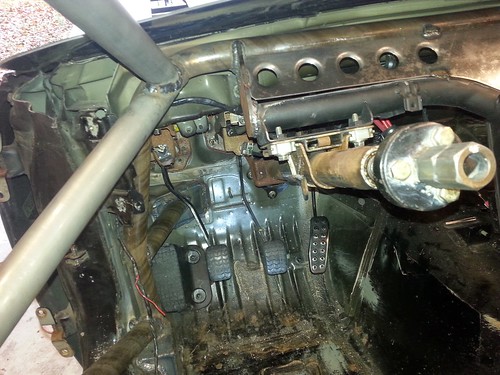 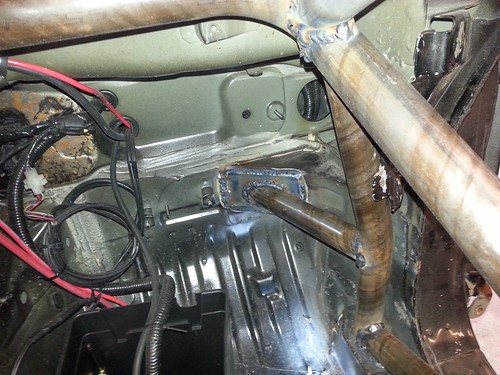 It’s been a while since I’ve had much to report, however I got these from my cage builder last night. There’s still the passenger side down-bar and gusset, and a few dzus mounts for the dash cover and a mount for the kill switch, but we’re getting there and it looks killer. 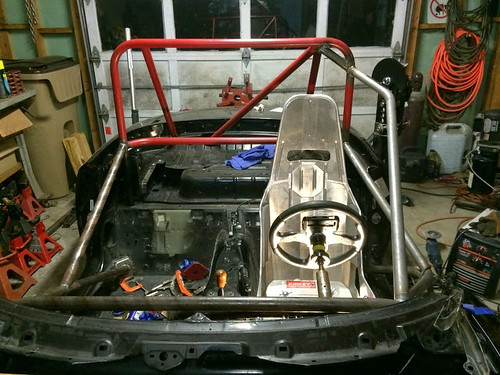 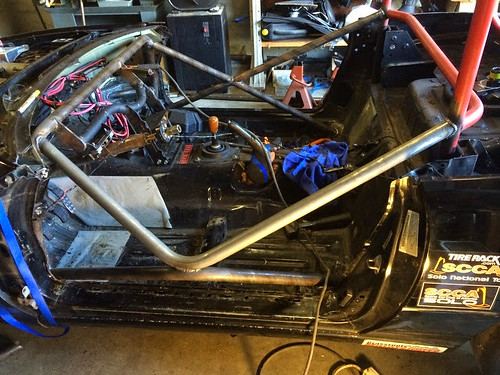