Well, it’s not beyond salvage, but it defeats the purpose of “buying a junkyard engine just to drop in” if you can’t just drop it in.

Anyway, onto the troubleshooting.

When I flipped the engine back upright, I went from being able to spin it ~360°, to being able to only spin it 180°. Weird. At this point, I was genuinely convinced I’d managed to drop a small fastener somewhere into the engine, and it worked its way through an open valve. So, before I approached the person I bought the engine from, I wanted to make damn certain that I hadn’t done something incredibly stupid. Given that, the head had to come off.

Good news: it’s not my fault! …this time.

Bad news: the motor is thrashed. It’s about as bad as I’ve seen from a motor that still supposedly ran when “parked”. It actually looks better in the pictures than it does in person. You don’t get a scale for the depth of crap built up in this thing. Apparently when I flipped it to clean the block and oil pan, it dislodged some of that crud, and that was fouling the pistons from travelling fully up the bore. 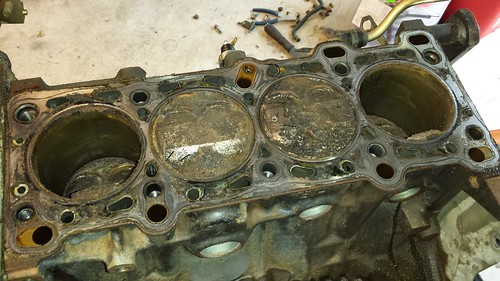 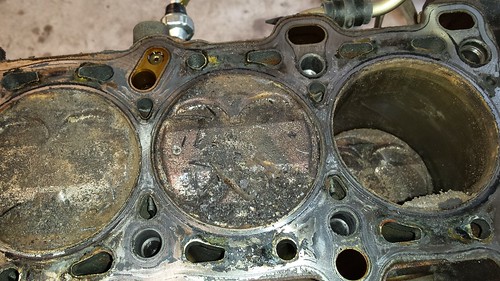 Given the state of the bottom end, I’m surprised that the valves were relatively intact. At least the head is probably salvageable, but I don’t think I’d really trust it on the car at this point. 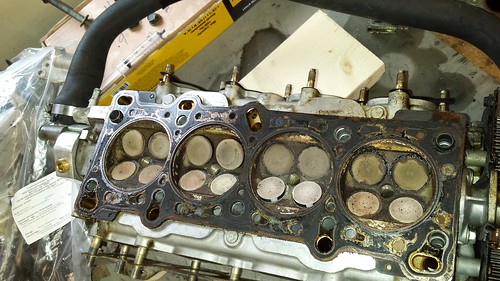 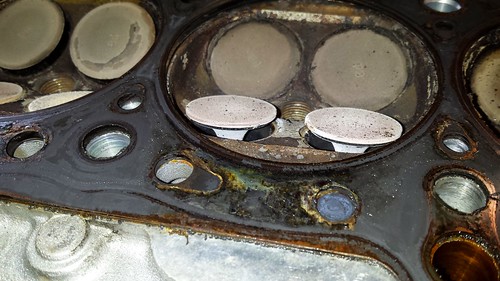 Next steps are still TBD.