After making a few repairs to the roof of the workshop, it was time to get to the real work.

The first job was to get the front coolant neck off and replace it with a block-off plate that also houses the radiator fan temp sensor. The cam gears and timing plate have to come off for that. The red is a ring of RTV to seal everything up: 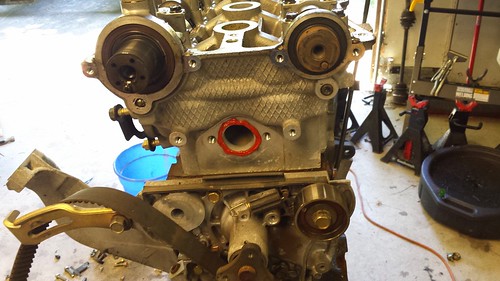 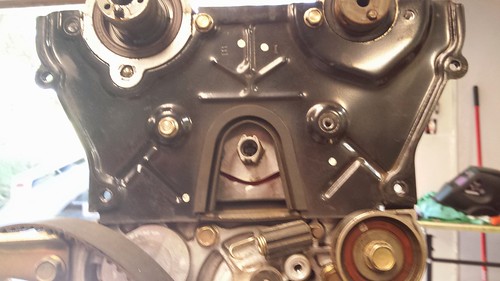 I replaced the VC gasket while I was there as I had a new one kicking around, and swapped in new exhaust studs. I also finally found a home for the Unorthodox Racing pulley I’ve had kicking around the shop for several years. I really do like how clean the motor looks without the stock coolant neck. It’s a stupid thing, but it cleans up the front of the engine a lot. 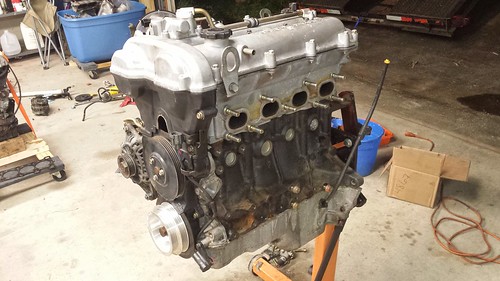 The alternator, lower intake manifold, injectors, oil pressure switch, cam & crank sensors, alternator and several other odds and ends are installed. The NB2 motor (or, at least, this 03) uses all manifold studs instead of a mix of bolts and studs like the earlier motors, which makes hanging the manifold and installing the hardware so much easier. 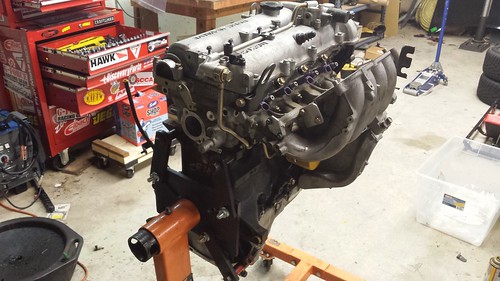 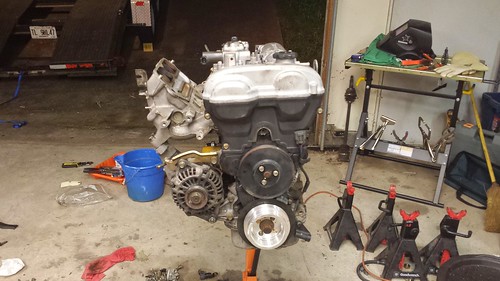 Fitted up the EGR blockoffs. 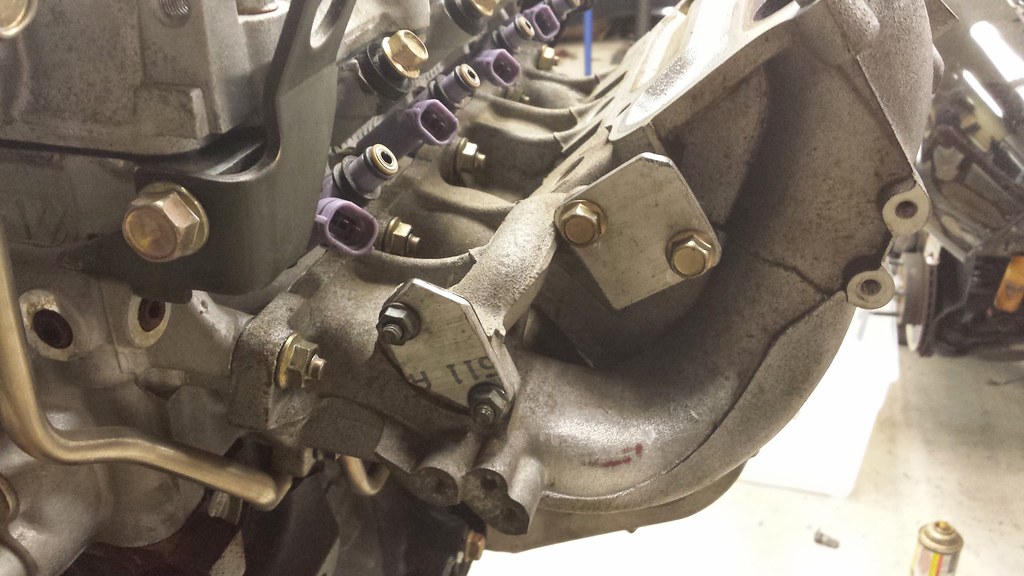 And yes: Loctite on basically everything. To the point where I, for the first time ever, finished one of the large tubes of Loctite and had to pick up another. I’d never run out before…I didn’t think that was possible.

Still a long road involving a new ECU and some wiring changes for the new motor & sensors, and the VVTuner, to get it running, bit it’s so very close to being ready to drop in.