Well, it’s finally happened. After almost 2 years of prep and a ton of help from a ton of friends, all the stars aligned and I was finally, FINALLY able to make my first Hill Climb.

Honestly , just being there with my car in good health felt like a massive win after all the bumps in the road leading up to this weekend. 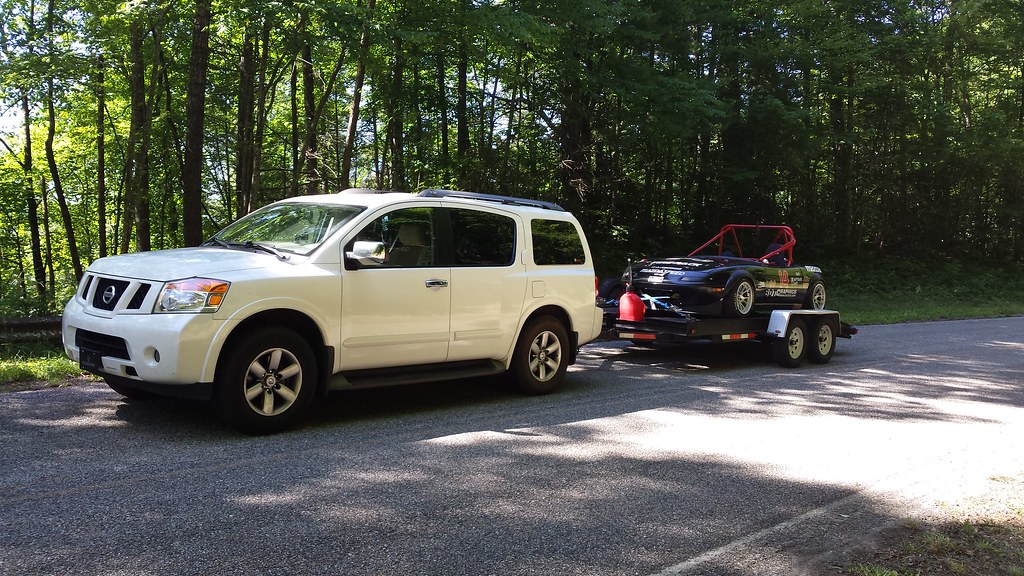 The weather forecast was perfect, but you never know in the mountains so I brought everything but the kitchen sink. The little Honda generator and shop fan were invaluable in keeping our drivers cool during down-time between runs. We paddocked and shared a cabin with Heikki (Turbo Miata powered Locost 7) and near Lars (Factory Five Cobra NASA Challenge). 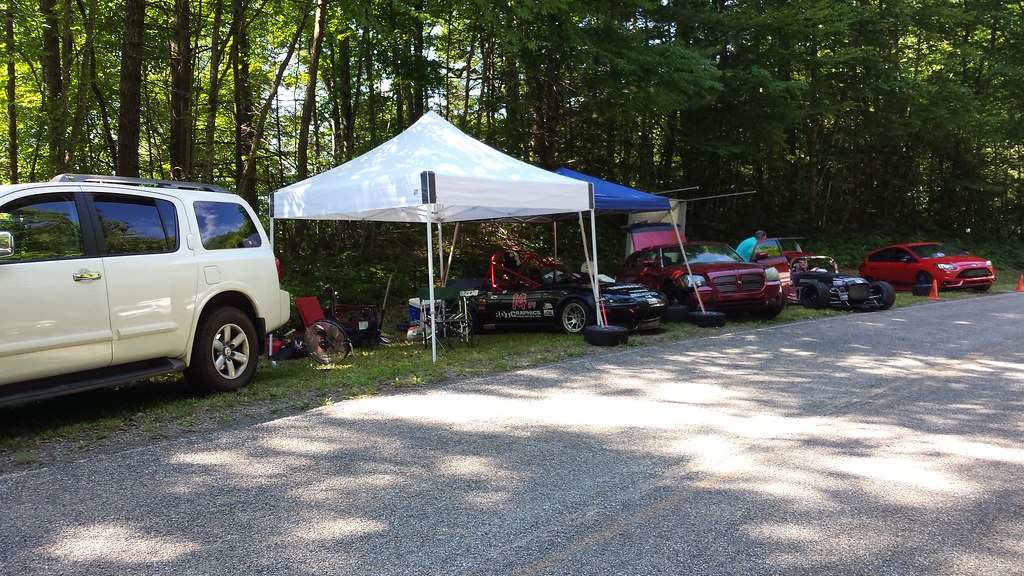 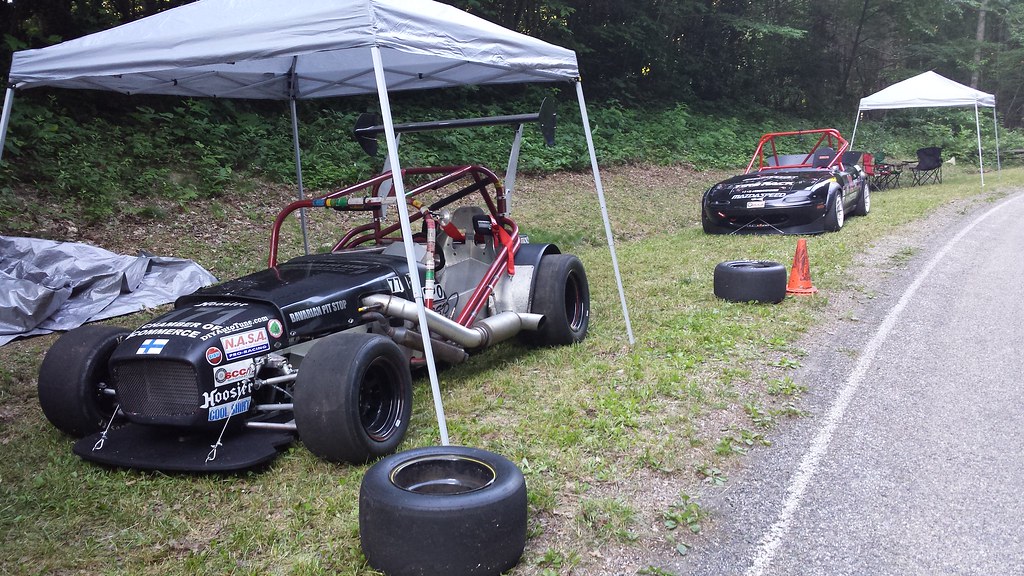 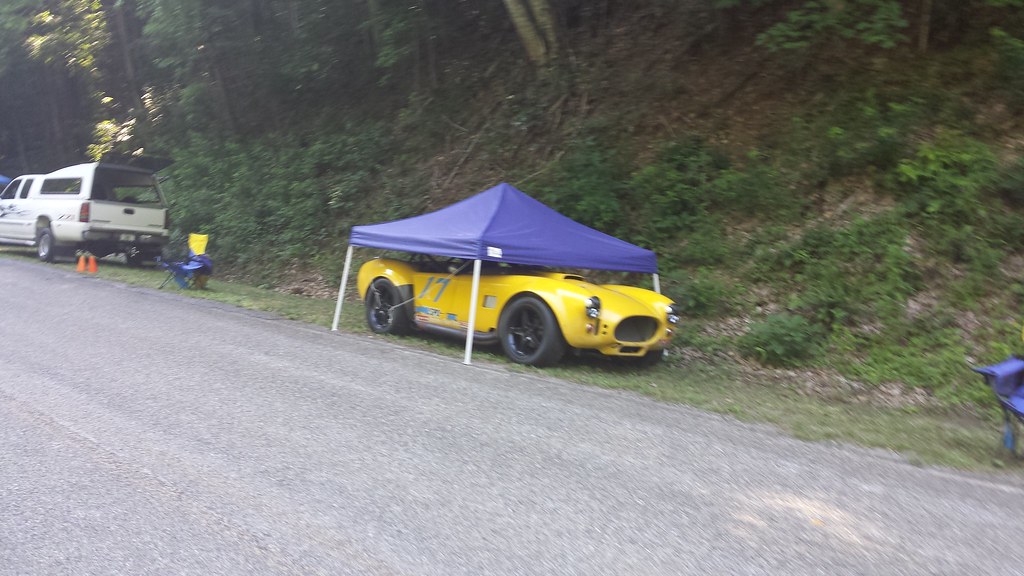 Friday included loadout at the paddock spaces, registration, and my car’s first Club Racing tech inspection. Everything went smoothly and I ended up, as hoped, with my car’s brandy-new Logbook number stamped into the roll cage. 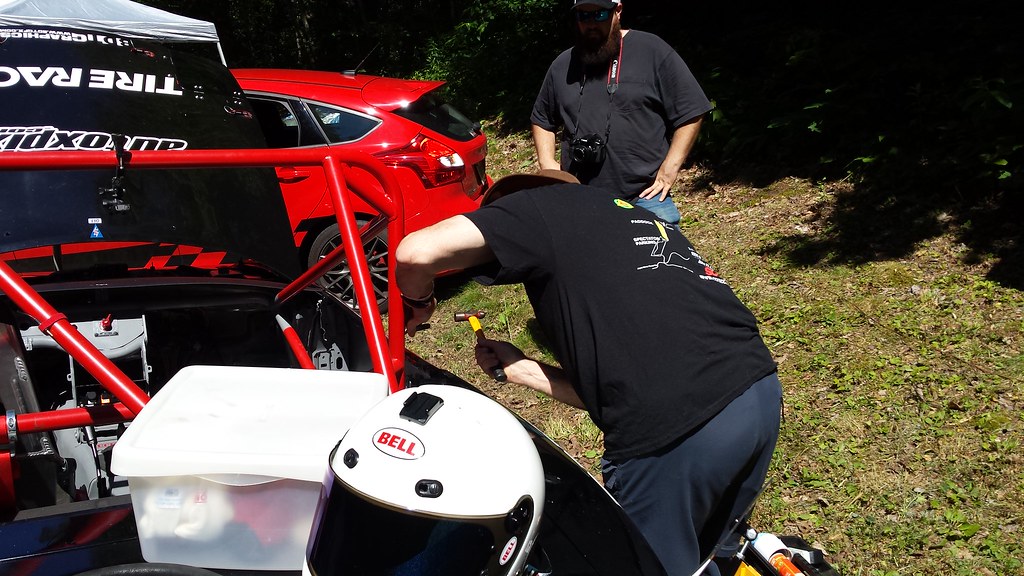 With the formalities out of the way, we beat feet back to the cabin for some brews and a bonfire under the stars. 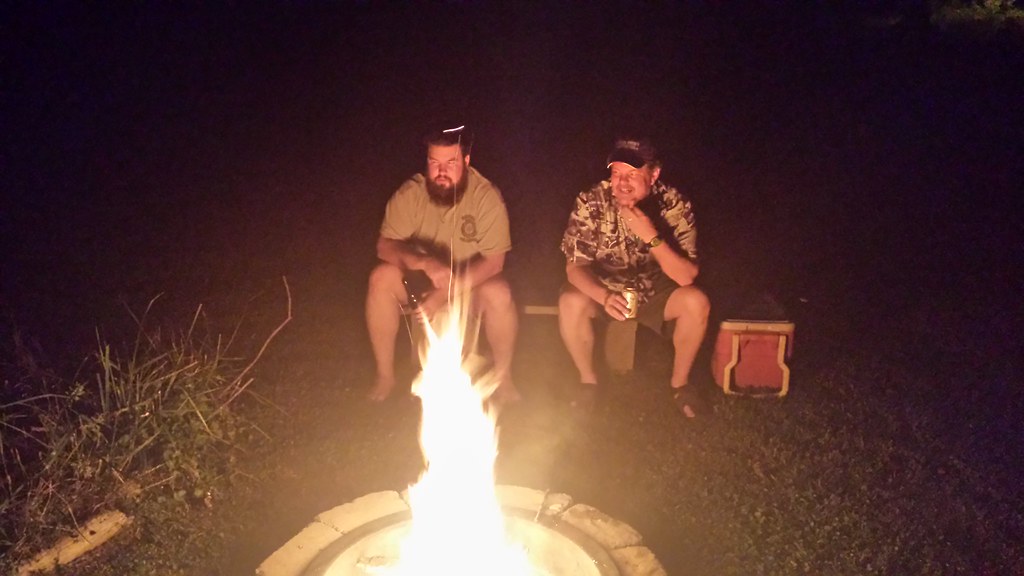 Saturday ended up being one of the most fun days I’ve ever had racing. After I got the butterflies out with my first couple of runs, I was able to make steady progress on the time sheets. By the lunch break I was in the top 10 overall.

I kept progress pretty steady through the day. I lost the time slip for my 142 second recce run my 1st time up the hill, but other than that, progress was steady as I felt out what the car liked on the bumpy surface, and where I could push and carry more speed. 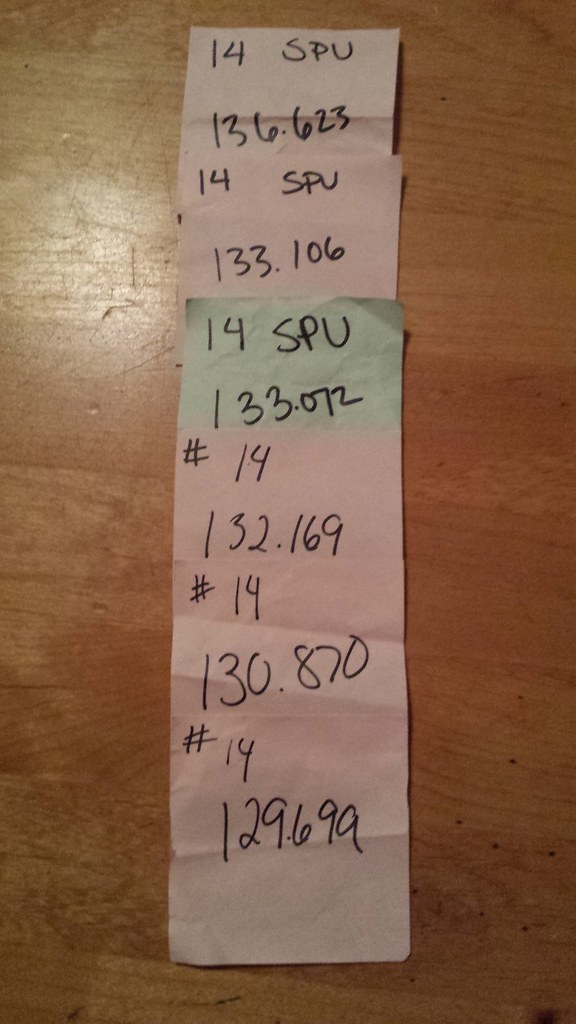 By the end of the day, I was 1st in class and managed to snag a spot on the leader board. I knew a few of the faster cars were struggling with gremlins (including eventual, and multi-time King of the Hill Heikki), but I could not be happier with how the day went. 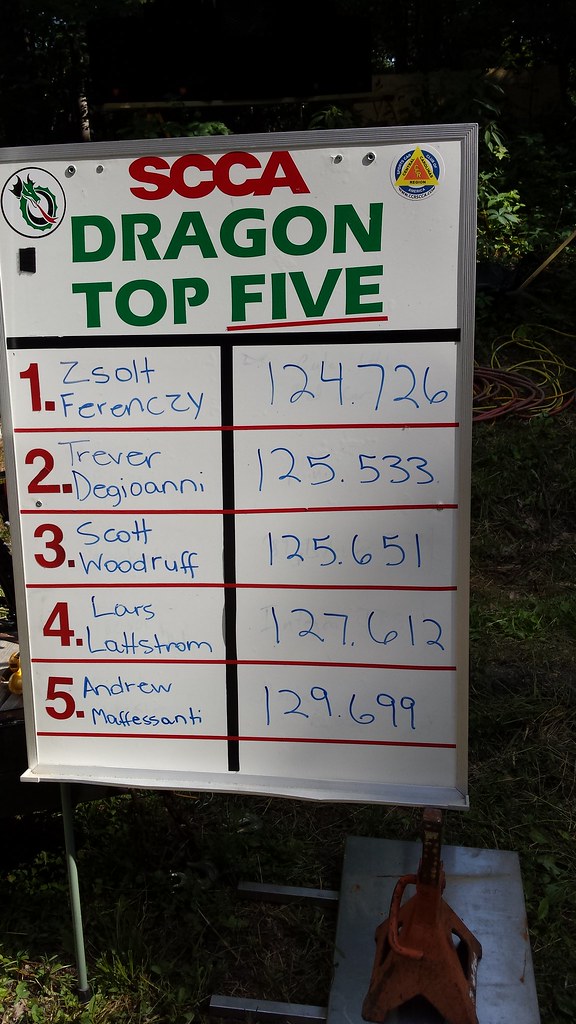 At the close of day 1, it was definitely Beer O’Clock, then off to the worker appreciation party in Robbinsville.

For me, Sunday was a relaxed, fun day. As far as I was concerned, I did the work I wanted to on Saturday. I ended up ripping off a flyer the last run before the lunch / quiet time break that chipped a few tenths off of my Saturday fast time, but mostly ran consistent, fun 130 second runs while playing with line choice through the corners.

That change in line came back to bite me in a small way leading to the only real issue I had of the weekend, where on the final run of the day I hit a bump through the spectator section I had previously missed that knocked 1 of the front mounts for the splitter off. By the last sequence of corners, the second mount had also failed as I could hear rubbing but everything felt ok on the car. At the top of the hill I removed the splitter for the run down. Thankfully it will be an easy fix that I already have better designs for. 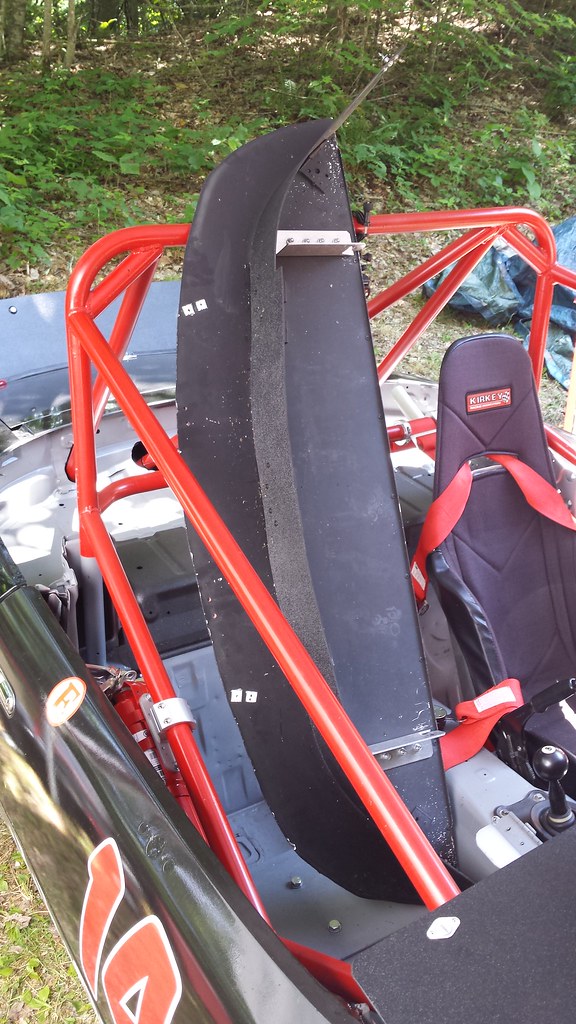 It was in good enough shape to hang on the car (with some help) for the tow home: 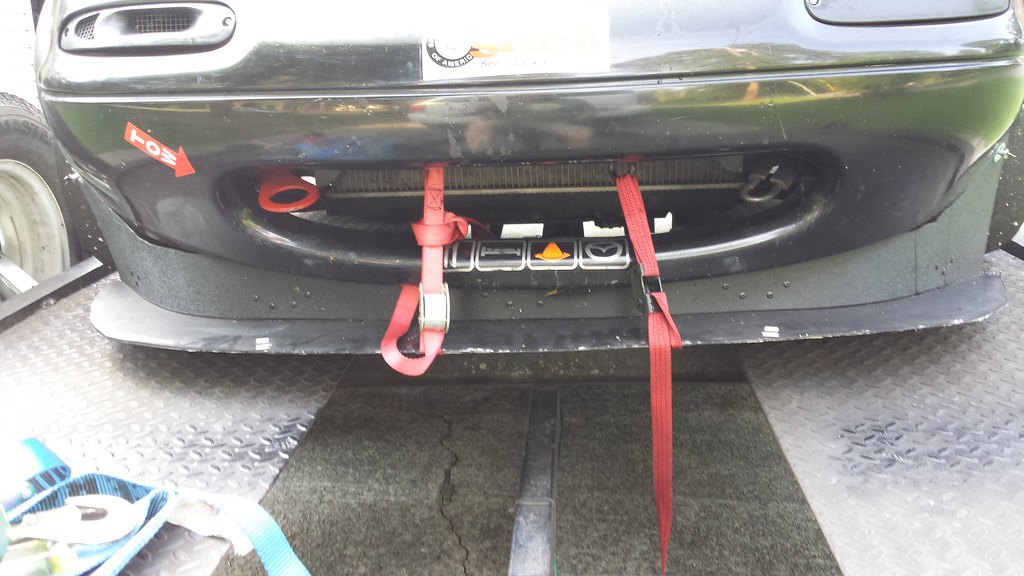 After that minor bummer, we packed up and headed to the trophy presentations.

The King and Queen of the hill were crowned and received engraved stainless steel swords for their efforts: 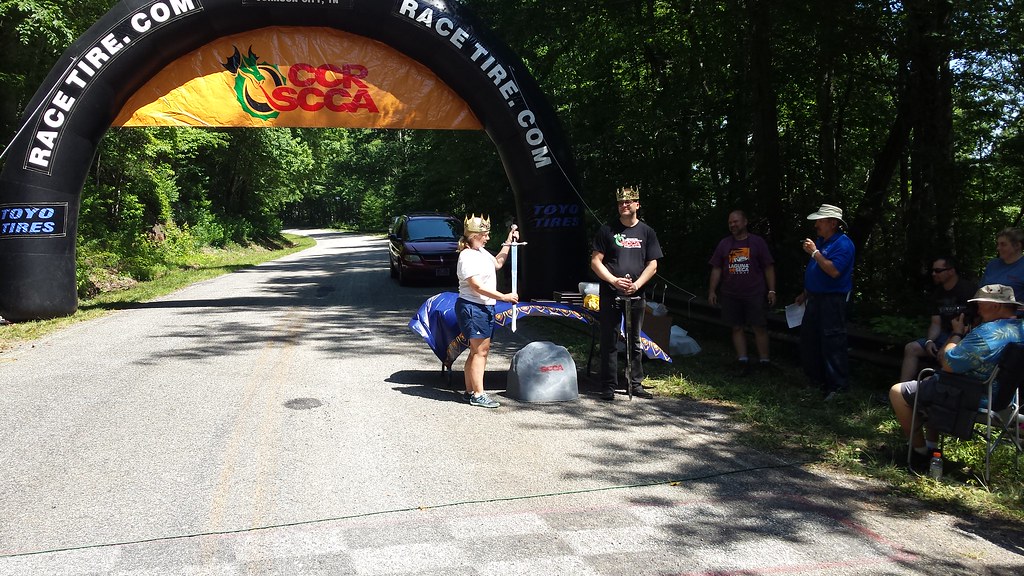 And I took home what I feel like was one my hardest earned wins given the family health issues and car trouble and effort it took to even show up on the mountain. And I couldn’t have done it without the help of a huge number of folks who I can only try to thank enough. 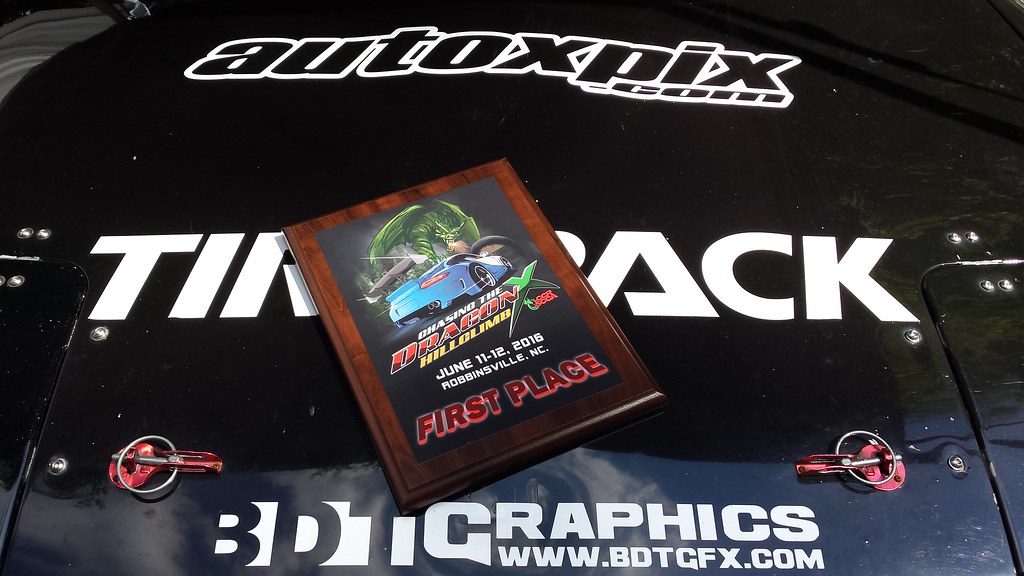 Check out my full album of the event HERE. There’s some REALLY cool hardware at these events.

This was my fastest run up the hill.

And again, because I literally cannot say this enough: thanks again to everyone who helped get me and the car to this event, and to the CCRSCCA & SEDiv Time Trial organizations and the corner workers who worked their TAILS off putting on this event.

EDIT: A friend tracked down the overall event records and times, and found out that I was only 0.5 seconds off of the SPU class record. As though I needed motivation for next year! Maybe I’ll pull the ballast and corner balance the car (for the different weight) next time 😀

I absolutely adore my 6# flywheel, but it does make getting the car over the hump onto the trailer a challenge. The last couple times I had to make course corrections part way up, I could smell that the clutch wasn’t happy. Since Harbor Freight had a sale going for their 2500# winch, I figured, for $50 and a bit of blood and sweat, why not?

This is my highly technical concept diagram on how I wanted to mount it. Given how short the legs are, I opted to keep both legs straight because…I had scrap pieces that were the right length 😉 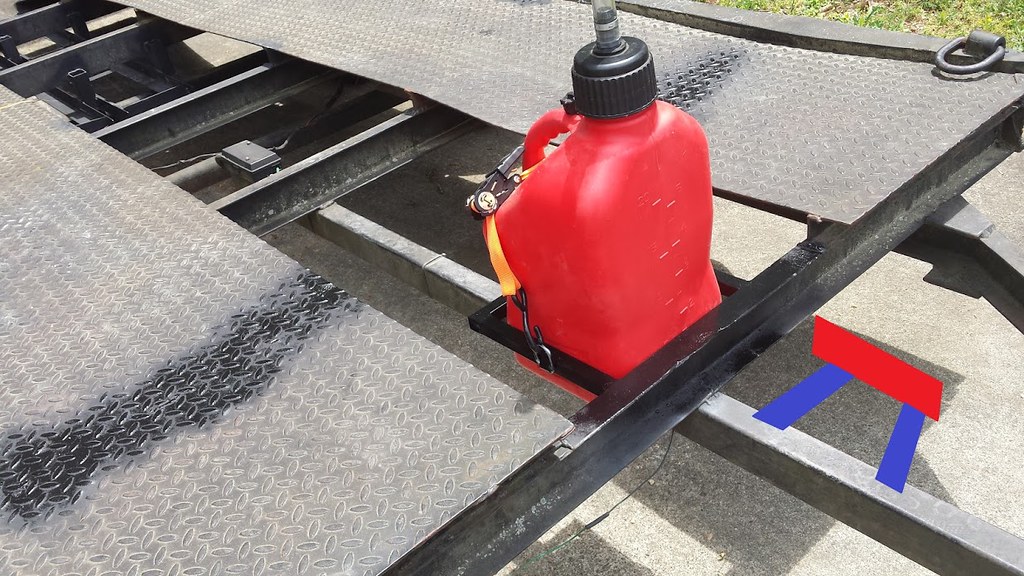 Here’s my starting point. I snagged a 6″ receiver tube, and since I didn’t have any 2″ tubing long enough, cut up a Harbor Freight 1 ball hitch: 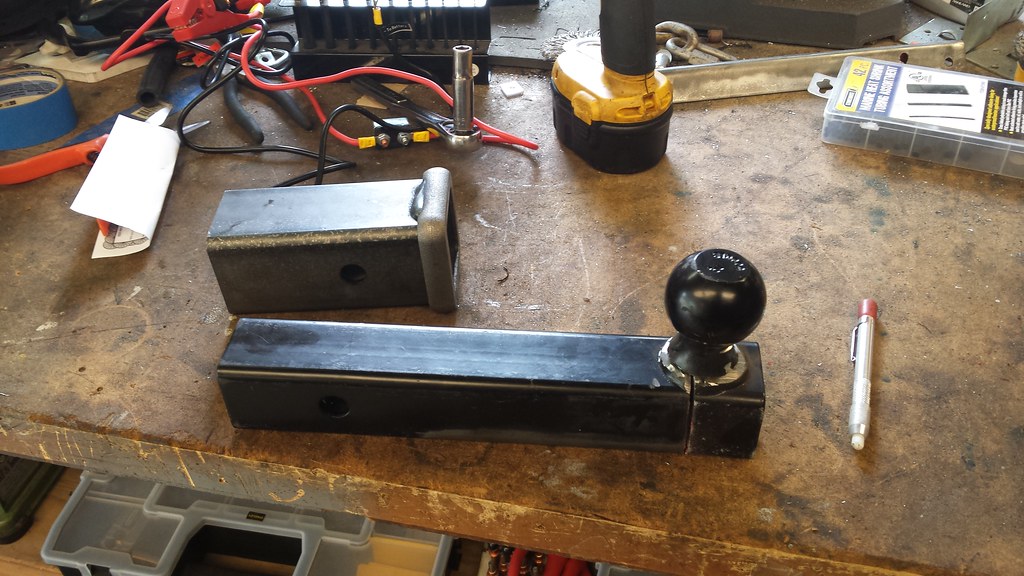 The black-on-black makes it difficult to see, but here is the trailer-side mount, along with the 2″ hitch welded up to the winch mounting plate: 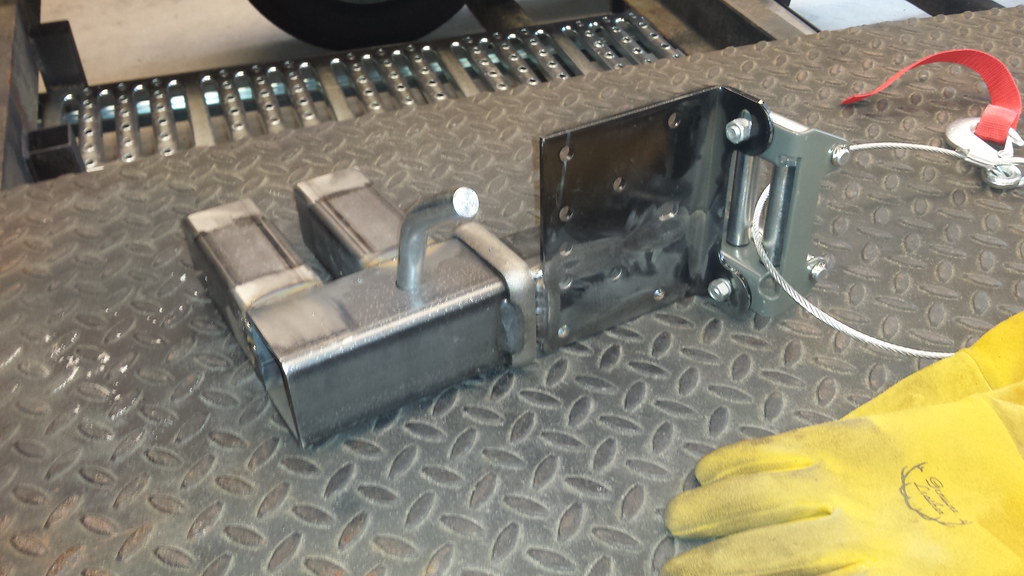 The trailer-side mount welded in place: 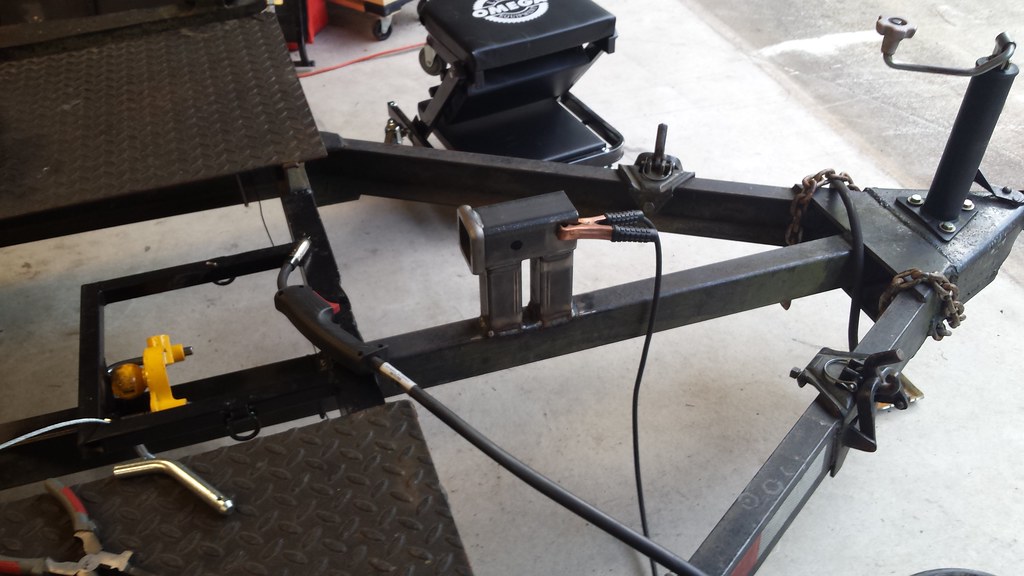 It fits with the fuel jug, but it wouldn’t take much wiggle for it to rub, so I’ll likely end up hooking the…hook… to the back side of the receiver tube. 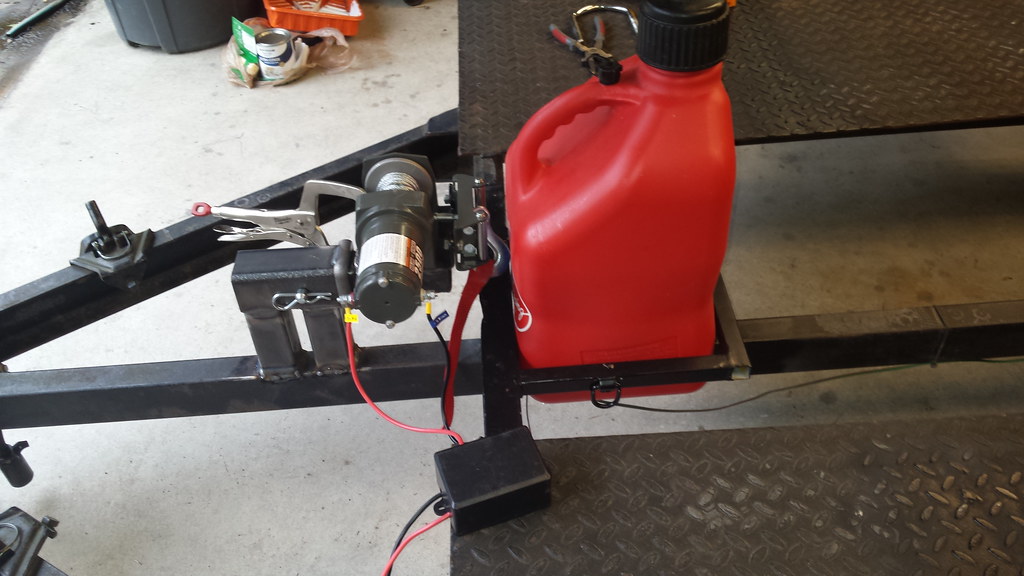 I decided to run the winch off of the truck instead of having another battery on the trailer. It’s sort of a 6 of one, a half dozen of the other situation, but I mostly didn’t want to have another battery to buy, maintain, and maybe get stolen. Because of that, I needed a couple of small mods on the truck side. In the engine bay, the main things needed are a Circuit Breaker (just in case) to protect the truck-side wiring: 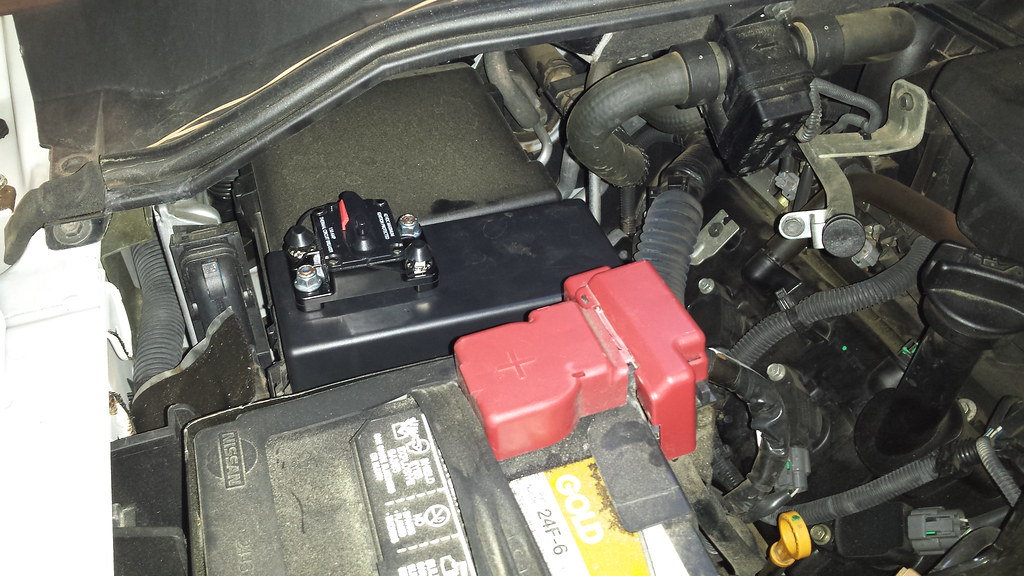 About 50′ of 4 ga battery wire, and a pair of very large Quick-Disconnectors for the rear of the truck. This shows both the truck and trailer sides hooked up while I was hunting around for somewhere to put them, and discovered a very convenient M6 bolt hole on a metal bracket that secures the bottom of the rear bumper in place. It couldn’t be more perfect. The shiny bit on the right is one of the valves for the rear helper air-springs: 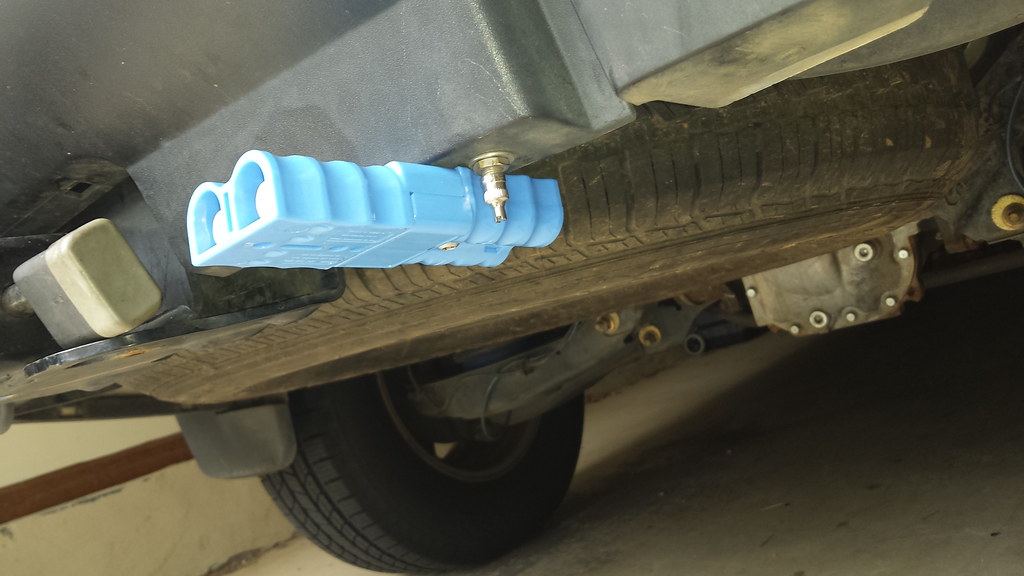 After running most of the wiring for the truck (save the jumper from the battery to the circuit breaker, to keep the harness ‘cold’ so I could safely work on the wiring) it was time to work on the trailer side.

The winch comes with some pretty uninspired 10gauge wiring, so job one was replacing all of that. I’m also crimping *and* soldering all of the wire terminals. You can see the difference in size between the 4ga wire I’m running, and the stuff it comes with here. 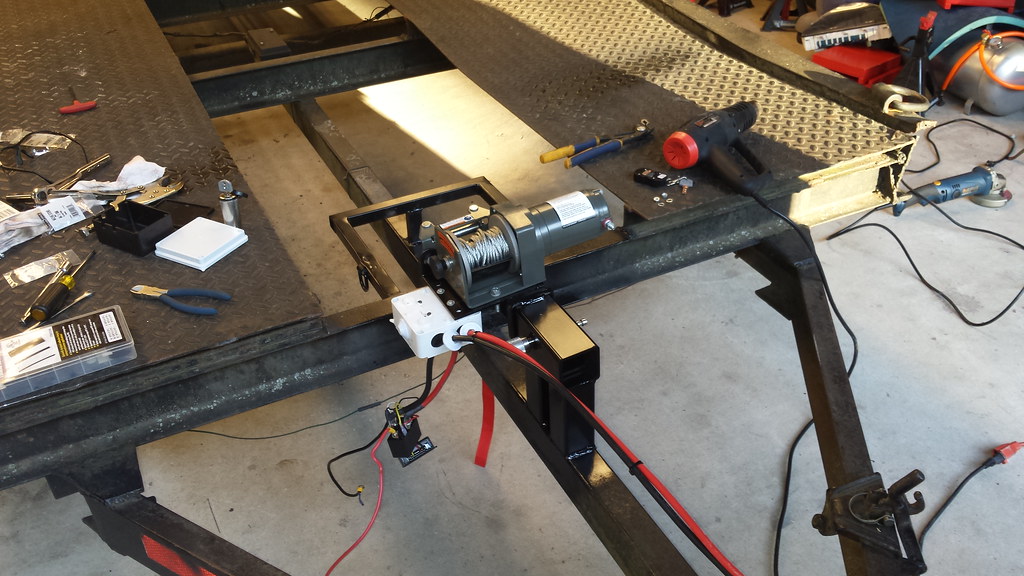 With all of the wiring in place, I could build the jumper between the circuit breaker and battery: 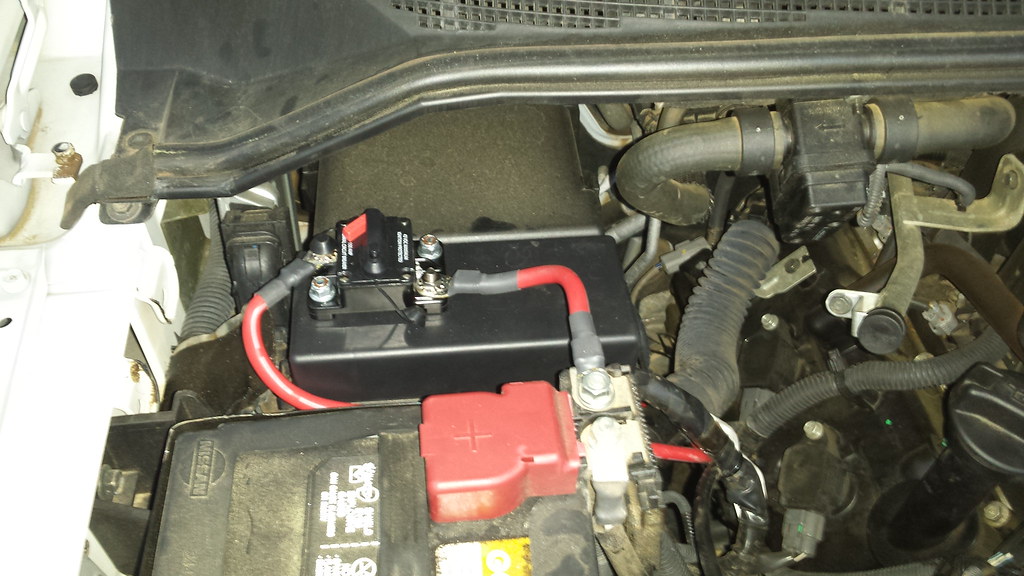 And finally it was time to plug everything in and run a couple system checks. First off, everything was in fact dead with the circuit breaker tripped, which is a good sign. Next, plugging the winch into the truck didn’t let any smoke out. And last, I gave it a pull off of the 12,000 lb D-ring on the back of the trailer to make sure my welding is as extra medium as I thought it was. I still don’t have a ton of trigger time on it, and this is really the first thing I’ve fabbed up that could potentially kill or maim if it comes unmoored. So…I wanted to make DAMN sure the whole thing wouldn’t end up flying across the workshop. And it didn’t, so…win one for the good guys! Or…at least, for me. 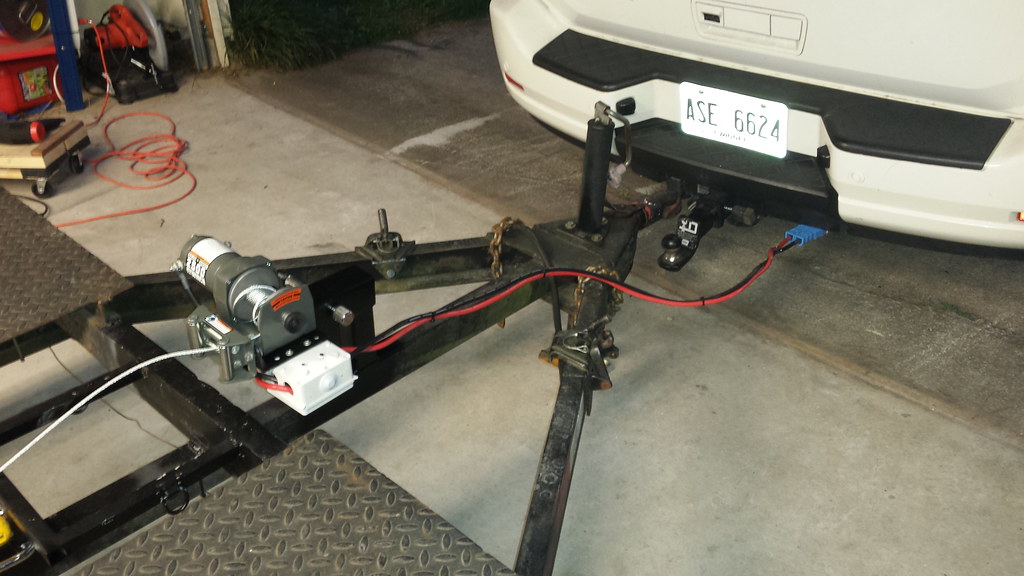 Chasing the Dragon Hill Climb is this weekend, so it’ll get some use loading the trailer at home and after (hopefully….) the event. Also: SO EXITED! 😀