I have a few projects coming up that really need a decently flat surface to build on. While it’s served me well, the flimsy $30 Harbor Freight welding table just wasn’t cutting it in the long run (it has since been donated to a friend’s son who’s going to school as a welder).

Enter WeldTables.com and their CertiFlat tables. After pricing material (since I don’t have that much scrap laying around), I realized I wouldn’t be able to build a table for the price of one of theirs. I went for the 2 x 4′. Big enough to do what I need, but small enough (and on wheels…) that I can stuff it in the corner of my workshop, or in the driveway, should I need the space.

It came in far quicker than their advertised 7-10 day lead time, and once it did I set about cleaning all the parts with Acetone in preparation for welding it together. It really is a man-sized erector set 😀 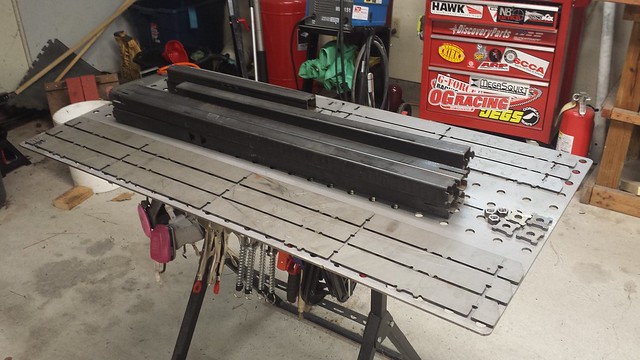 We did hit a slight snag that, in retrospect is obvious from the photo above, but we didn’t catch it until we were doing the final assembly. It turns out that they sent leg stringers for a 2×3 foot table, so the short sides were fine, but the long sides were about a foot short: 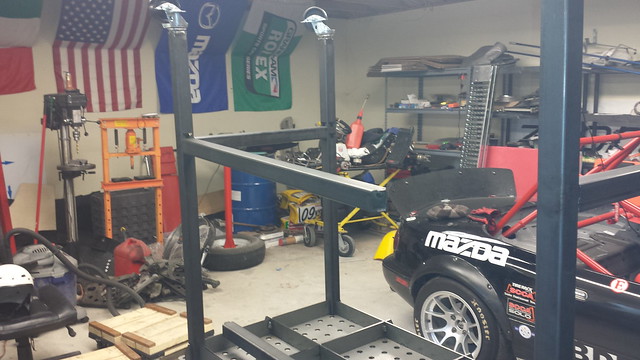 A quick call to  WeldTables.com and they shipped the correct parts out straight away. The mistake was annoying, but their Customer Service in correcting it was outstanding.

With the correct parts in hand, I completed assembly and welding. I then flipped it over, did a little grinding of the few spots where the weld went higher than the slots, cleaned up the surface with a polycarbide wheel and sprayed it down with some WD40 to prevent rust from building up. 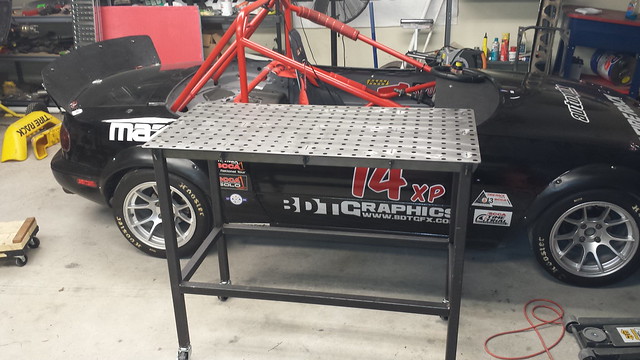 I also ordered a couple of their 6×6 FabSquares and broke the new table in by putting those together. These will be super useful in the future. 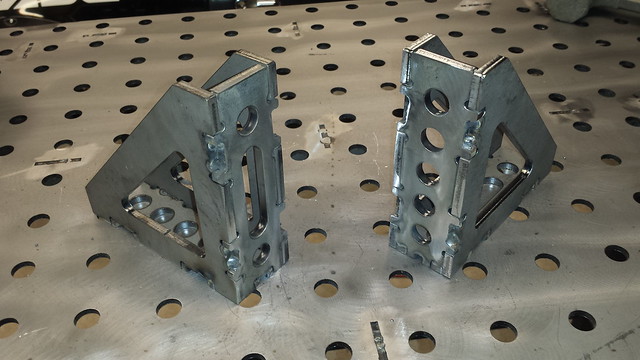 What with the Atlantic separating us most of the year, I don’t get to do too many fun projects like this with my Dad. Because of that, so I put a little something together to document it.