Short version: Rolled it off the trailer, slid around in the wet, when it dried off, set new Personal Bests and class records 3 different times, in the end by ~2.8 seconds from what it was prior, had a celebratory beer and rolled it back onto the trailer. Absolutely epic weekend.

It was a decent thrash to get it ready prior to the event. After last year, I knew I wanted to make some changes to the car before running, as opposed to running the 100% autocross setup I typically have. Due to time constraints I didn’t want to go too drastic, but there were a few relatively quick things I could do to make the car far better on the hill. Additionally, a few safety and maintenance items needed to be taken care of before arriving on the hill.

Number 1 is simply pull the ballast. SPU doesn’t have minimum weights, so out came 100 lbs. 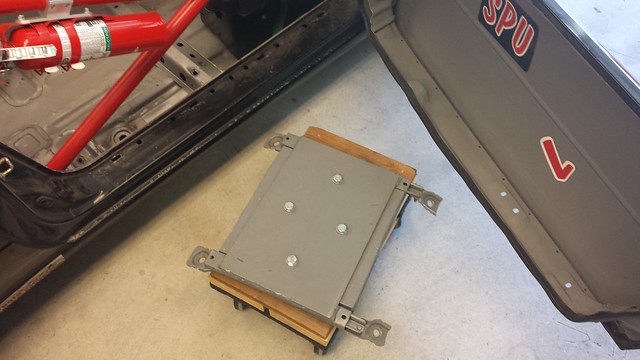 Next was…this. Just, all of this. Oil change, seat back brace, covering a few holes for fire safety, and a rear end swap. Running the hill last year, the car was very over-geared. Lots of places could have used downshifts to 2nd but would have been at the very top of 2nd and I’d have to immediately shift back up. All of that lost time, so it was speed maintenance all the way. And that’s fine, it IS a Miata, but a shorter gear would make any extra speed scrubbed less punishing, and let the car pull harder up the hill. 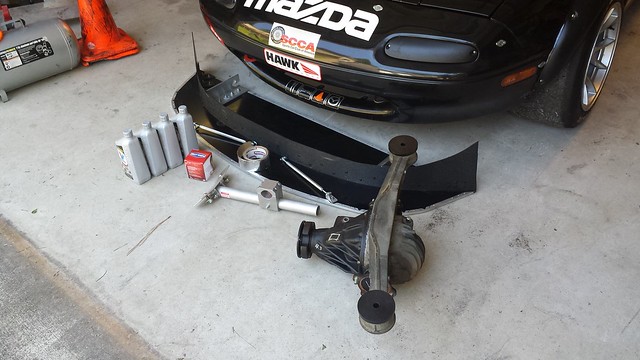 And finally, since the rear end swap requires the exhaust to be removed, I figured it might as well SOUND like a hill climb car. I have a turn-down exhaust that slips onto the mid-pipe and replaces the muffler, so it went on instead of the big Borla muffler. In so doing, I drop a few more pounds. 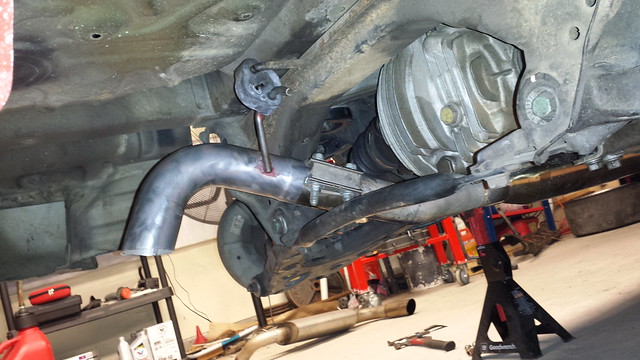 With the prep done, it was time to load up and hit the road. The forecast for Friday wasn’t great, but the rain held until we got everything unloaded, but when it came, it REALLY came. Since a few of the gang I was sharing a cabin with arrived, we covered the cars and took shelter under the canopies. 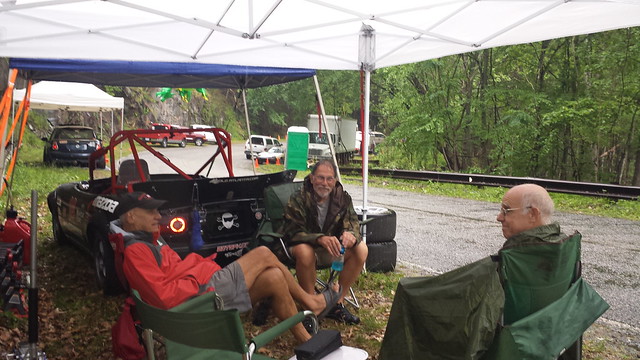 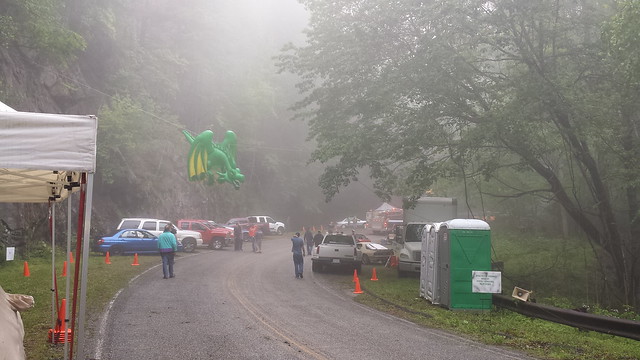 My 2nd run was the hairiest I’ve ever made up the hill. The Pucker Factor gets pretty high when the road suddenly just….disappears.

After 3rd runs, it was very quickly drying out on the lower half of the course and it was time for Deech, who’d come to crew, to do some crew stuff 😀 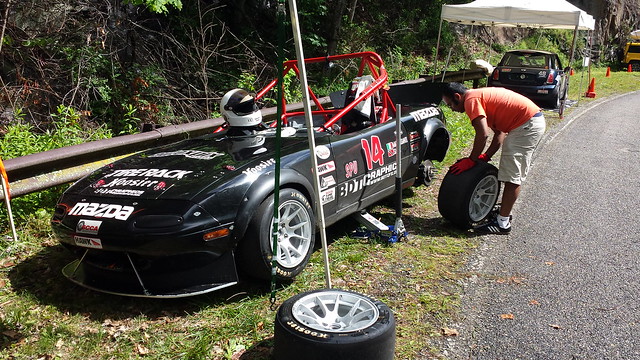 Around then Jen and the boys showed up. 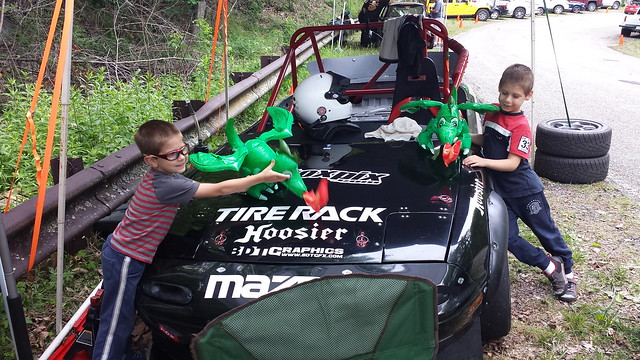 To wrap up Saturday, with the last 1/3 of the road finally mostly dry, I put in my first real time and shaved about 4 tenths of a second off of the SPU record. Day 1 in the books and I’m 0.9 seconds faster than my best last year. It was REALLY cool coming back down and being able to wave to the family (who were at the Spectator area on the hill for the run) after having set a track / hill record for the first time in my life. 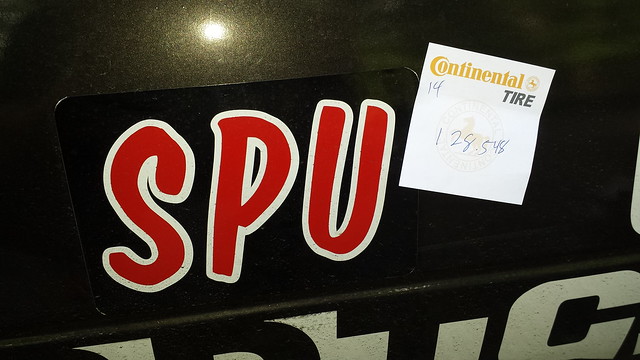 Sunday started mercifully drier. A bit of dew had fallen, but that would quickly burn off.

After my 2nd run, the car didn’t feel quite “right”. At the top, I noticed that the 3 bolts holding the steering-wheel spacer to the quick release were loose. Like, “hold the steering wheel and shake it and watch the QR wiggle” loose. Oddly, I’d checked the QR specifically to make sure it wasn’t loose in the lead up to this event, but between the delrin motor mounts and the rough road, they had managed to vibrate loose.

Once back at the bottom I disassembled the parts-stack and tightened those back down. This was, thankfully, the only real ‘issue’ I encountered all weekend, save for the weather on Saturday. 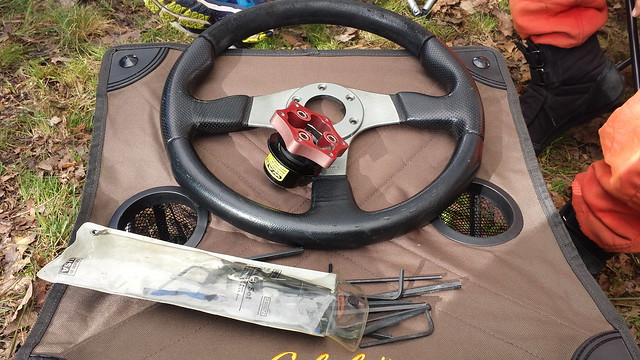 Run 3 on Sunday right before the lunch break was, in my mind, going to be my last really hard run up the hill. I pushed and knocked off another 1.8 seconds, getting down to 126.7 and my name on the leaderboard. 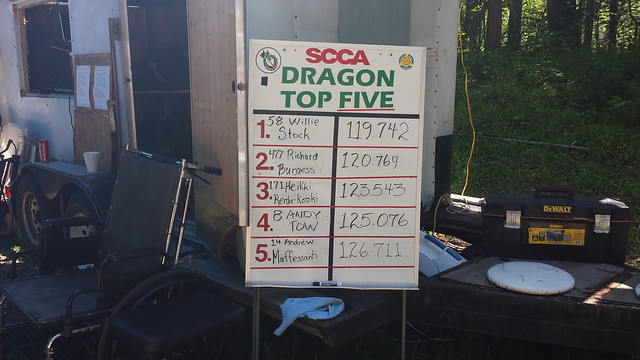 I say “was going to be,” but after putting in a pair of easy, consistent 130 second runs, Lars was egging me on to take another real crack at the road. At the start line, I was still of a mind to make it an easy run. That lasted right until the launch, which ended up being the best I’d made all weekend. Immediately, Lars was in the back of my mind going “C’mon, you’ve gotta go for it!” After the 1st couple of corners went well, it was hammer time.

It wasn’t a perfect run by any means, but it did shave another 0.6 seconds off of my time, my Personal Best, and the SPU class record. It was definitely beer o’clock. 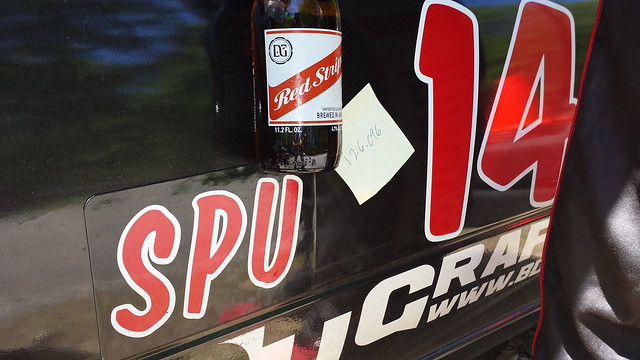 With that, we packed up the truck, loaded the trailer, then said goodbye to The Dragon for another year and set a course for home. 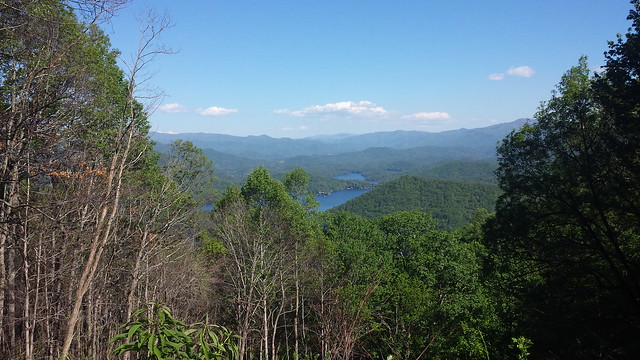