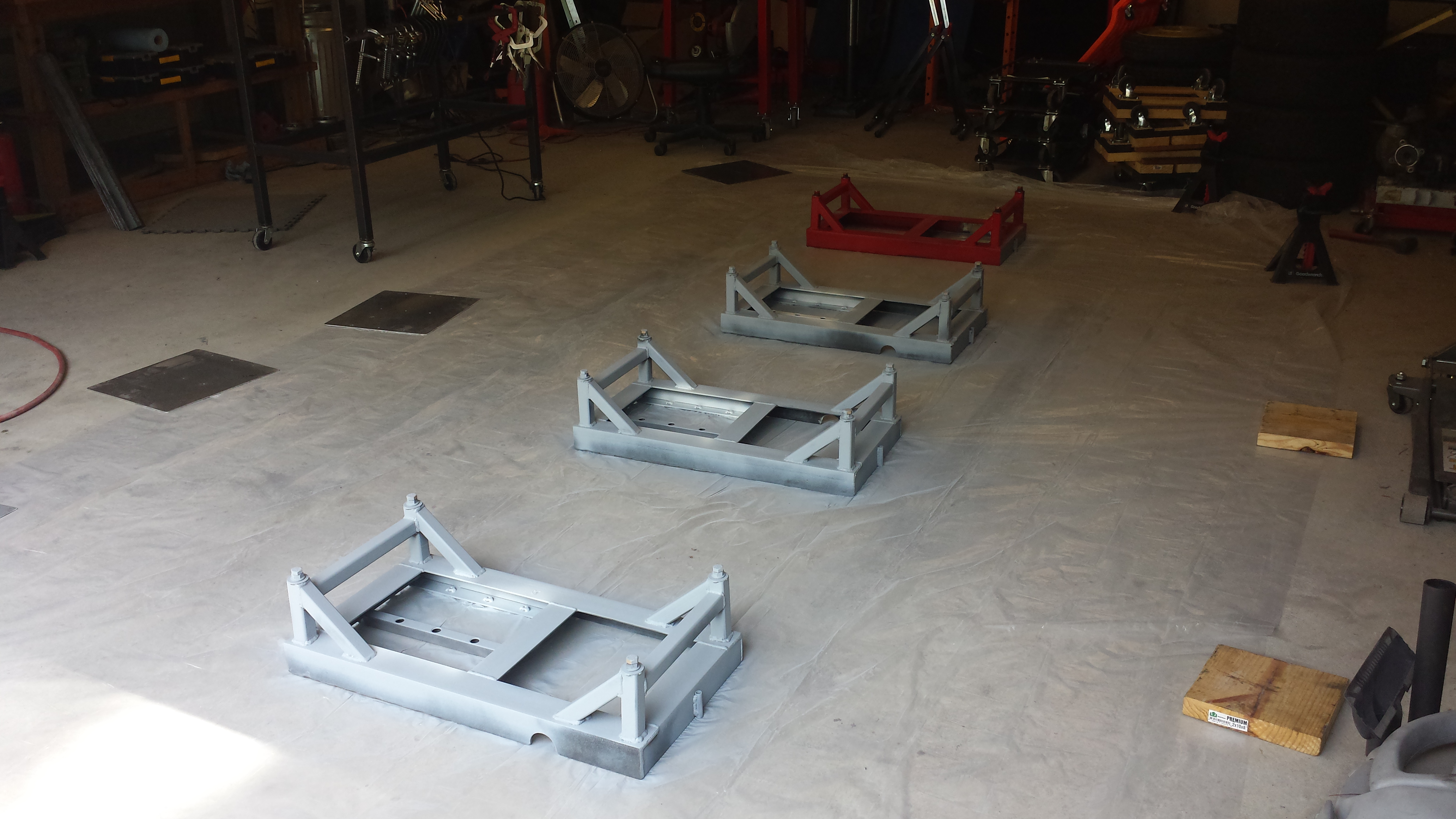 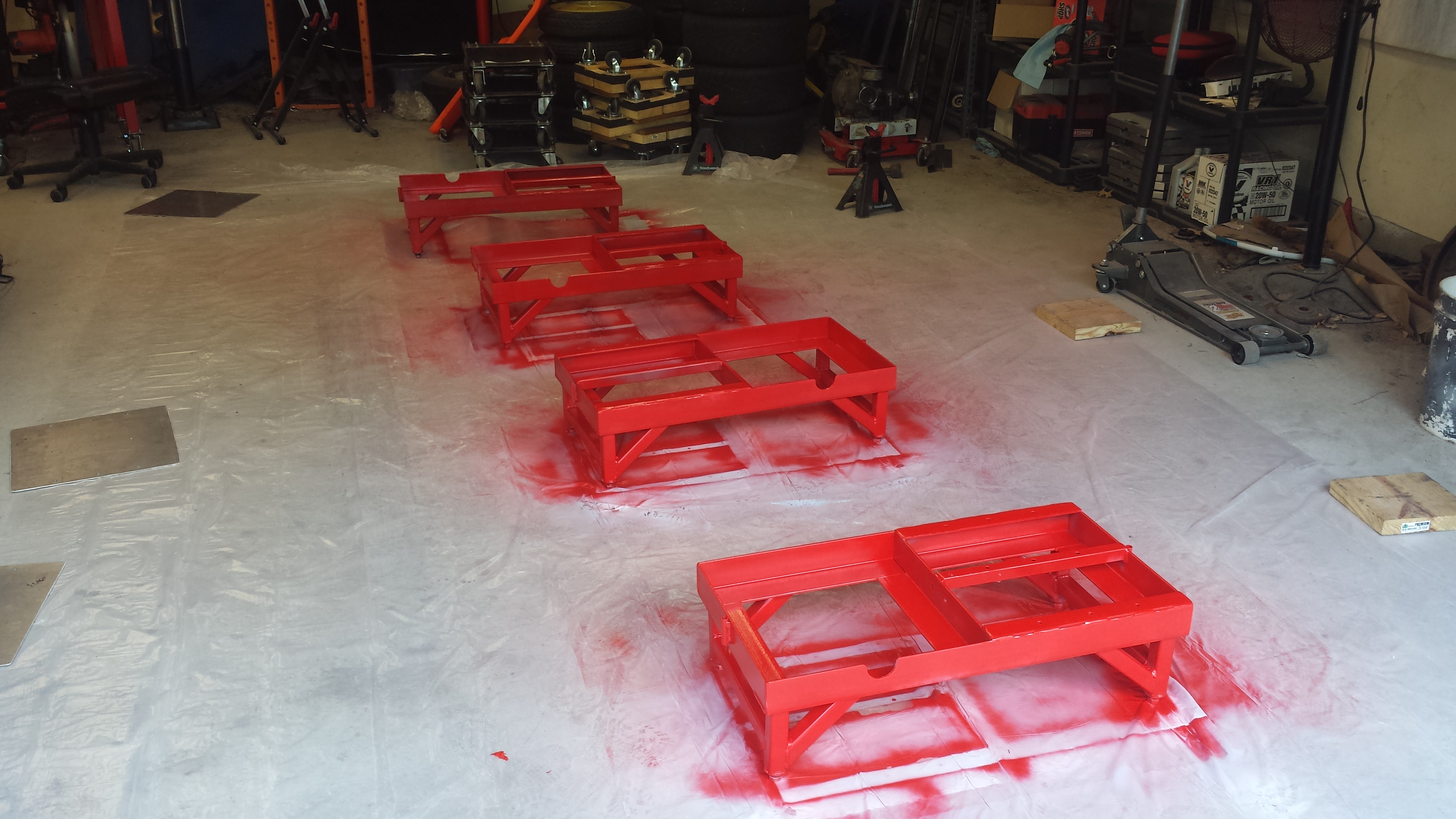 Step 2 is…more paint, oddly enough. I picked a fairly central location in the shop for the setup pads, then got them on the car so that they could be squared up, so that their locations can be marked. This is so that each pad goes in the same spot, in the same orientation each time, that way once they’re leveled, they remain consistent.

I made up a stencil to use for marking the floor, put the foot of each corner on the circle in the middle, then marked out the perimeter with tape. 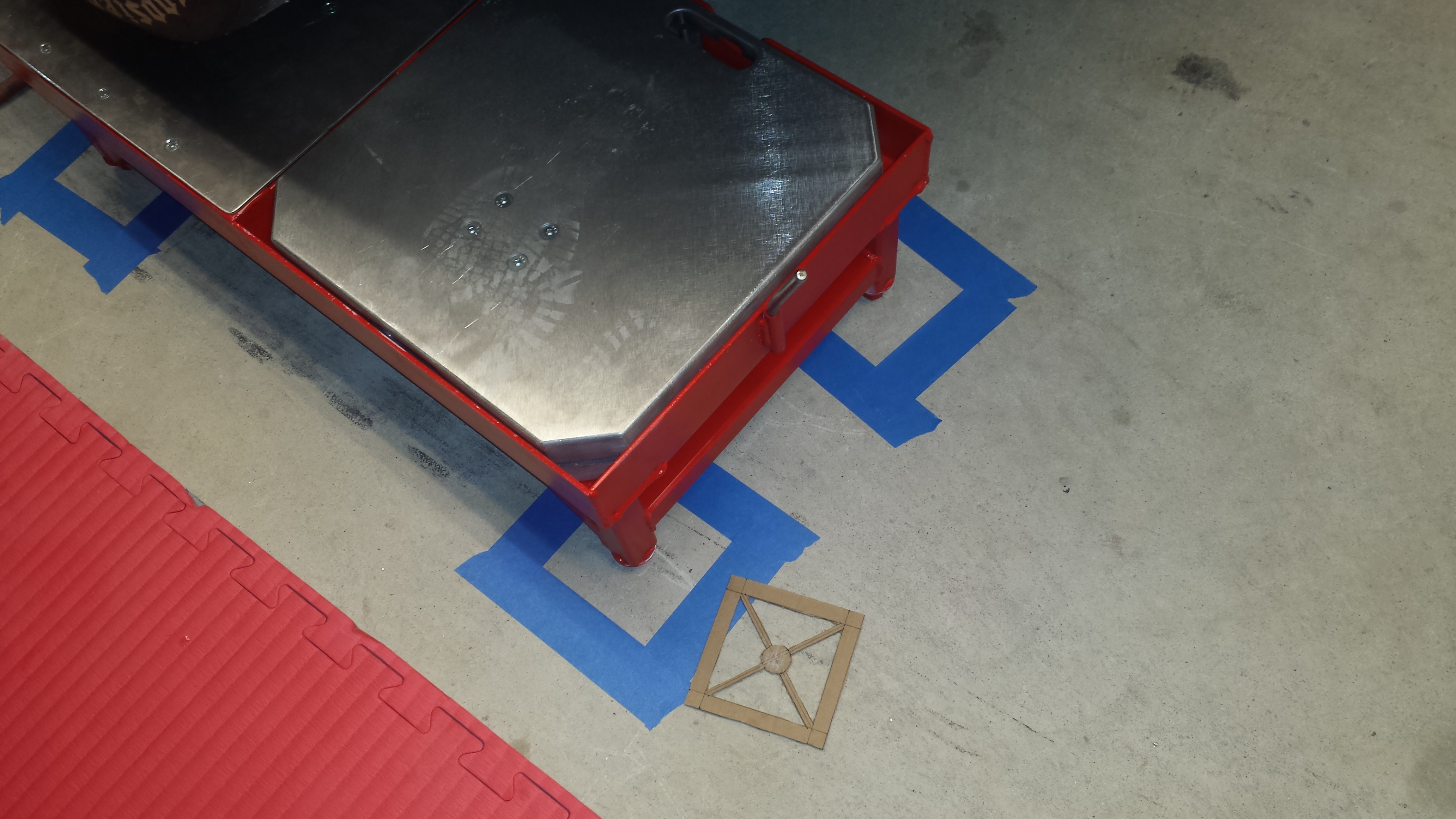 That done, the stands came out from under the car, the car was moved out of the shop, and each spot was marked: 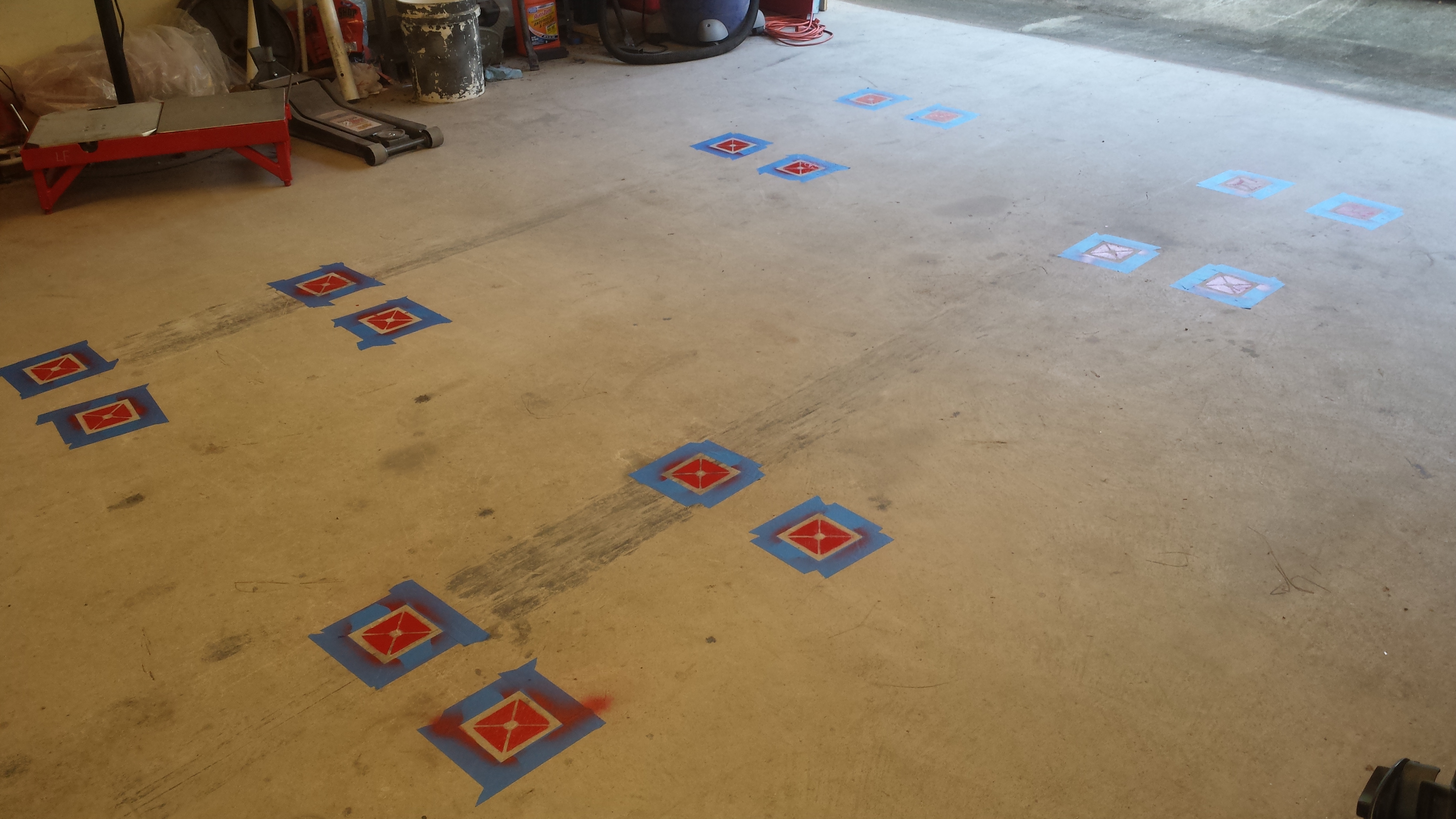 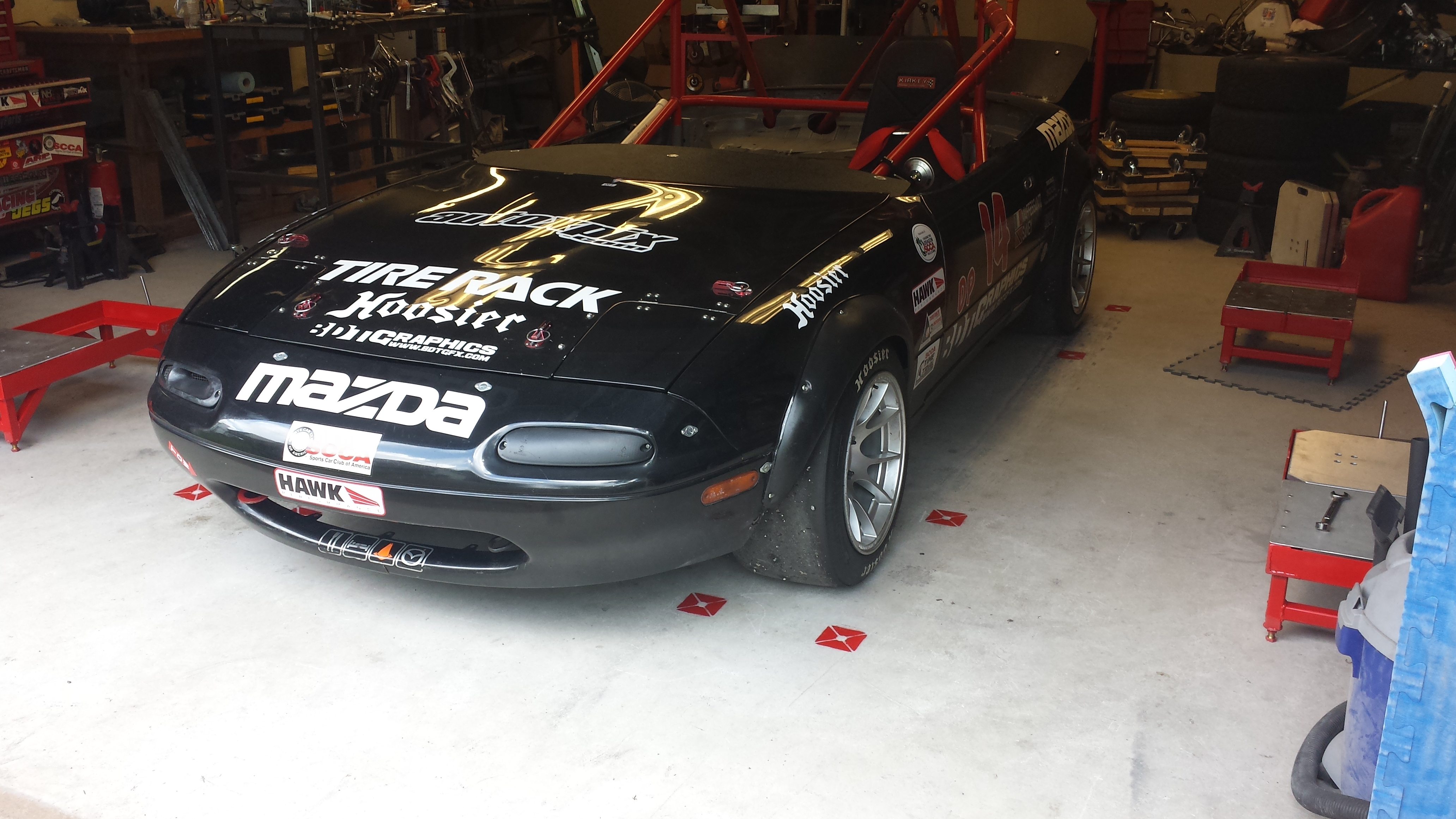 Next it was time to level the full set. I started off by setting the feet to their highest setting so that I could find the lowest corner, and then adjust the rest of the pads to meet that corner. 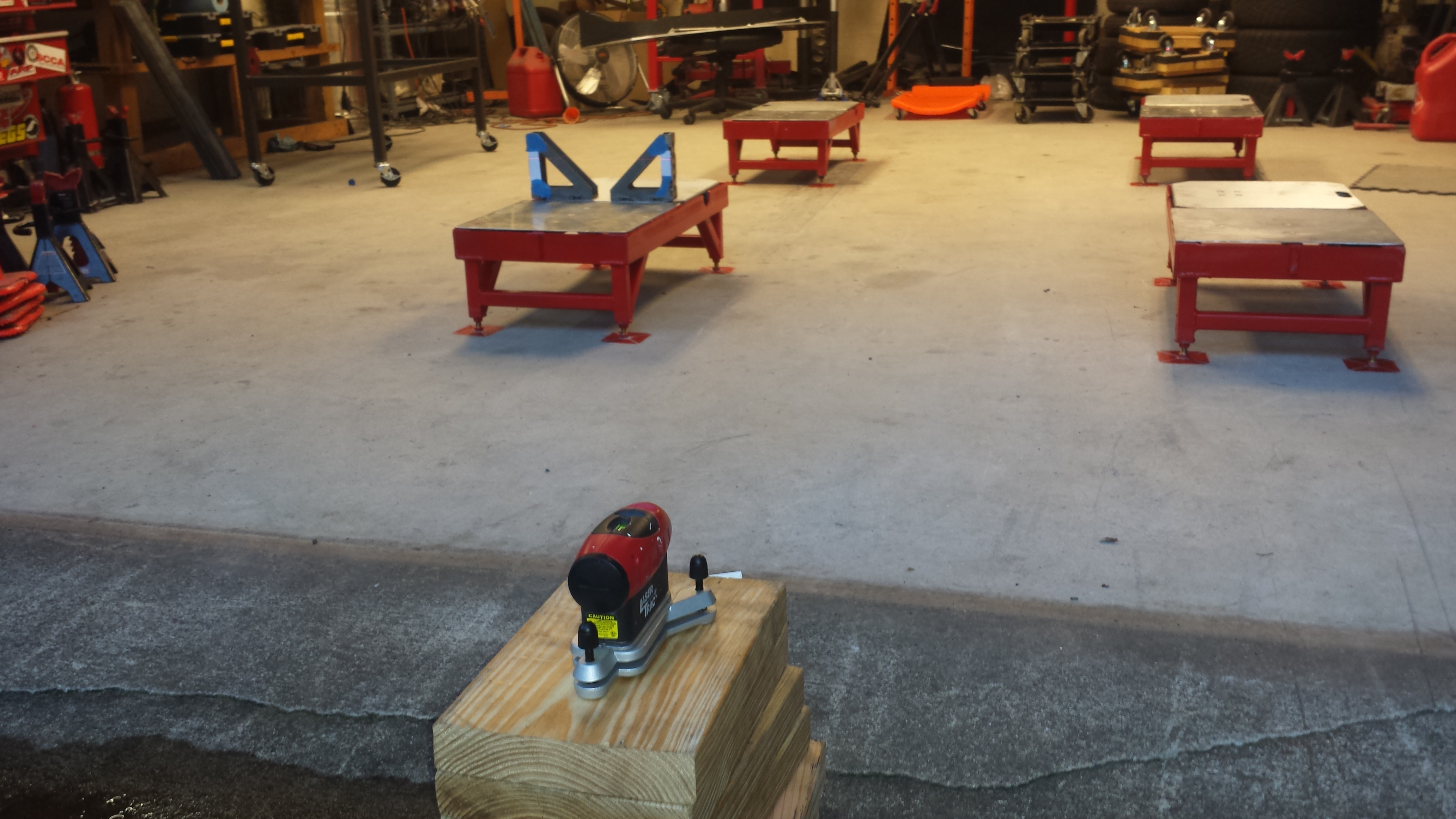 I used a couple of my big fabrication squares, made white backgrounds (to better see the laser) and then made a mark on each at the same level. Get the lines on the squares to meet the laser at both the front and rear of each pad, and you’ve got it level. 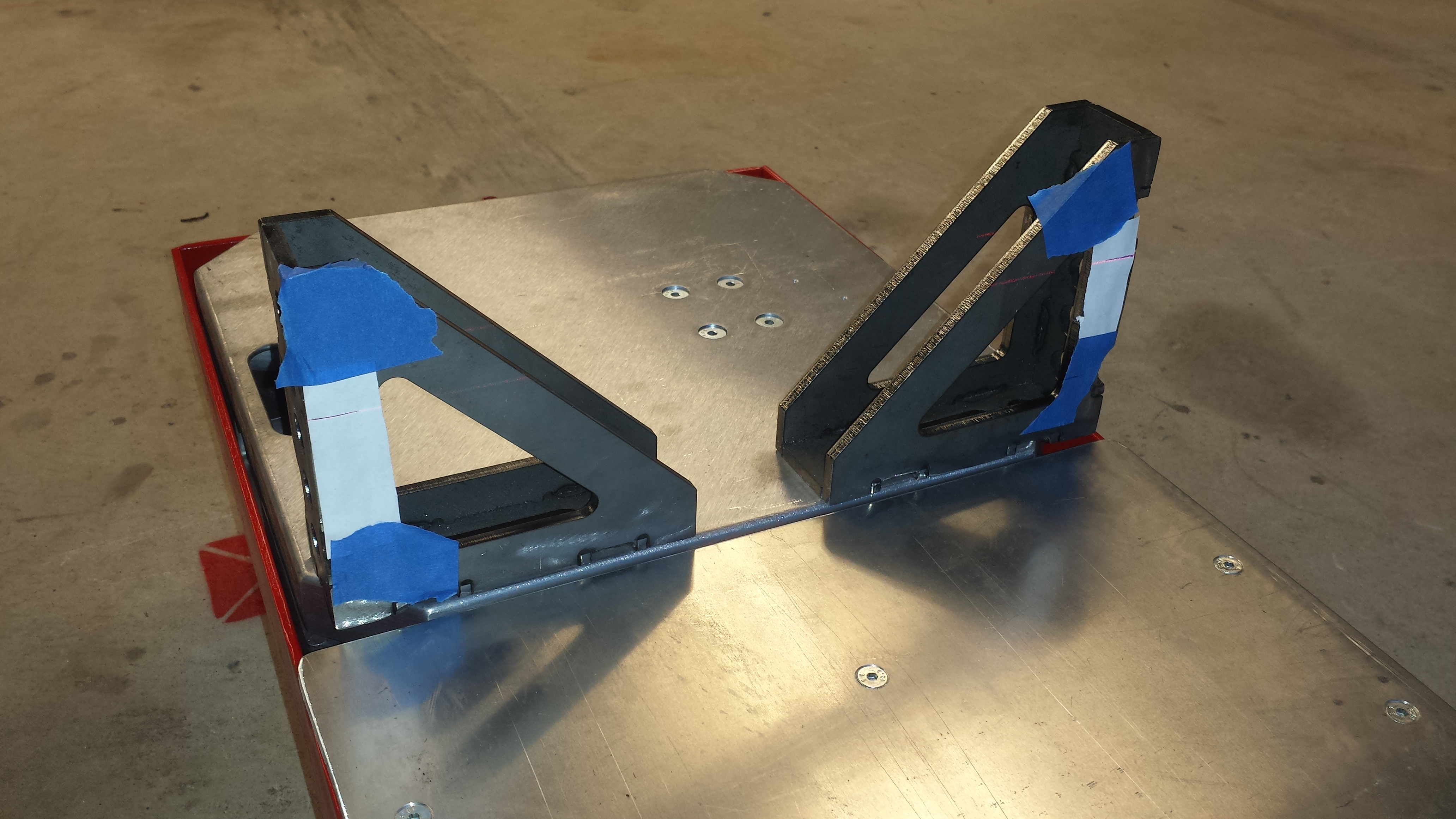 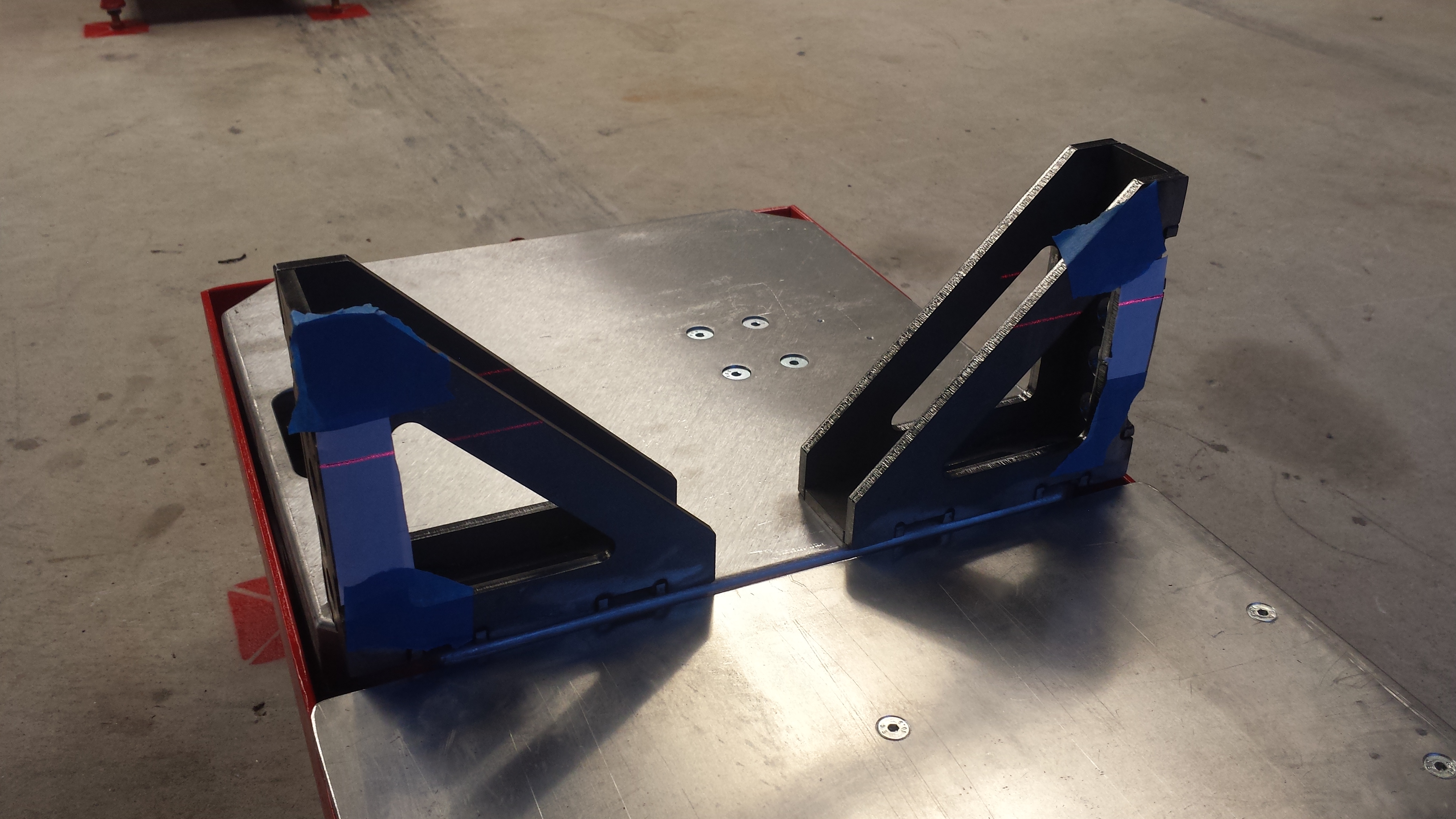 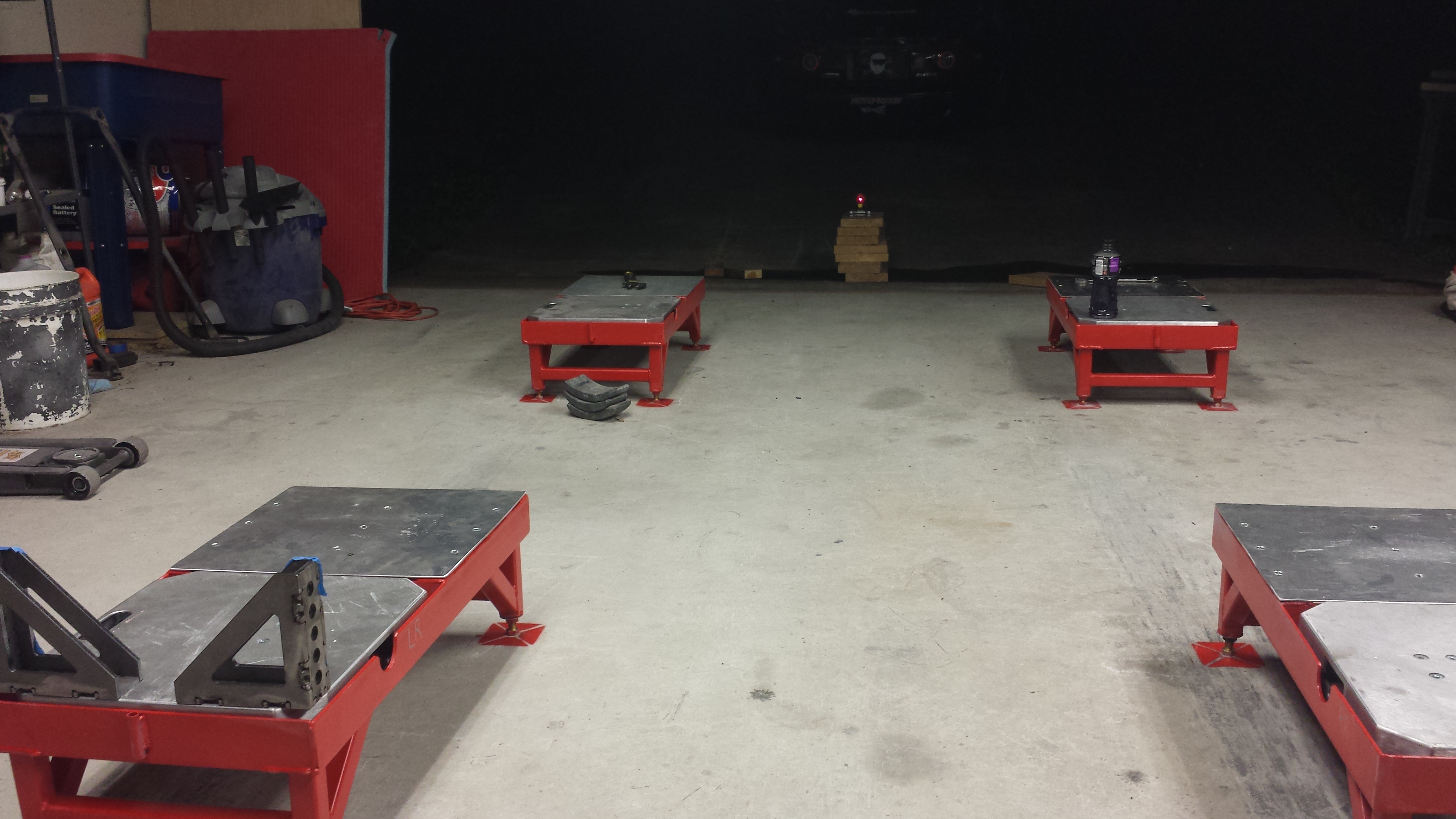 With the setup of the setup pads done, it was time to…. do some setup on the scales. Specifically, I was sick of dealing with the rats nest each time I unspooled the cables, so I made left- and right-side “harnesses” to keep things tidy. They’ll run under the car down the middle so that they’re out of the way of jacks and what not. 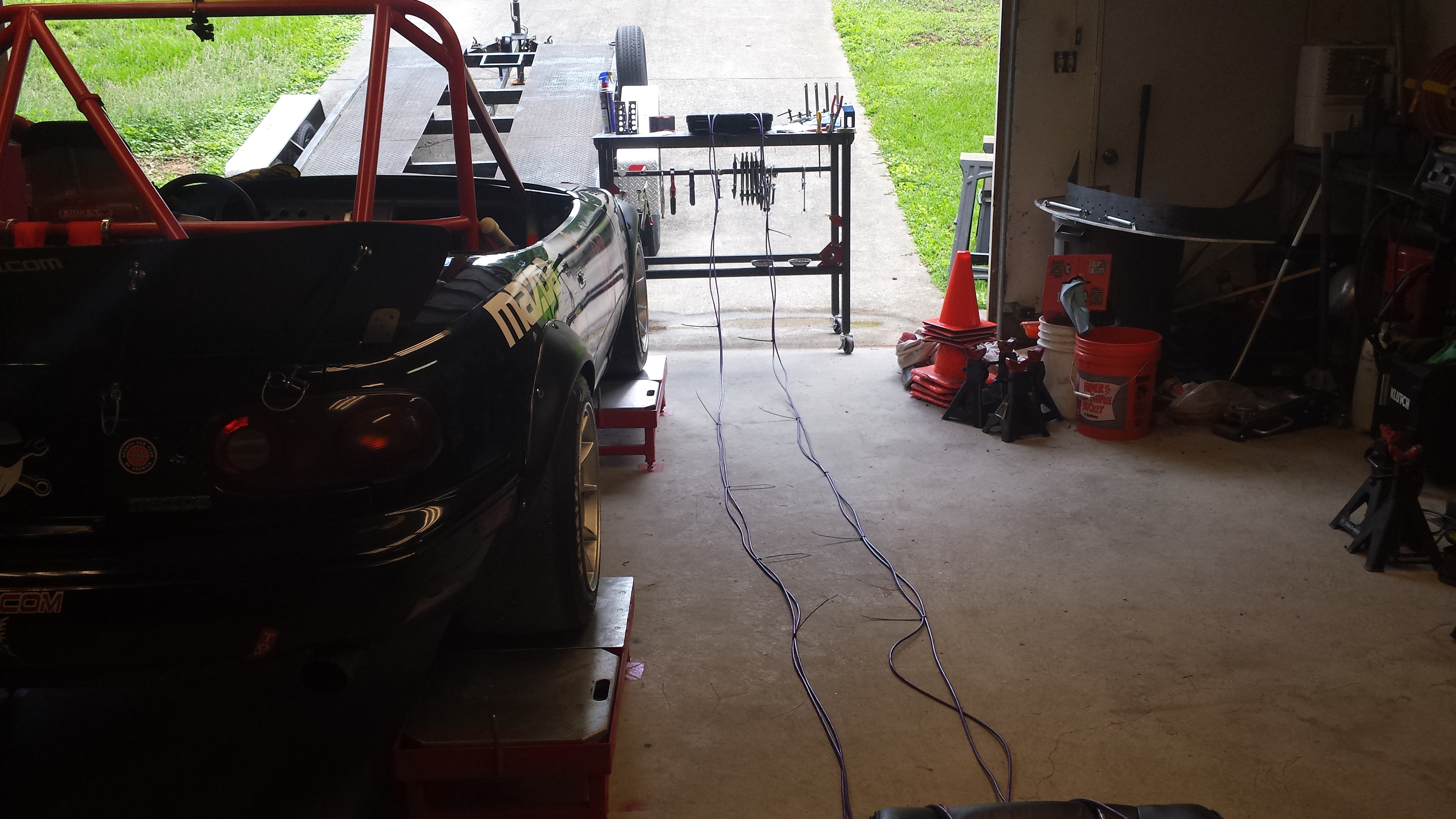 And with that, somehow, miraculously, despite taking what felt like most of my life, they’re complete and in service! They look great and will work great. Having now used them exactly once, they were already worth the effort. Being able to get and keep a consistent setup on the car (and help friends with their cars) can only be a good thing. 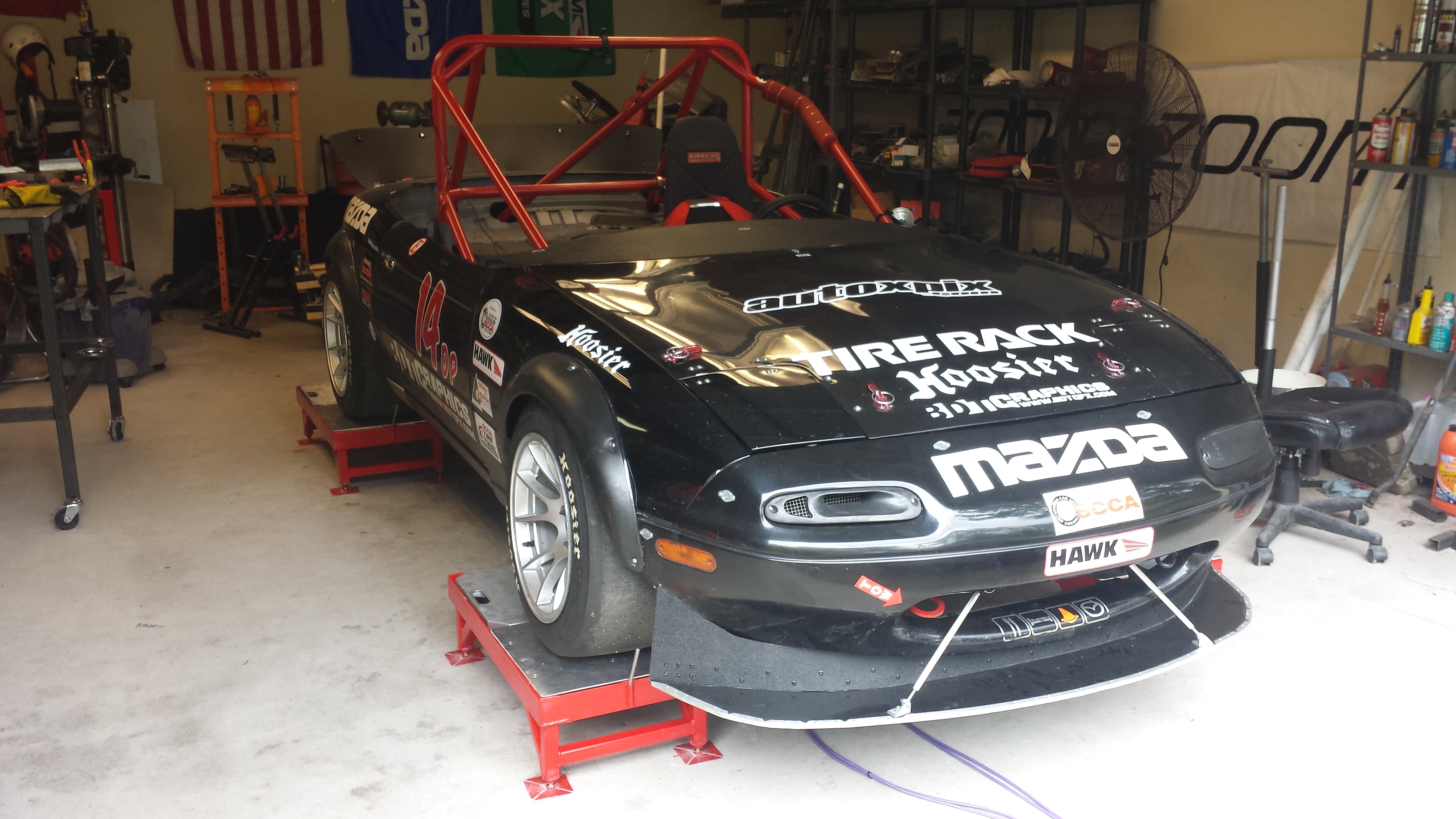