HAHAHAHAHAHAAAAA!
Man, it’s so good. The adjustments are pretty darn sensitive. We spent the first 6 or so runs dialing out a little bit at a time until we got to the point where the previous spot was better and dialed it back up that notch.
Video won’t show much, but being able to make fine adjustments was a nice change of pace… it went from having to be muscled around the course to finally being able to have soft hands on the wheel.

All in all: if your class allows it, or if you’ve got a street car without PS, this is a great bit of kit 😀

Deech came over to help out with the wiring (which is to say: do the wiring) so that it would actually be done properly. 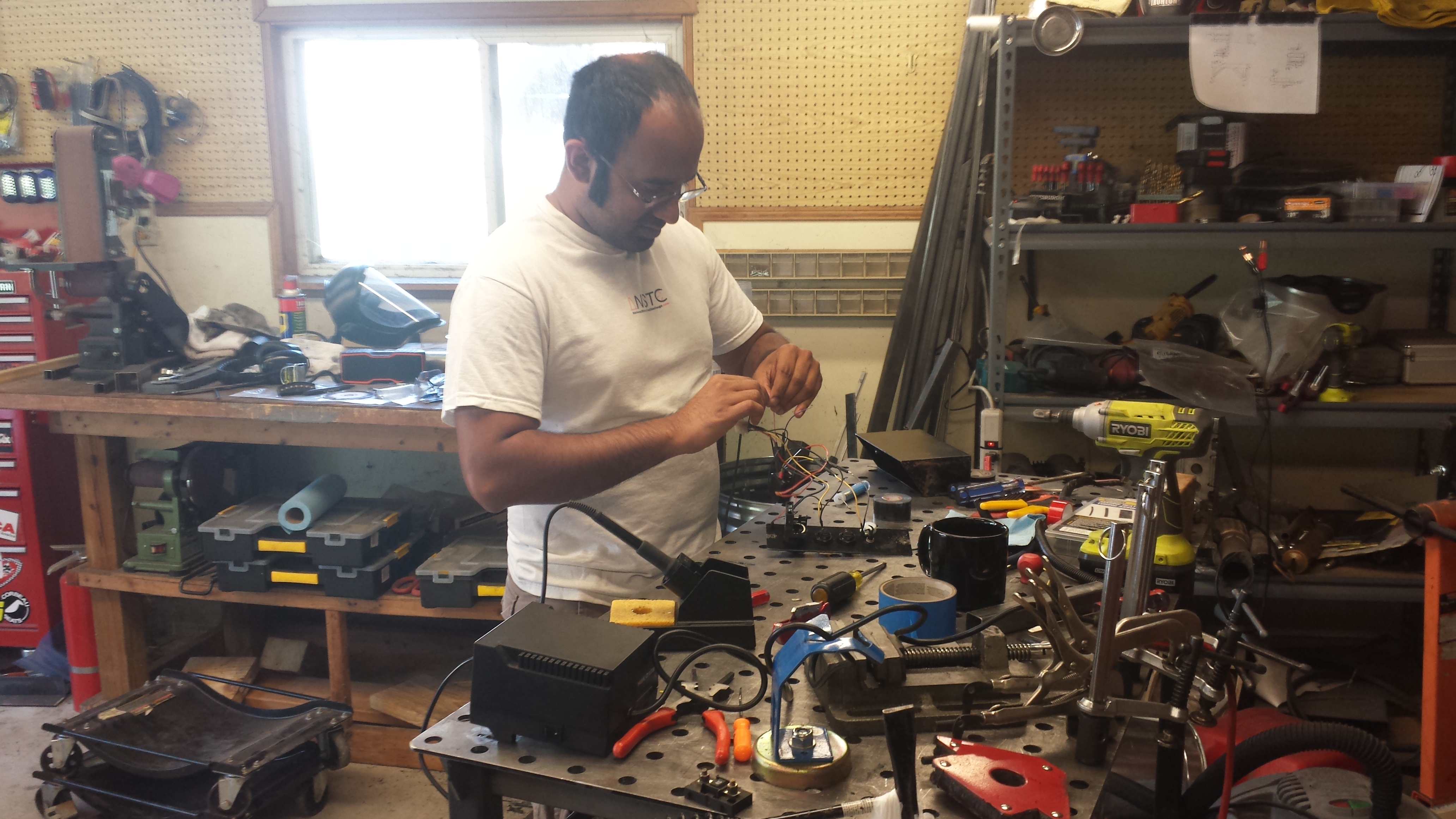 I decided that as much as possible would go into the switch panel box, just to keep everything out of the weather. The controller was secured to the box, then wired to switched power & ground through the switch box panel. We connected to the rheostat, and we were able to use a pair of unused wires for the clutch pedal switch that were already wired into the switch box (but not used) to carry the power and CANBUS signal to the ECU on the steering column.  We tapped into those wires near the column and spliced the connector on. 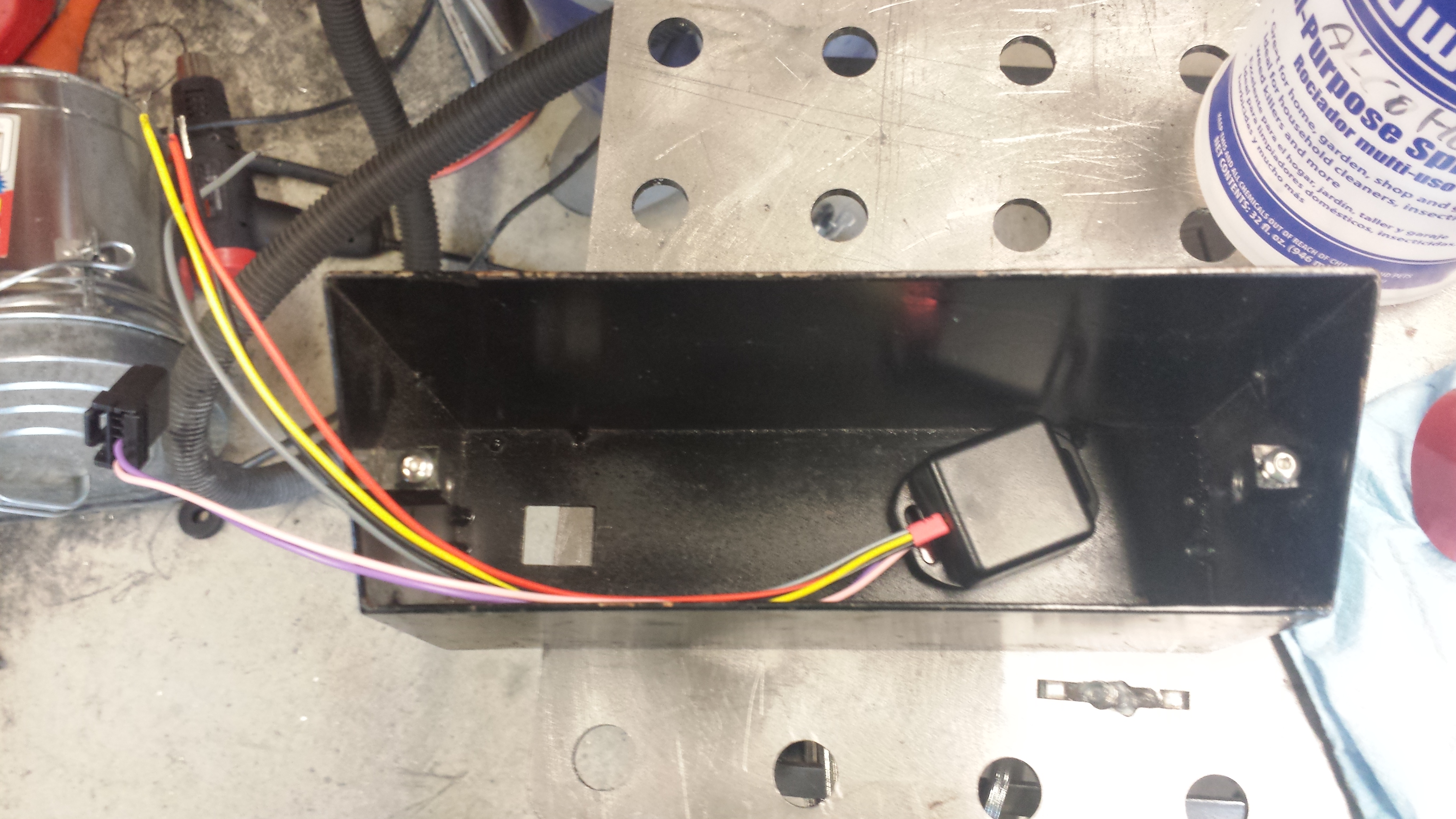 Before tidying up the wiring completely, we went ahead and did a systems test to make sure everything worked. Much to my surprise (because I worked on it…) it worked properly the first time.

“Like a kid at Christmas” is a pretty accurate descriptor. The fact that the steering turns easily without the lever-arm of the steering wheel attached was astonishing. What else can you say other than it just works, as advertised. I ended up needing to turn it down to about 1/3 power on the rheostat just so that there would be some heft in the steering system, even with the tiny steering wheel.

A proper test is coming up at this weekend’s autocross, where we’ll spend some time tuning it in to where it’s happy on course, and happy-enough everywhere else.