I’ve made a minor upgrade to the 30 year old Enco lathe. 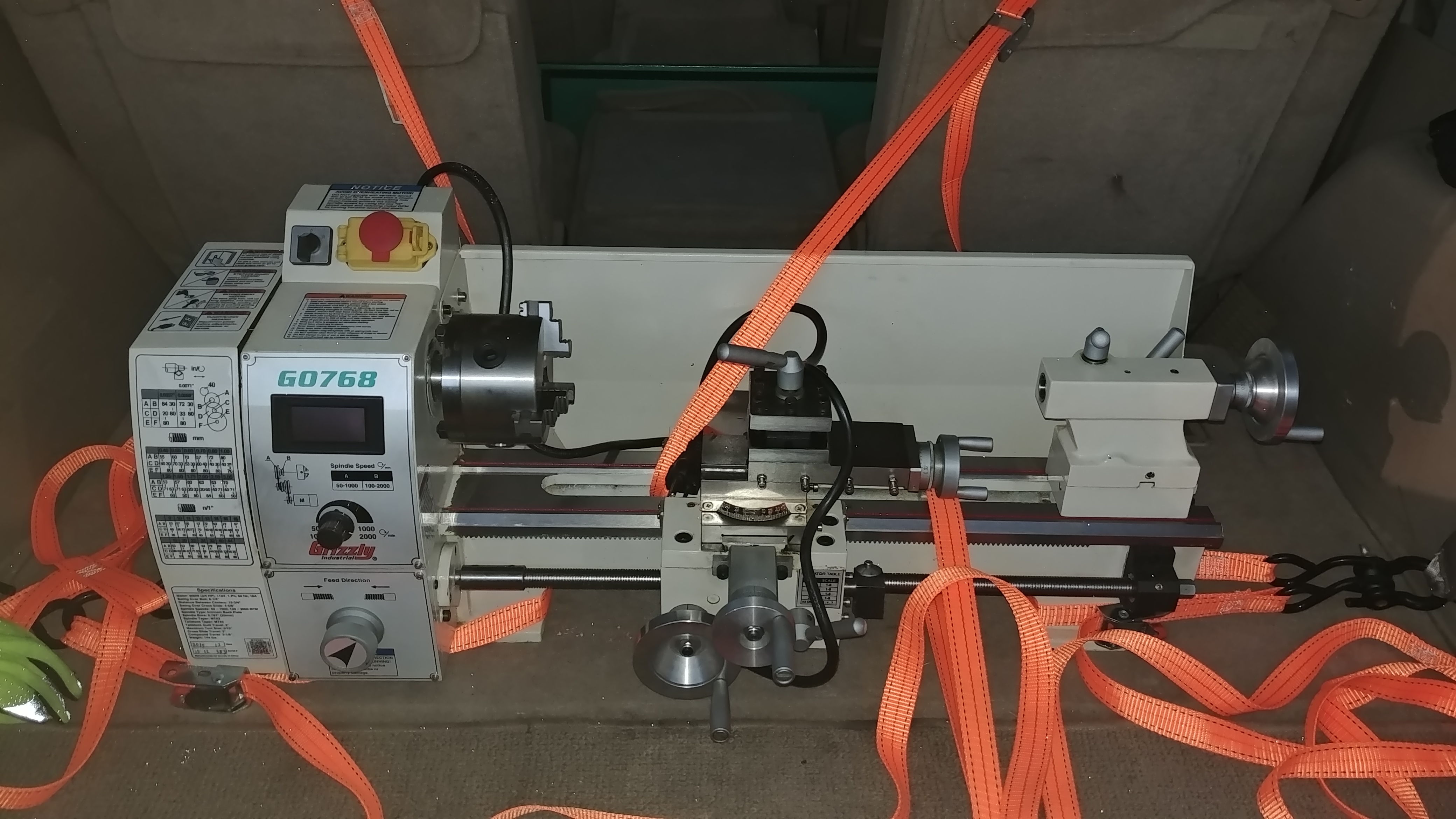 The old Enco was (and remains) a bit of a basket case (and was priced as such). I’ve made improvements to it, but all it was really good for was turning a couple of simple parts, teaching me a lot about how these things work, and teaching me just how much I want to get a better machine. This one was fixes most of the issues the old one had in one fell swoop, and, as it’s a Grizzly, it actually has parts support in the US.

It also has VFD and all the parts & bits it should come with: steady rests, threading change gears, a manual, a quick-adjust tail-stock, a manual. Just about all the actual money I spent on the other one (tooling, quick change tool post, etc) will transfer over to this one.

I was able to re-use the pedestal / chip pan base from the ol’ Enco. I just needed to drill and tap a couple of new holes. I used the Grizzly’s bench-top chip pan (that has holes pre-drilled to bolt to the lathe) as a template to get lined up: 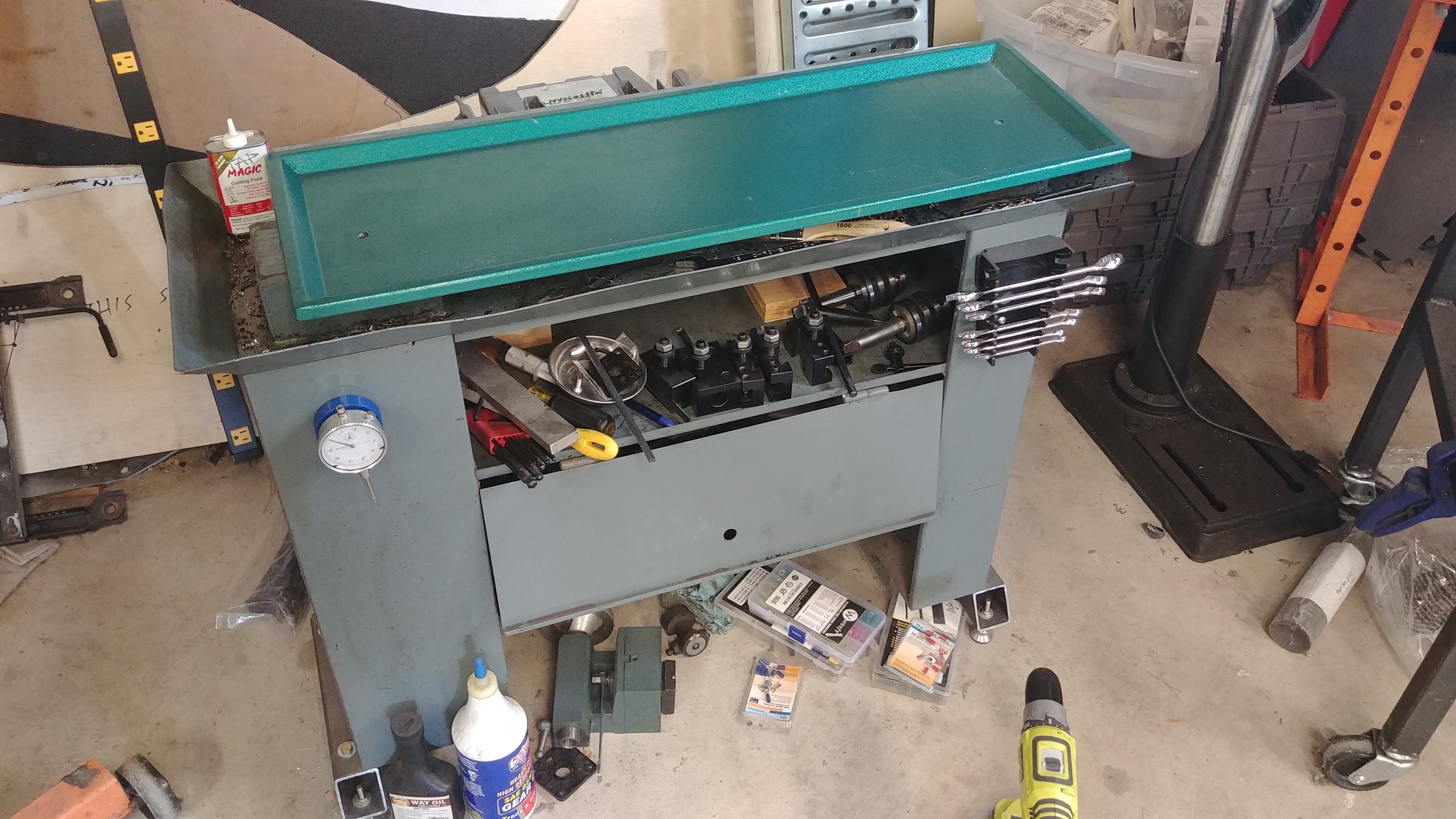 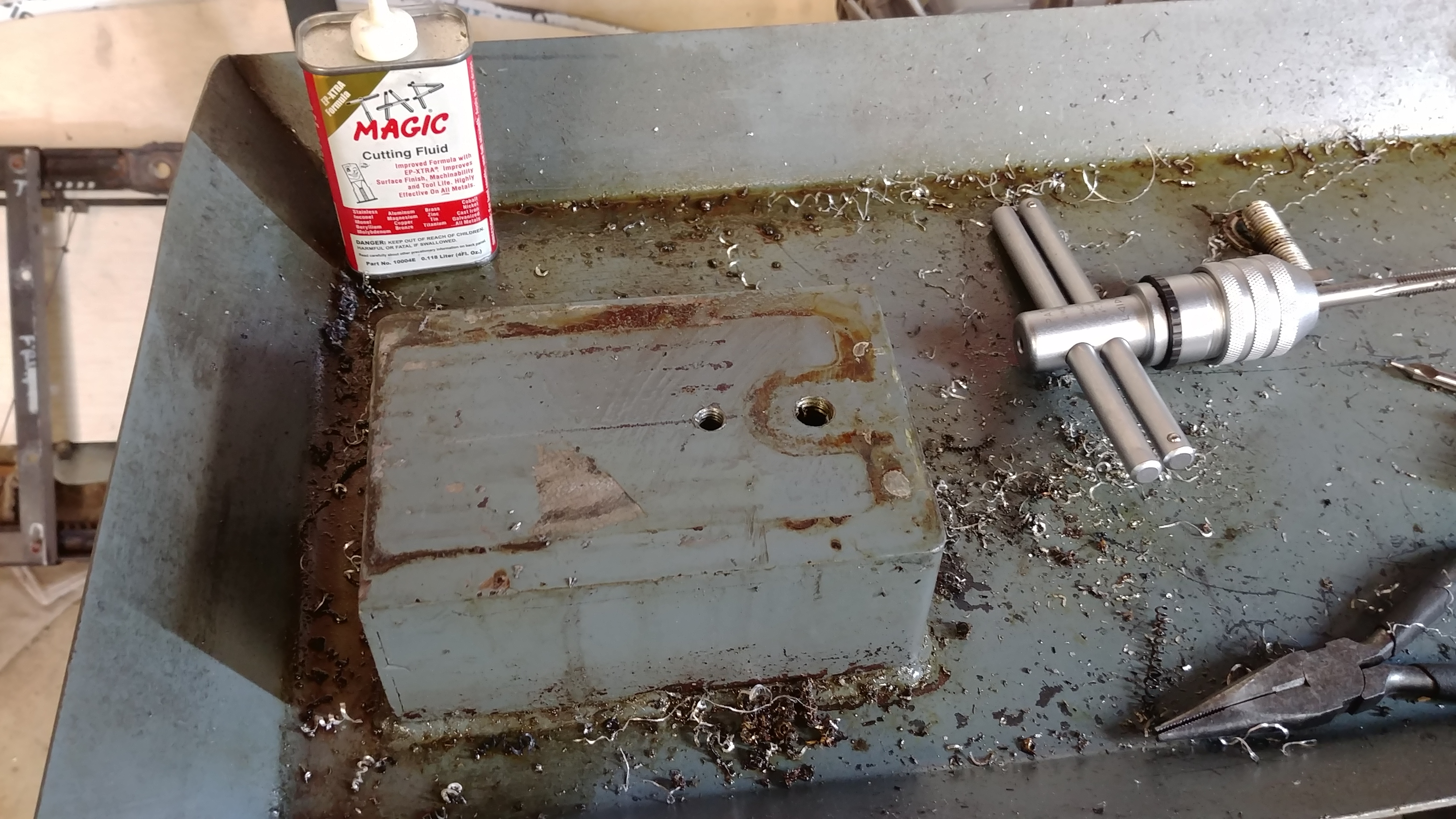 Used the engine hoist to get it into position on the pedestal: 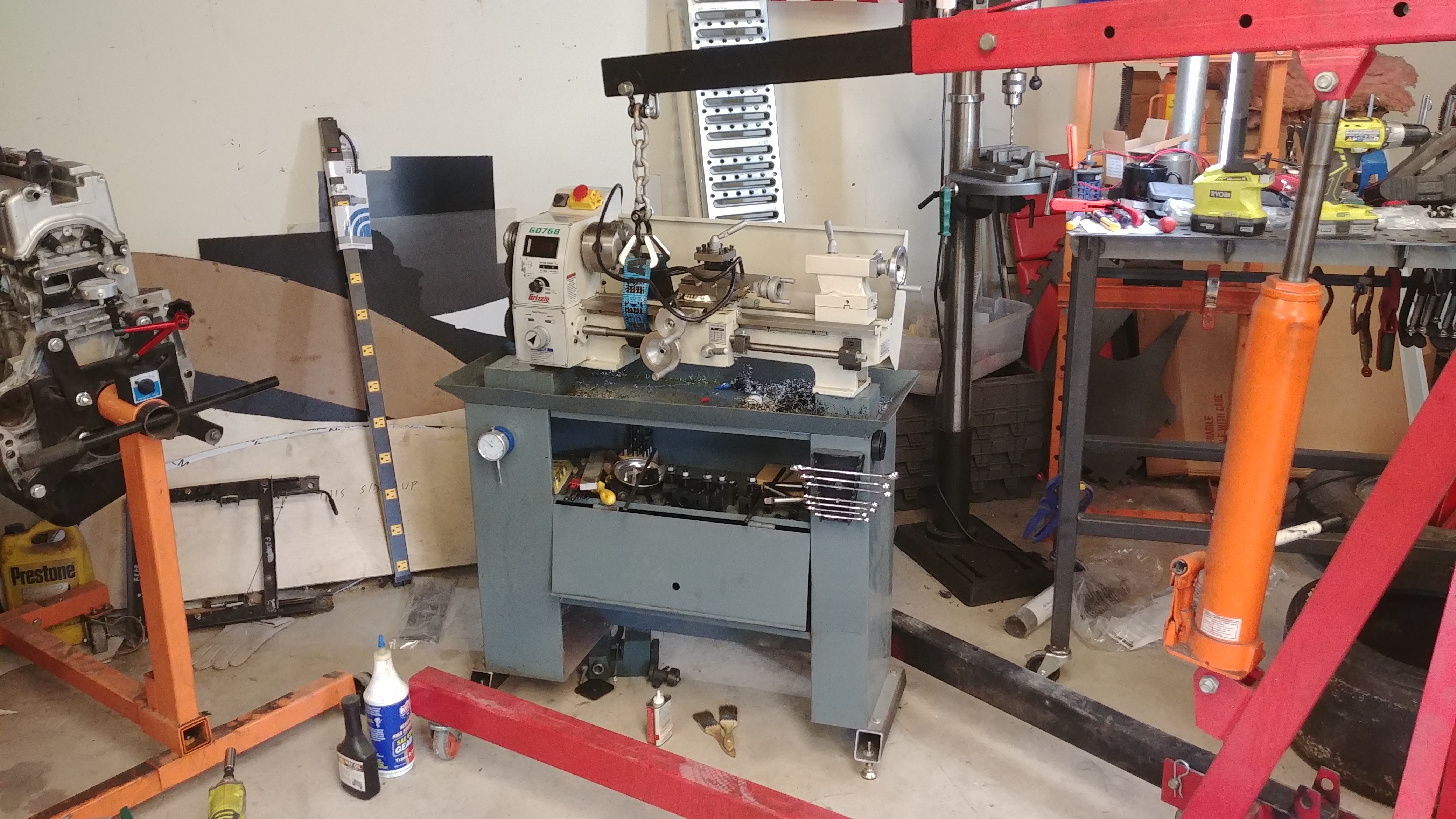 Then hung an LED fixture over the lathe. 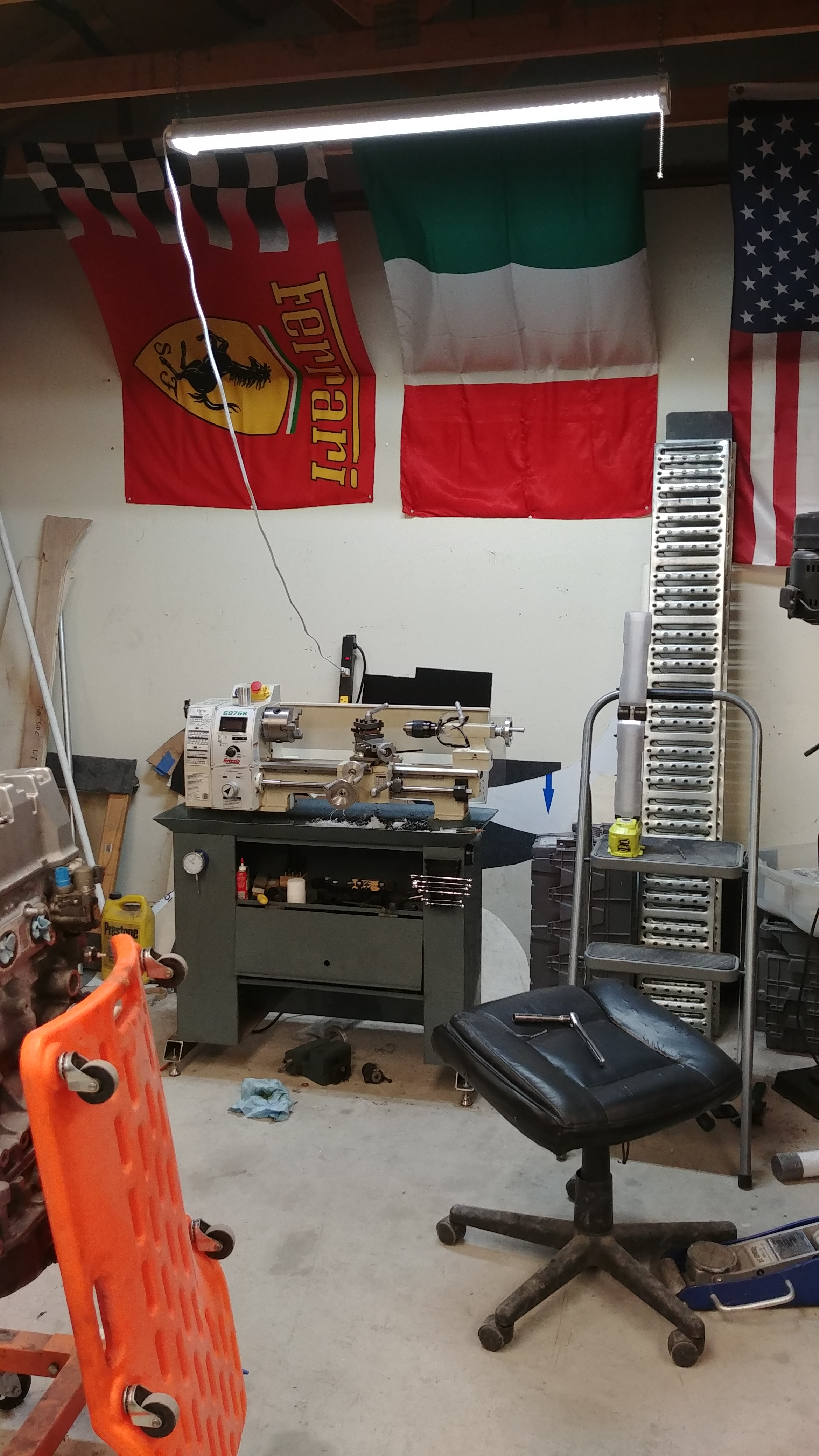 Mounted the chuck key holder I made for the Enco on the Grizzly with a pair of rivnuts: 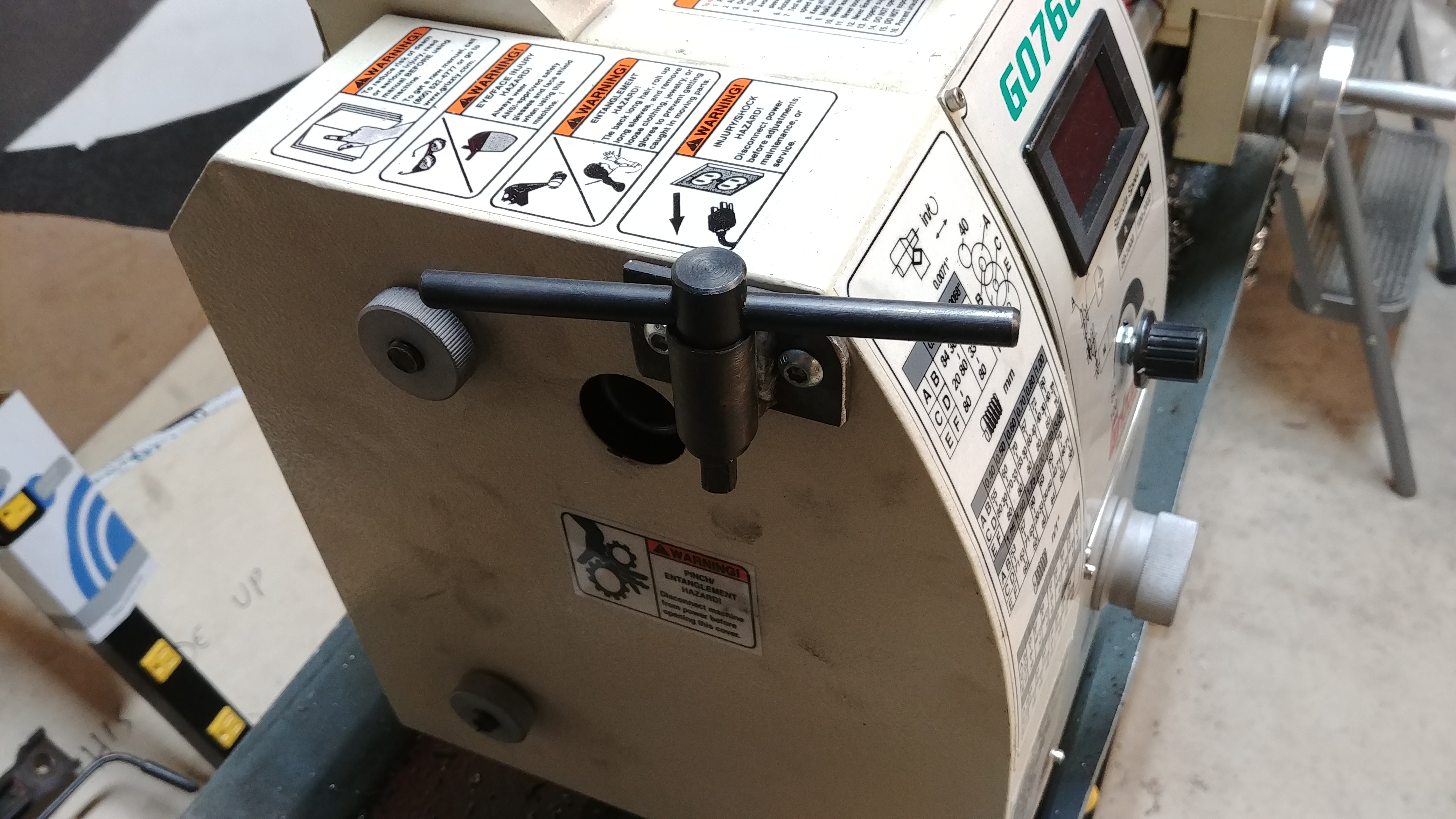 This thing is SO much nicer than the 30 year old Enco. I mean, it SHOULD be, but the results are telling. On the left side (in the chuck) is the *best finish* I was ever able to get on the Enco on aluminum. On the right is the finish from the new one that I was able to get without adjusting ANYTHING but the slop in the cross slide feed screw, which was really bad out of the box. No gibs adjusted, none of that. Hell, you can even see the stock 4-way tool post is too low, and with the quick change tool post going in before too long, I didn’t really feel like messing with shimming the tool, so the geometry there isn’t even quite right.

The Left side is rough to the touch, right side is smooth as you’d expect out of a machined part. I think I’m going to like this little machine. 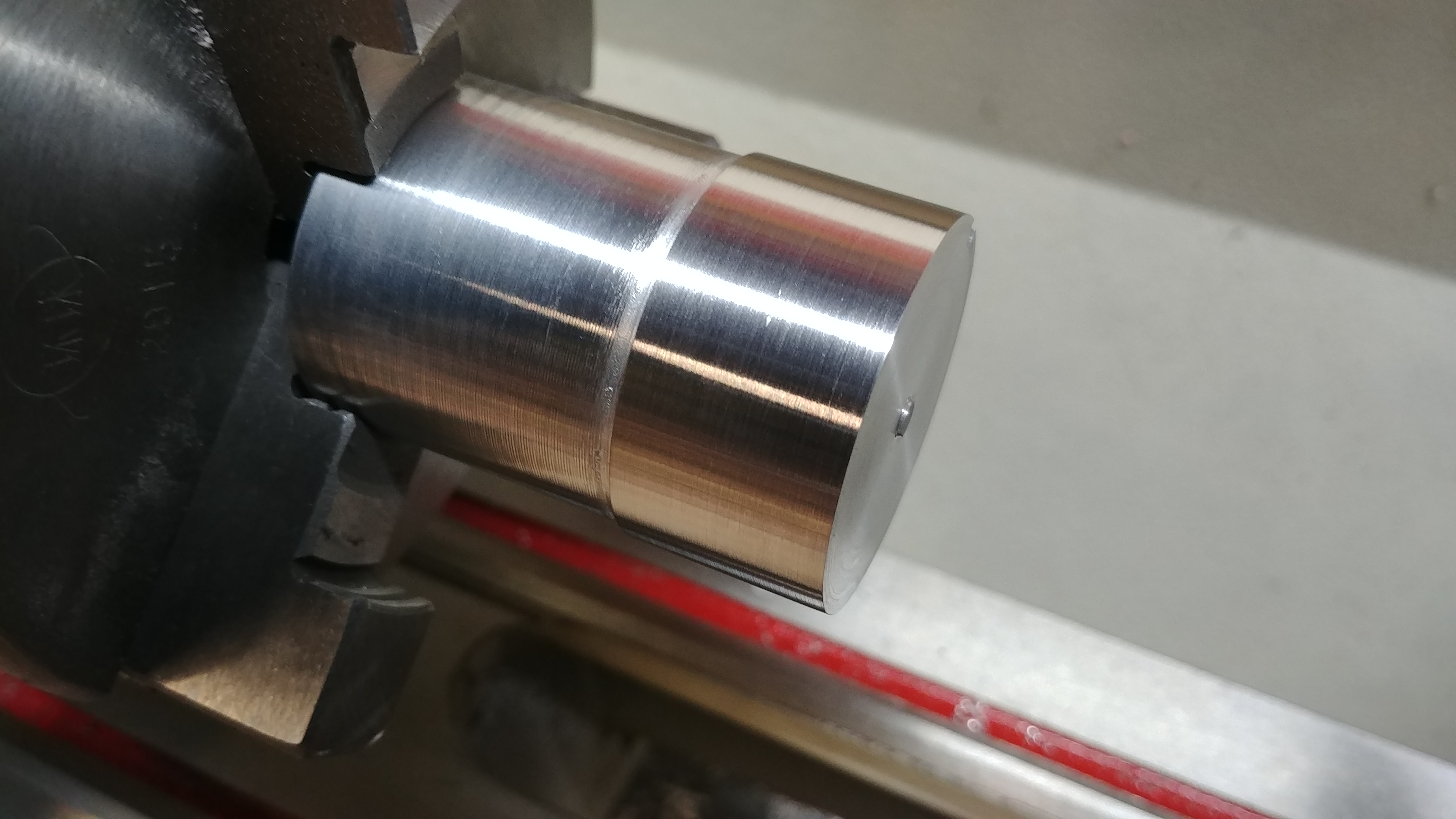 The next big job was getting the QCTP in place. Given that the Grizzly and Enco both have M10 tool posts, it *should* *have been straight forward, but because of that stupid boss on the top-slide that locates the stock 4-way post, it was going to need a bit of work. 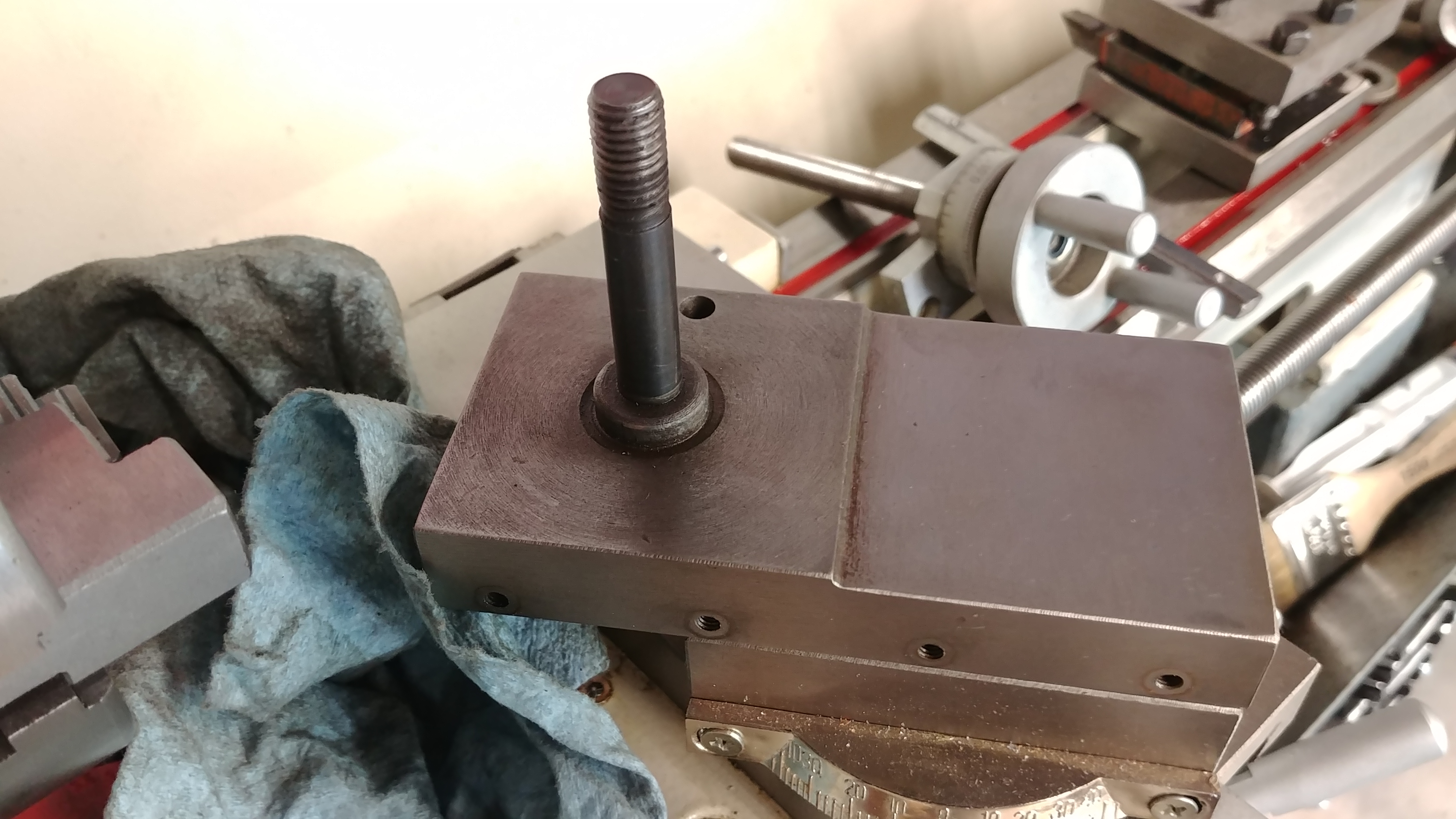 After some research, I found out that the stock tool-post presses out. 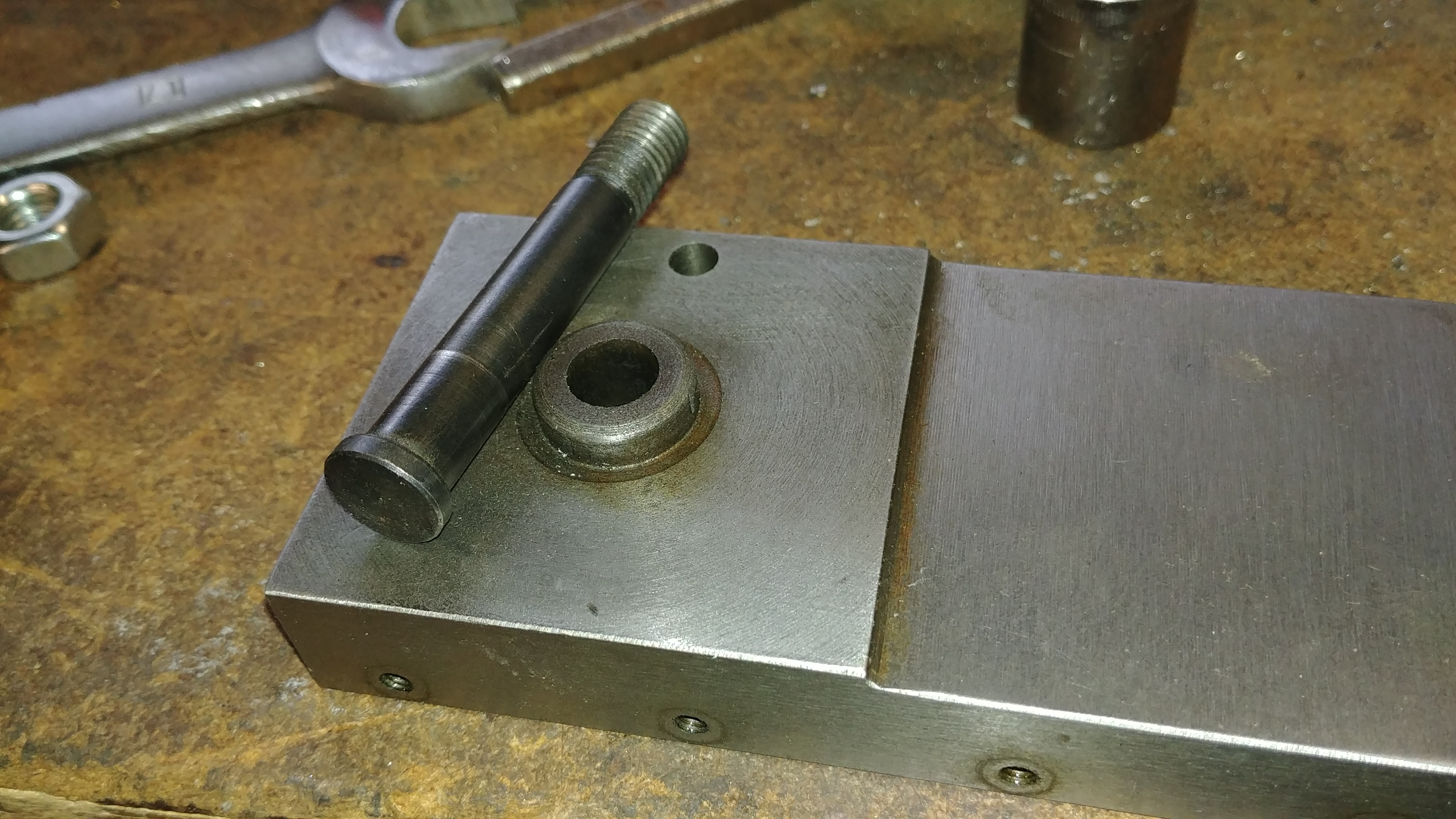 Since some machine work would be needed at the Right Honourable Reverend Dave Hardy, Esquire’s shop, to knock off that boss, we decided to go ahead and forgo the stock tool post all together and drill and tap the cross-slide to 9/16-18 and use the solid tool post that came with the QCTP. This should be QUITE a bit more rigid. Mmmm, girthy. 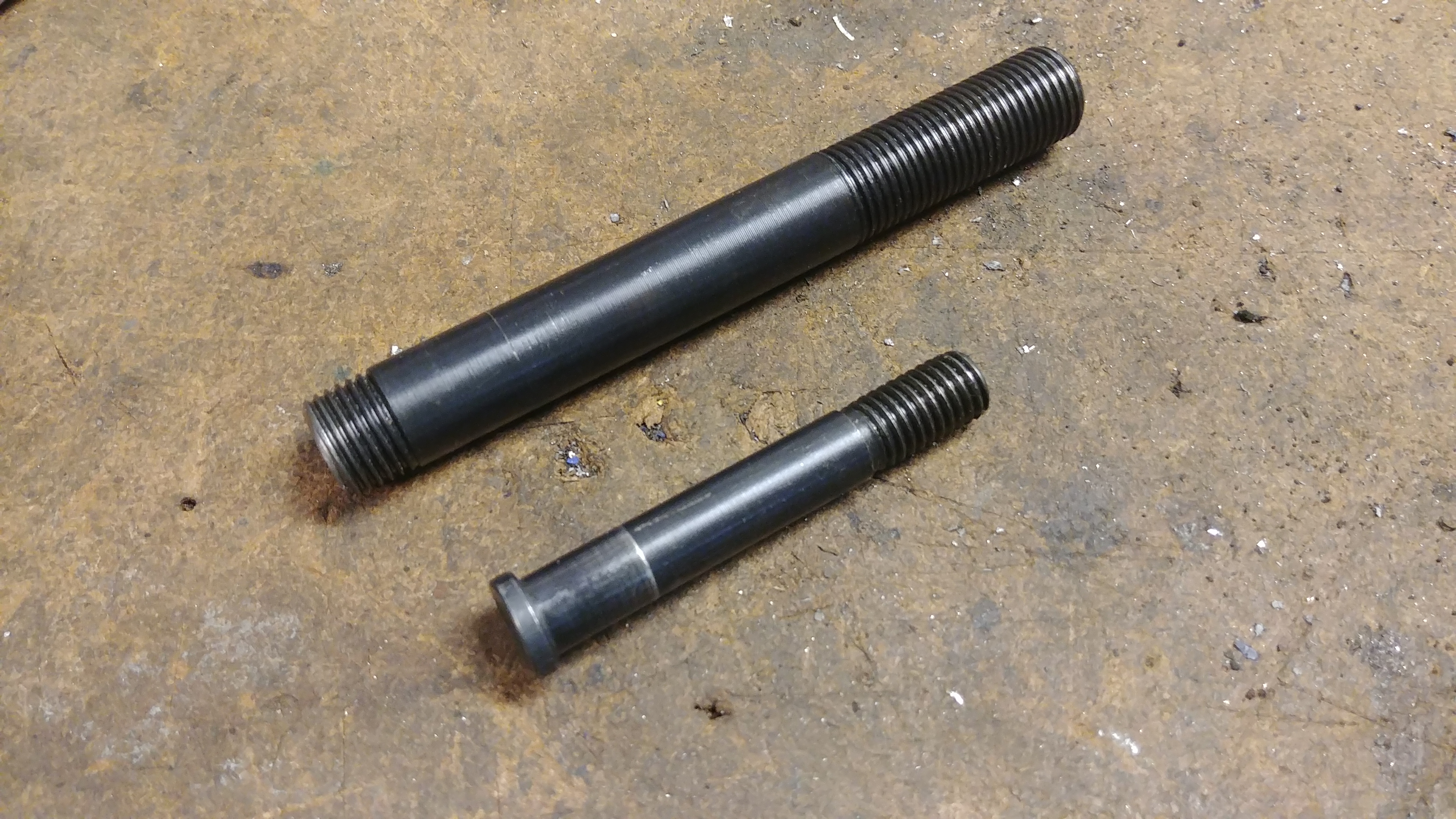 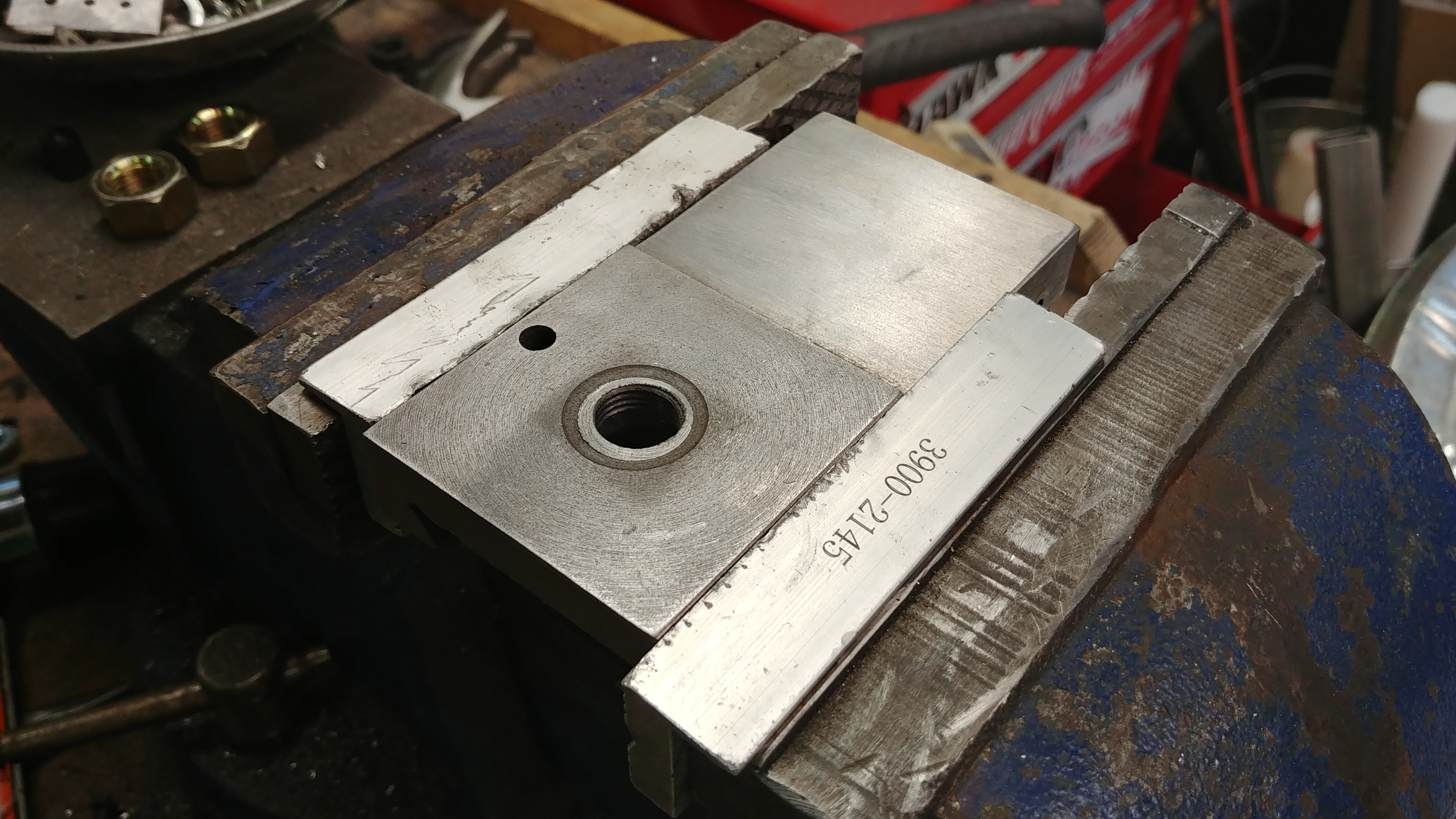 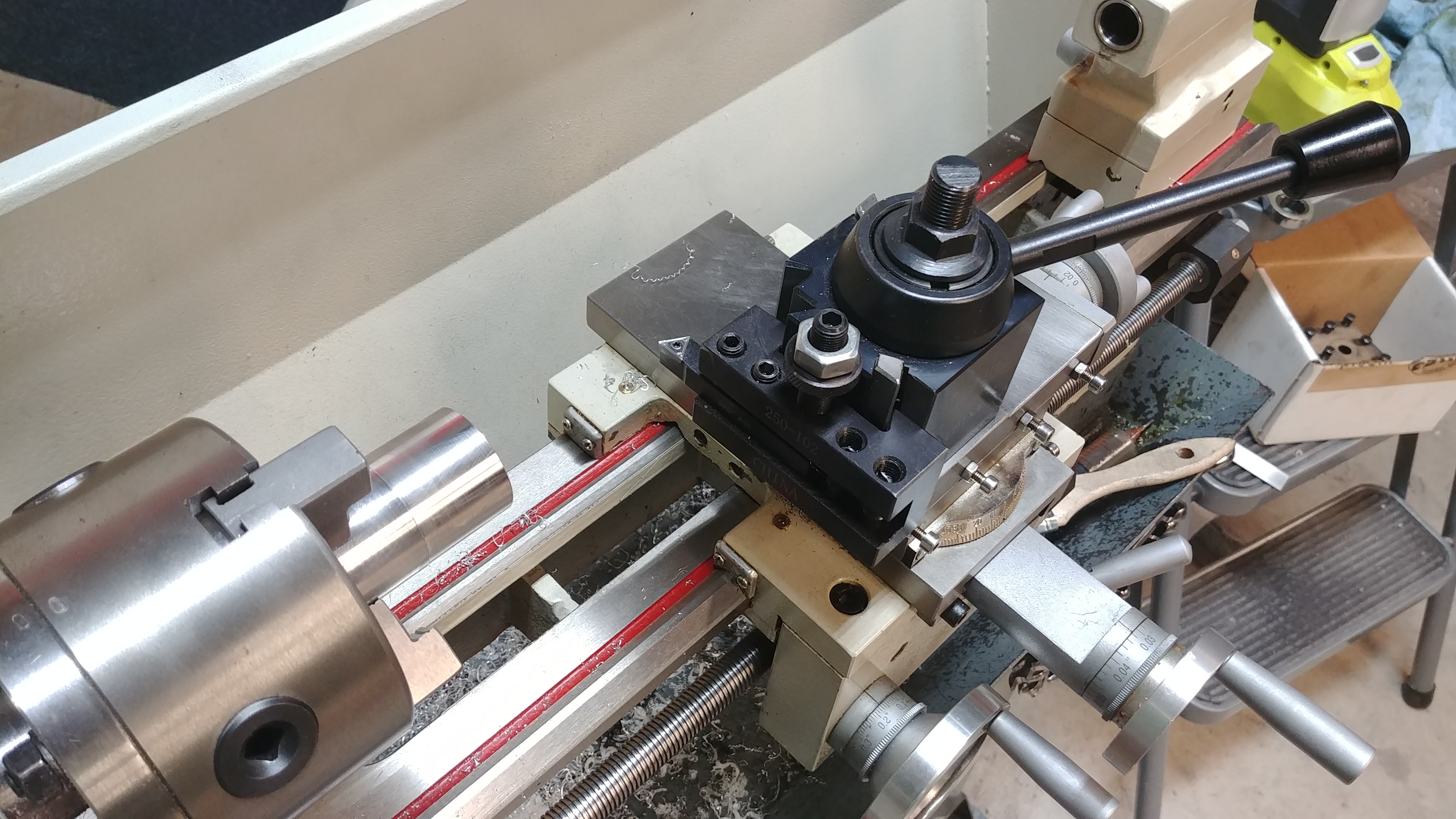 Now all that’s left is to cut a cone on the chuck to align the tailstock, and get the gibs adjusted, and I can start making parts!

It was bound to happen eventually, but the law of averages finally caught up with me. At the last event, something went very very wrong with the transmission. Not enough to disable the car, but it came in from a run and was stuck in 2nd gear. We were able to reef on the shifter until it popped out and into the neutral position, and got it loosend up to where 3rd and 4th were usable (but really really hard to find at speed). 5th and Reverse were completely locked out.

Upon inspection at home, I expected that there was an exploded shifter bushing inside the turret that was fouling things up, but the one in there is delrin, and shouldn’t degrade and get brittle like the stockers. There was no evidence of debris in the turret, so the transmission had to come out to get the good spare in. 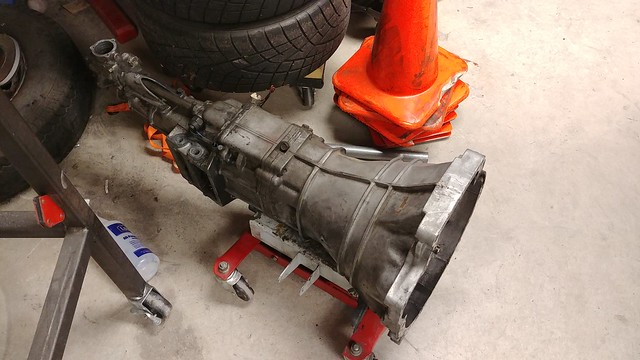 While I was under there, I realized that there were a couple of brackets protruding into the tunnel that interfere with the transmission going out / in from the bottom, so I did some Prepared things to them and…let’s just say they’re not a problem anymore. 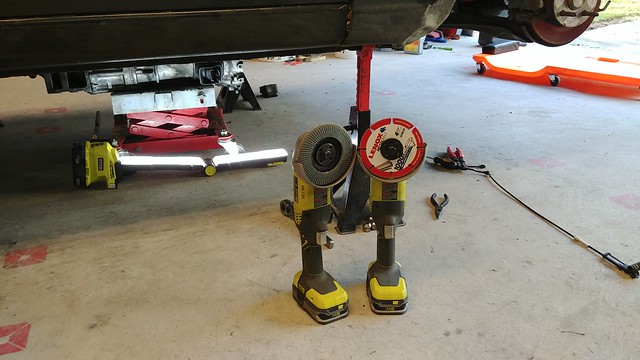 Pro-tip: there’s a bunch of different bolt lengths and sizes holding the transmission to the block and starter. Organization is important. 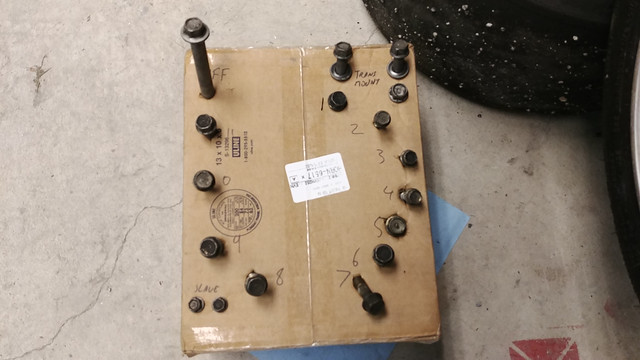 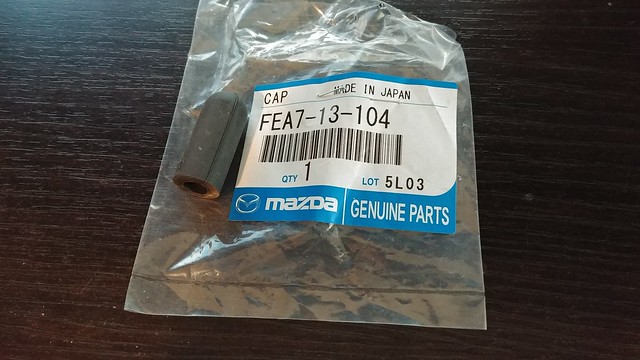 Now’s where stuff got decidedly un-fun: I’d forgotten, because it’s been an age since anything like this has gone wrong with the car (just before 2013 Solo Nationals, IIRC) that the mating between the Competition Clutch and the transmission input shaft has always been a massive pain. Honestly , it’s nearly a press fit. It’s obviously not, because it works, but ever single time I’ve had to work on it, it was a matter of getting the transmission close enough to start a couple of bolts 180 degrees off from each other in the bell housing and then slowly tighten them to pull the transmission into the clutch. Obviously, that’s not what you WANT to do, but I’m going to keep telling myself it was careful so it’s fine.

I have other friends running the same twin-disk clutch without these issues, so I’m pretty sure mine’s just on the tighter side of the tolerance.

The point of all this is that after one and a half hours under the car, we weren’t able to make any progress in getting the transmission in. We just could never get quite the right angles in 3 dimensions while working on our backs. After being thoroughly exhausted by that, we decided to pull the motor.

….to install a transmission. I know. But it was going to be easier to work on everything out of the car vs under. In about 45 minutes we had the transmission out. We then spent the next hour once again fighting to get it on until it seated JUST far enough to get the aforementioned pair of bolts started and pulled the trans in. 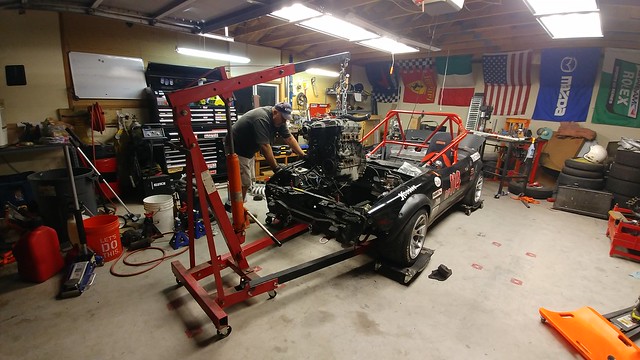 We stopped for the night after getting them mated and picked back up Saturday morning. From there, it was 2 hours from turning the first wrench to do up the rest of the bellhousing and starter bolts, until firing the engine.  Another 30 minutes and the exhaust, intake, prop shaft, trans fluid, shifter, coolant bled, etc.  were done and I ran the car through a warm-up cycle to make sure everything was working as designed. With the exception of that damn clutch, I LOVE LOVE LOVE how easy this car is to work on.

Less than 3 hours from engine and trans being out of the car to wheels on the ground and race-ready. That *may* be a personal best. 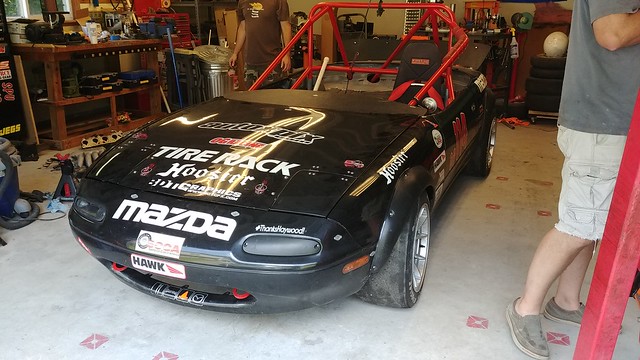 That afternoon, I took a couple hours to dig into the transmission and a) see how they go together (and realize I’m not cut out for working on them), and b) see what actually broke.
What I found was the counter-shaft (the one offset from the input and output shafts) was *TWISTED* so that the wheels that should move fore and aft on those splines couldn’t, jamming it in gear, and locking us out of the 5th / reverse gate all together.

Click to zoom in, it’s impressive just how bent that shaft is. 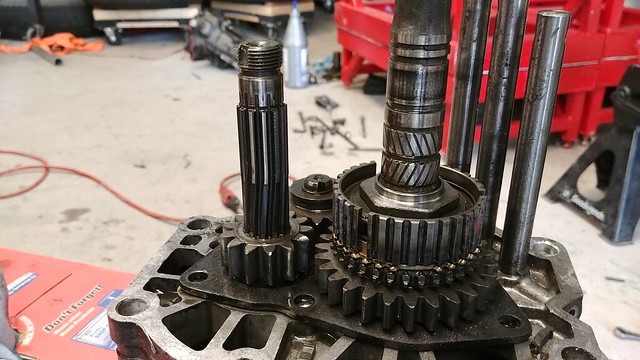 I’m only making 130 whp, but I guess 10 years of clutch-dump launches finally caught up to us. Given that consistent abuse, I’m pretty impressed it held up as long as it did. Because it wasn’t a gear wheel, or a shift fork or syncro, something relatively straight-forward to replace, the transmission has been relegated to the scrap bin. Before I tossed it out, however, it was recommended to me that an actual input shaft makes a FAR more accurate clutch alignment tool than the plastic ones every clutch kit ever comes with, so I cut the last foot or so of the input shaft off to keep as a useful tool, so I guess the transmission failure wasn’t a *complete* loss. 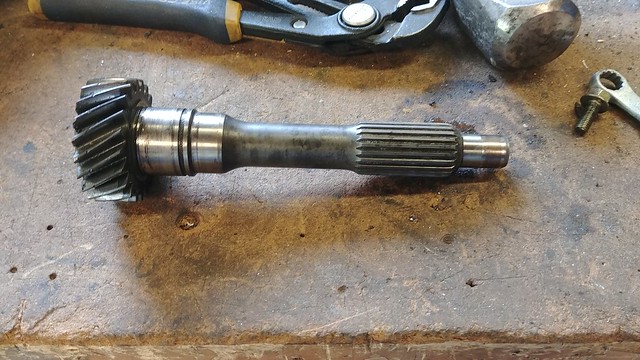