My front bumper has had a split in it for ages, that’s been progressively getting worse. Honestly, it’s impressive that it’s lasted as long as it has, through nearly 10 years of dedicated autocross use.

I found a piece of *cough* scrap sheet metal to make a patch to strengthen the area: 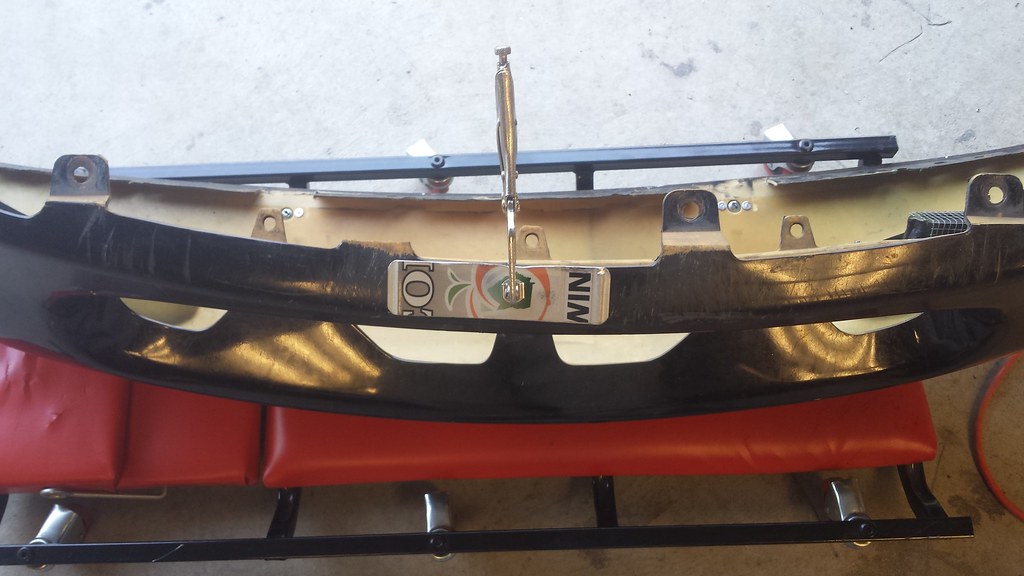 I figured 10 rivets would be a nice, round number. It obviously doesn’t need that under static conditions, but when you hit a cone at 50 mph, more is probably better. 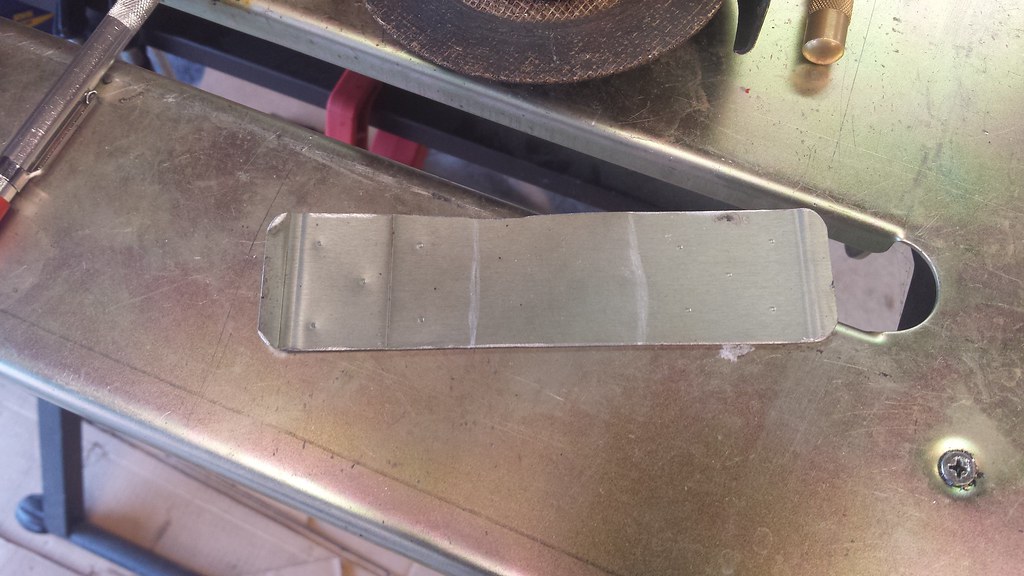 After a couple minutes on the drill press, then belt sander to debur, I positioned it on the bumper to transfer the holes through. 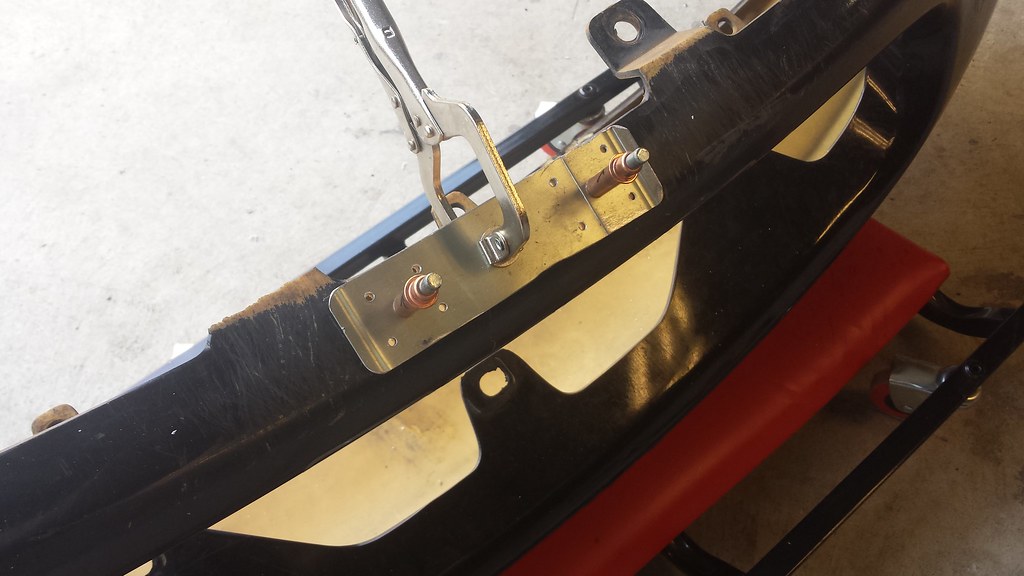 Final positioning before riveting it in place. 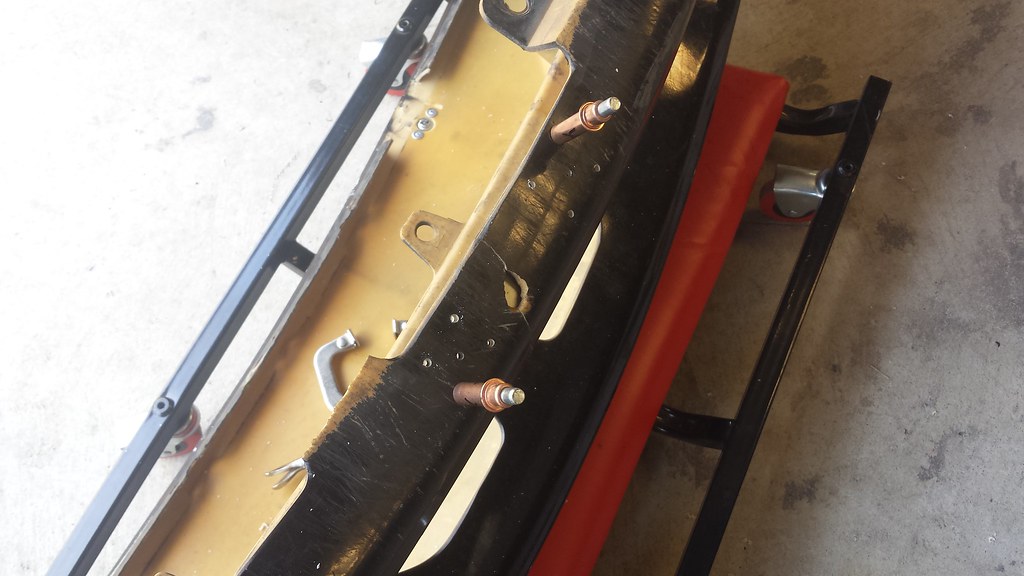 And the rivets in. Job done. And just picking up the bumper I can feel that it’s far stronger now, with a lot less flex overall. 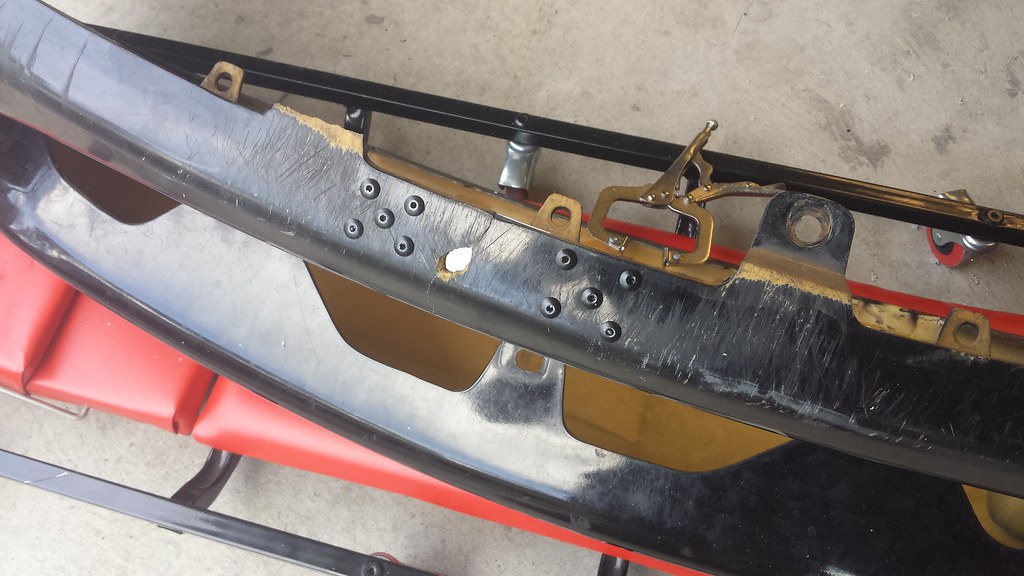 One of the things that drew me to the Prepared category was the possibility of some limited, but useful aerodynamic mods. Specifically, the  rules allow a 10″ spoiler in the rear, and a front spoiler / splitter that fits 1) completely under the body work, and 2) does not extend rearward past the leading edge of the wheel arches.

The time has finally come. 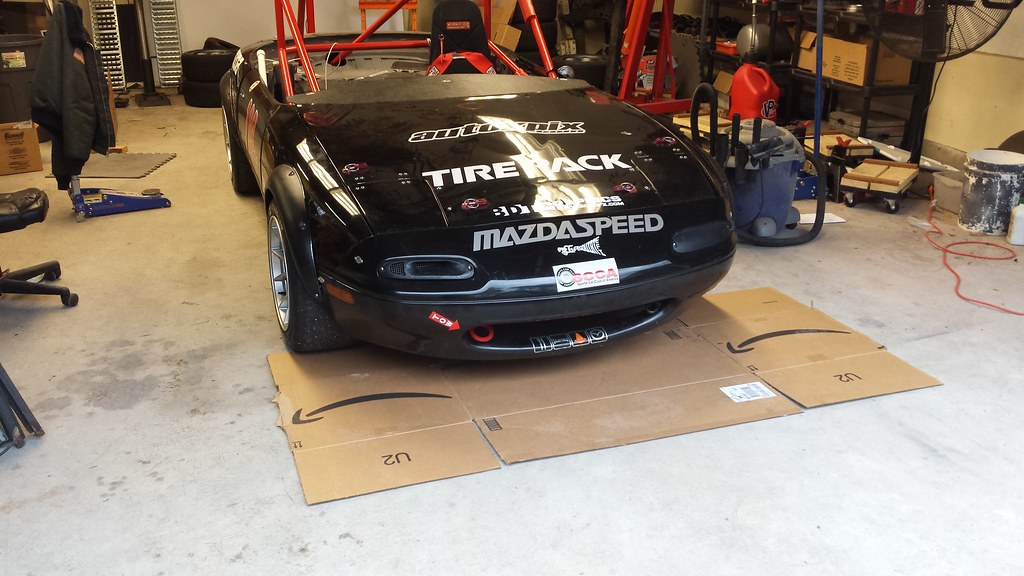 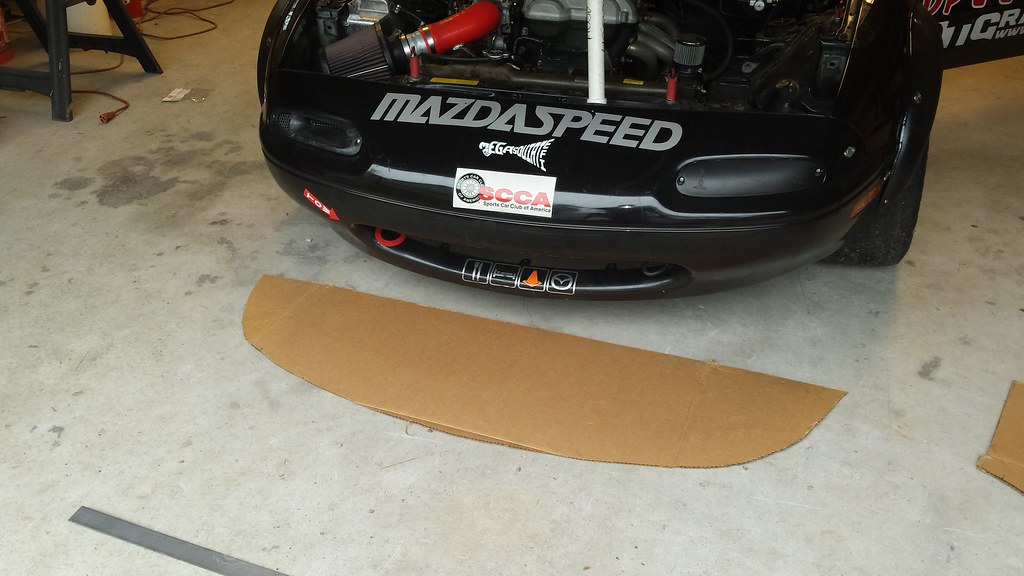 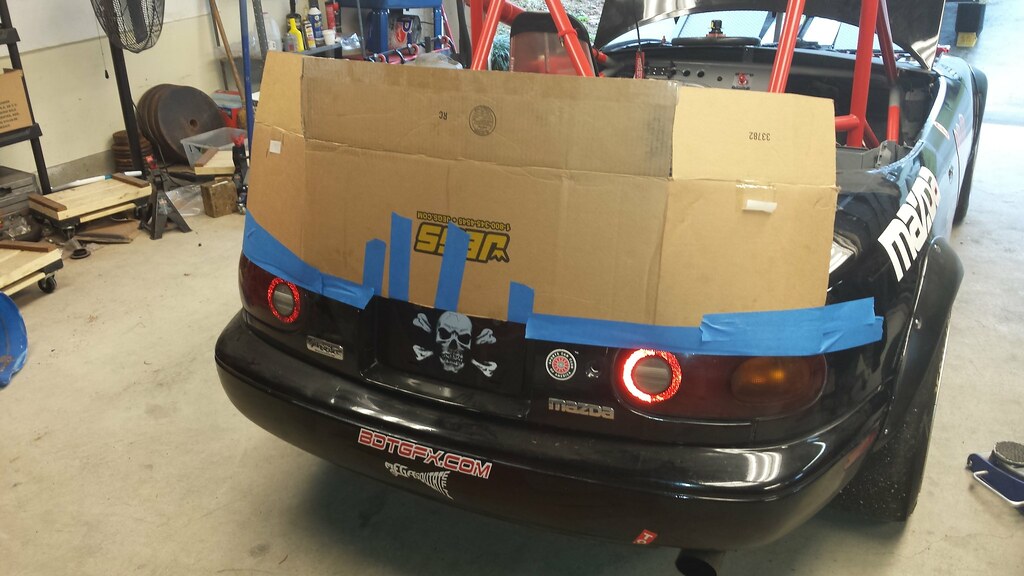 With that out of the way, I realized that I was going to be having the bumper on and off the car a bunch more, both in the fabrication process, and then in the future when to work on the splitter & mounts. Time to make it as quick release as possible. Most of that work has been done in prior jobs (cutting the fenders necessitated adding a dzus fastener per side to hold the bumper to the fender, and I got sick of dealing with hard to reach 10mm nuts, so I did another pair in the corners), but there was still the core support bar, and a nut & bolt per side where the front flares meet the bumper. I used a couple more of the pre-made spring brackets, and mounted the screws on the bumper to mock everything up: 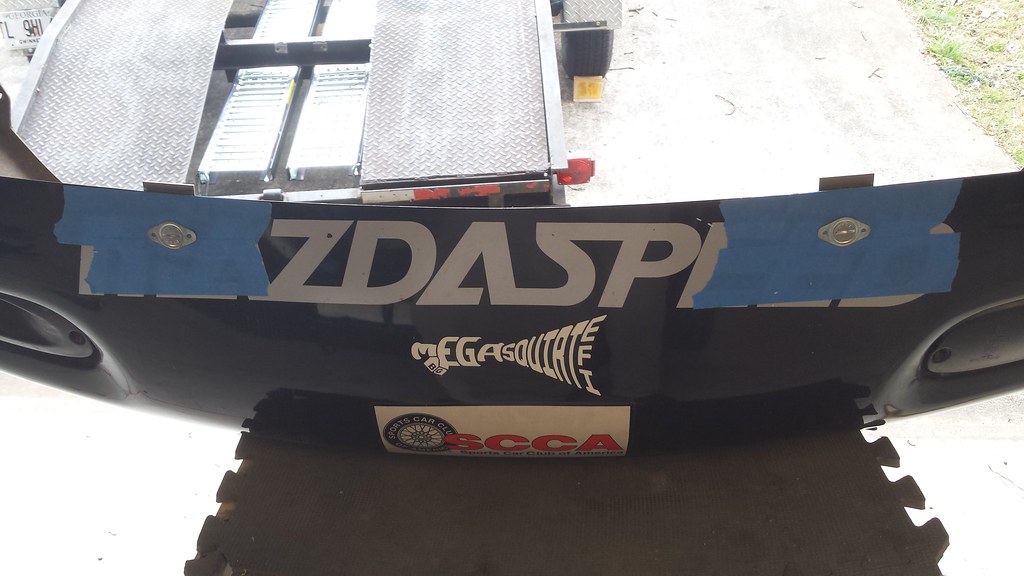 I decided to use a pair of short hacked-off sections from the original bumper mount to mount the Dzus receiver to, as they were convenient and could be removed if I was ever working on the engine bay with the bumper removed (pulling an engine, for example) so they wouldn’t be sticking up looking to draw blood. 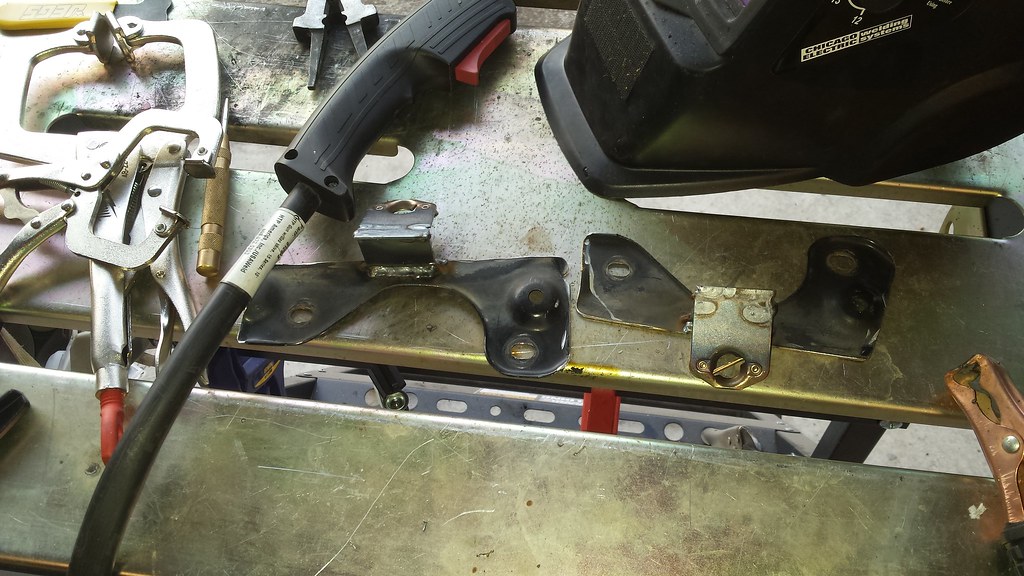 Beat it to fit, paint it to match… 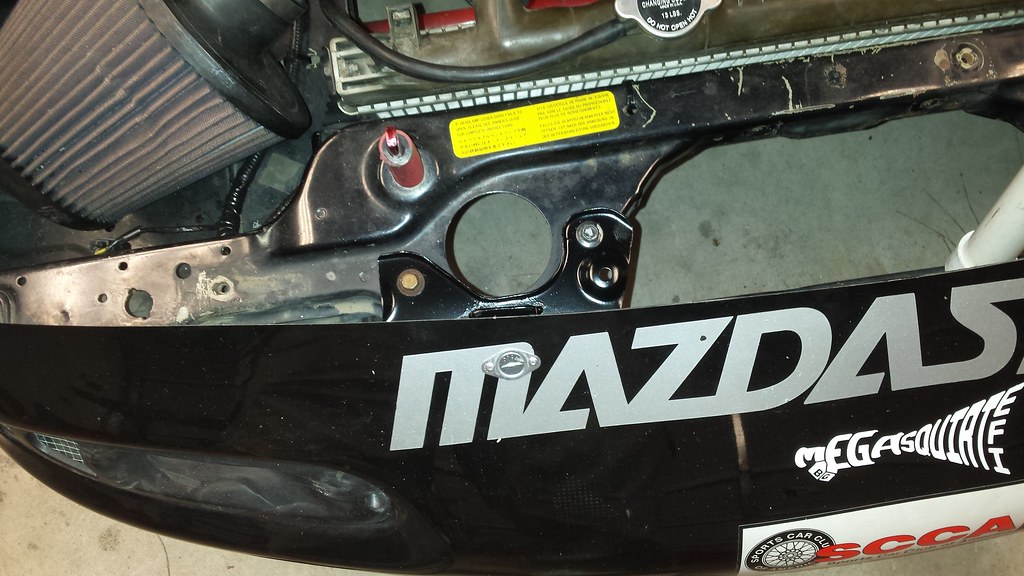 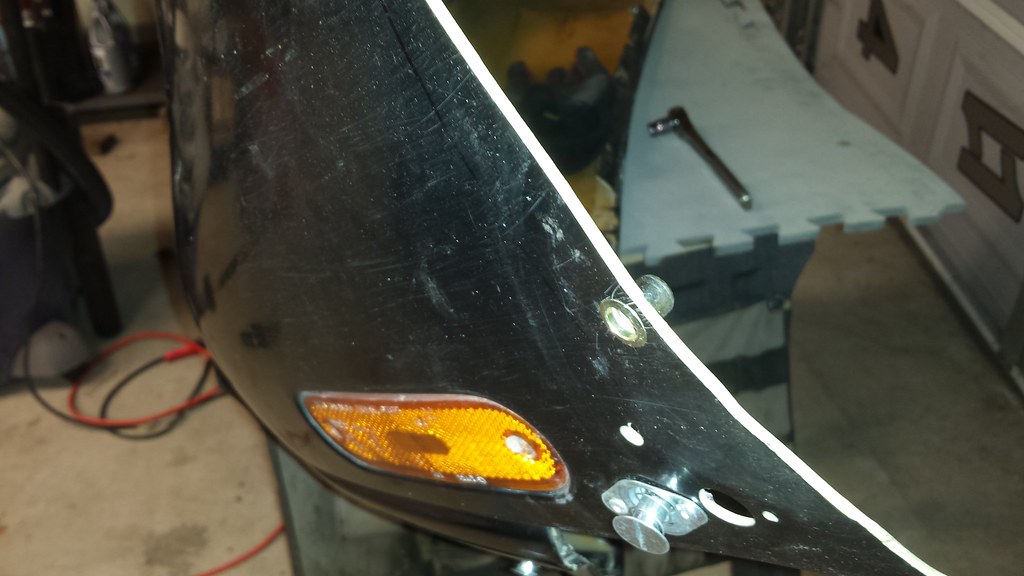 With that, it was time to start positioning the front spoiler so I can work out where it’ll mount to the chassis: 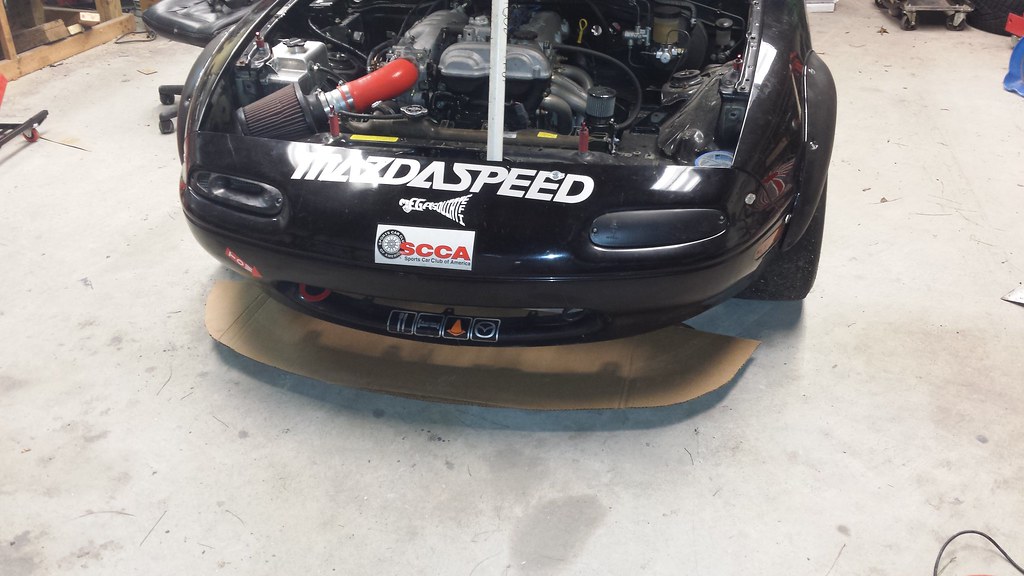 Turns out there’s a very convenient spot. The 2 holes on the frame rail on the far-right of frame were originally for…something some engineer found useful, I imagine… and are pre-threaded. I’ll be able to make a pair of brackets that drop down from the frame rail to meet the rear spoiler mounts. 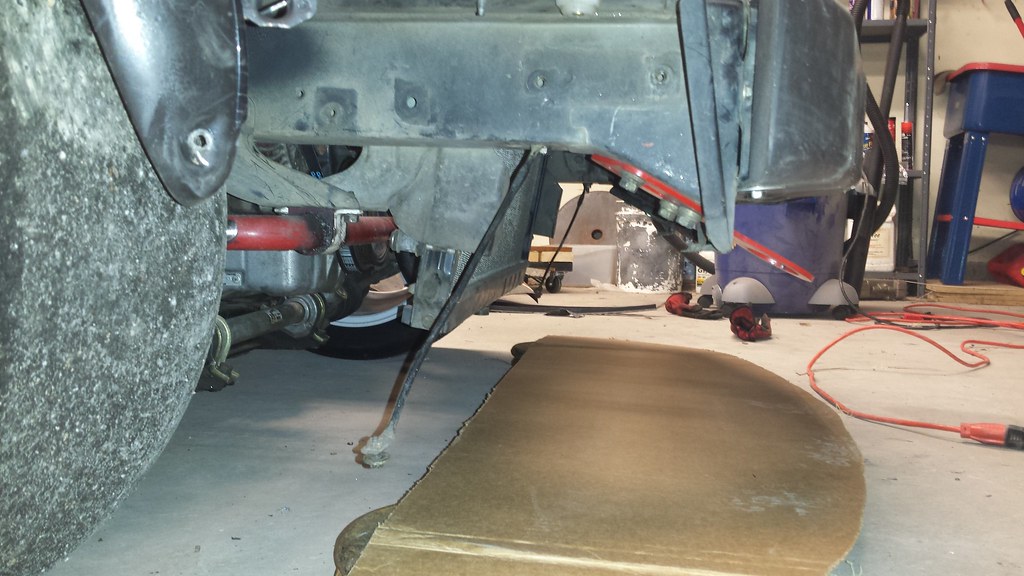 These are not the final design, but they should make a solid starting point for the rear mounts. I’ll probably be able to cut 1 in half and use it for both. 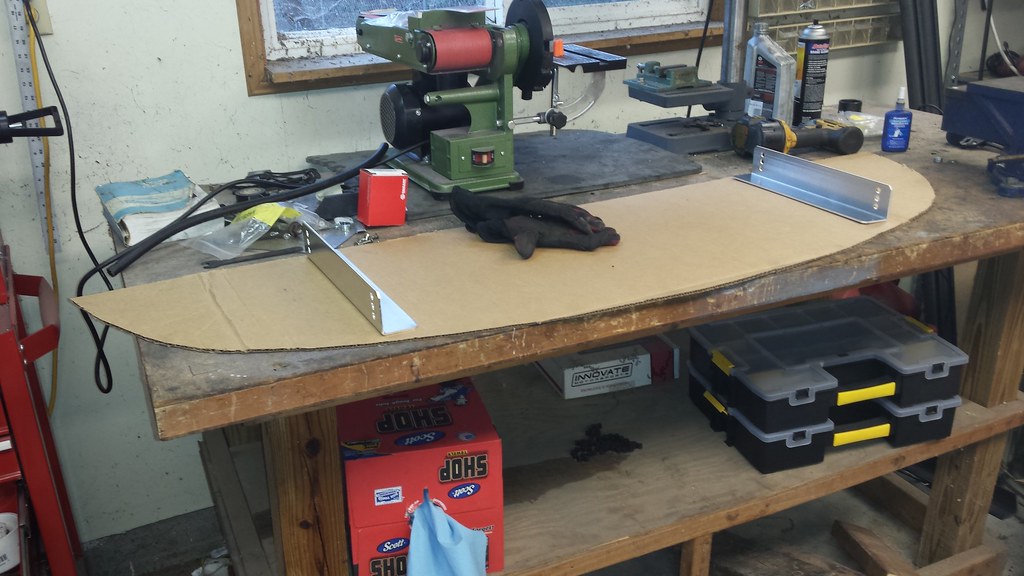 And finally, we ripped some ABS apart with a jig-saw and scribed out the lower and upper ‘maximums’ for the spoiler. I’ll need to notch it in 3 places where it will meet brackets made of 2 x 1/8″ aluminum as well, but more on that in the future. 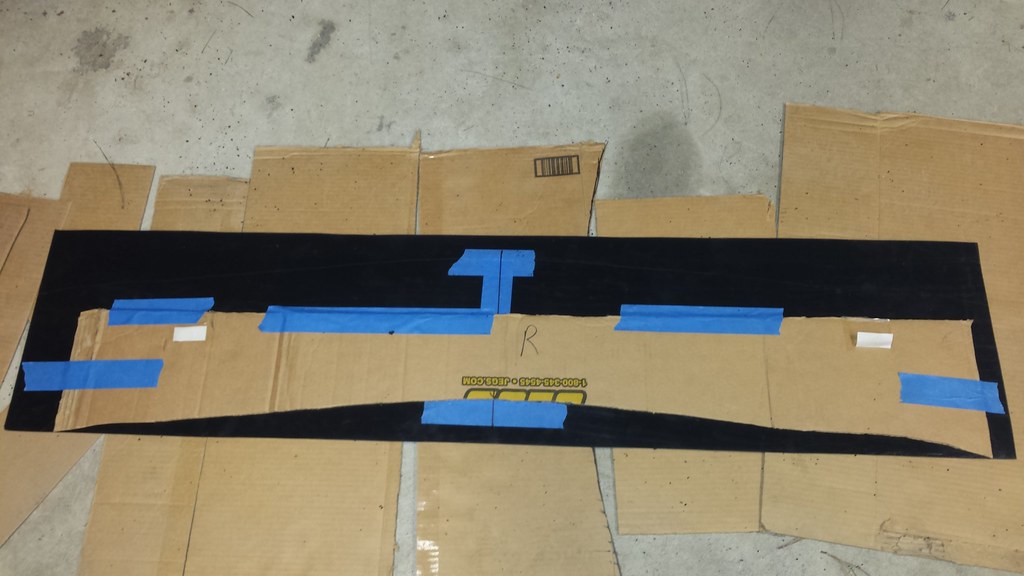