The 1st event of the season was a very loud reminder that I needed to do something about the anti-submarine strap on the 5 point harness. The angle and length it’s at, and on my particular seat, it essentially falls down to the floorboard every time the driver undoes their belts, which made strapping the next driver in far more annoying than necessary.

It’s a little thing, but at autocrosses with smaller attendance numbers, we’re often finding ourselves rushing drivers in and out of the car about as quickly as possible before it’s time to go again. In fact, at the 1st event we were the only 2-driver car in our heat, and even doubling up on our runs to cut down on driver-changes I ended up having to do 2 runs back-to-back to close the run group out. Sub-optimal (ha! sub!)

Fortunately endurance racing has figured this out eons ago. I sourced a short length of 1/8″ rubber surgical tubing, tied it to the belt and the front seat mount, and called it good.

The subsequent event had a very similar setup with us being the only 2 driver car in the heat, and we were able to manage just fine now that we weren’t having to fumble around with the belts nearly as much. I even managed to spend some time gathering tire temp data.  Win all ’round! 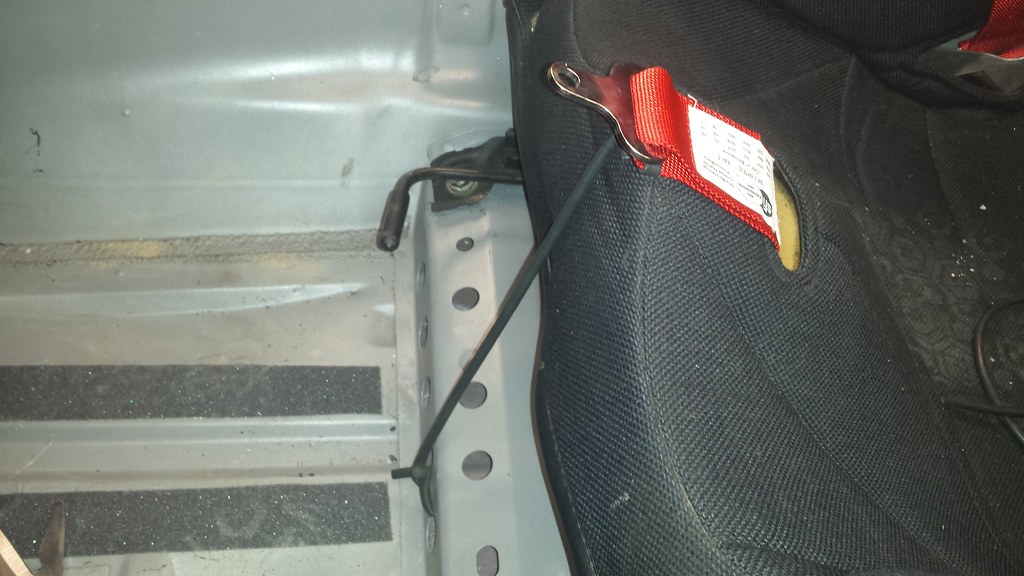